April has been quite the whirlwind for Depth Magazine with so much happening. Stopping to take a breath and look back at April feels like a well-earned pause. Here’s a run down on what we’ve been up to.

Frankly, the new music just didn’t let up. Waves and waves of impressive pieces of music were released in April and it was tough for us to keep up. What we shared was only a fraction of what crossed our radar. It was therefore really convenient that Josh Hockey joined the Depth Magazine team in April; adding his creative energies to the writing team, as well as having a lot of passion for continuing to grow Depth. In April we also had Alex Sievers of Kill Your Stereo kindly share his passionate love for Danish black shoegaze band Møl in a guest post.

Here’s some of the new music we raved about. You can catch the full coverage under the ‘New Music’ menu:

Møl – Bruma: “Møl weave together layers of grim and uplifting instrumentals, deeply pained vocals and plenty of existential lyrical anguish as they conceptually rage against the ever-fleeting nature of time like grains of sand caught in a heavy wind.”

Zeal & Ardor – Gravedigger’s Chant: “An unwavering piano melody is joined by massive bass pulses, organ hums, and a distorted and empassioned voice. The track ebbs and flows, unfolding like something horrifying you can’t look away from.”

Ambleside – Blur: “Compassionate observation of self-sabotage, which includes losing grip of their goal in life. Ambleside’s slick blend of melodic sounds and satisfying heaviness expresses a desperate attempt to break out of a nothingish existence (a two dimensional existence even) into something real.”

生 Conform 死 – Blood Eagle: “With static beginnings and unnerving riffs at the introduction, gritty vocals try to find their place over uneasy loops. Swirling and building, we’re dealt a measured and sombre delivery of how bad things have been.”

Better Half – Rest Your Head: “The mindgames that one plays with themselves when in a relationship are perfectly reflected here, as this beautifully written track really tugs at the heartstrings.”

Drown This City – Third Law: “In shadows and adorned by snakes and skulls, the music video paints a powerful and dark picture of revenge and a multi-faceted stance of silence and defense.”

Some potential Album Of The Year 2018 contenders passed by our ears this month. We explored a full spectrum of sound, from heavy intensity of Greyhaven through to more sedate sounds, such as from Slow Talk. Check out any that you might have missed: 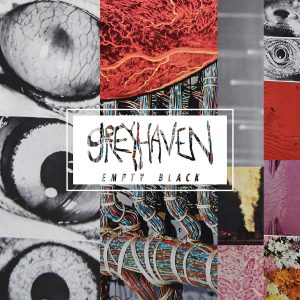 “As I sit and take it all in, I’m struck by a sense of being in a rising swamp of sticky impossibility and agreeing to stupidity as a ‘solution’ in ever increasing desperation. Greyhaven seem to be pouring their creative energies into exploring the (very real) doomsday march of humanity.”

“A powerful and moving invitation into the Underoath story. They share with us from multiple angles what it was like to exist within the confines of a life that wasn’t the truth of who they were anymore, as well as the painful process of breaking free of that into something else. These songs are courageous expressions of truth wrapped up in sound.” 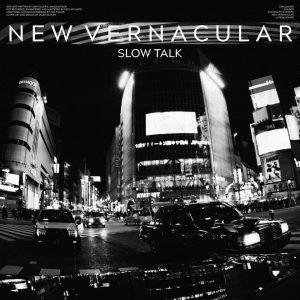 “New Vernacular is an honest and heartfelt EP, as it takes the listener on a journey through a range of different emotions. It delves deeply into the lives of both band members, and mixes the lyrical content perfectly with the instrumentals. There is not a single song where the instrumentals and the tone of the vocals do not perfectly match the meaning and emotion that is being displayed through the lyrics.” 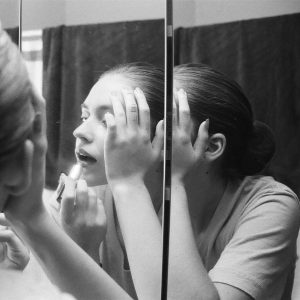 “Honest words tumble into a storm of skilled and heavy riffs, where sitting in the eye of uncomfortable difficulty is only a momentary relief. The knowledge that the pain will continue hangs like a fog over the album, and might make it tough to absorb with focused attention. Wrung Out is musically impressive and is laid out over a landscape that features dark crevices as well as wide plains of isolation. It’s beautiful and real even in its darkness. Lume have taken some of the worst of the human experience and impressively channeled it into song.”

We went deeper in getting to know Gravemind and Slowly Slowly respectively, in response to new singles the bands had released (and upcoming album in Slowly Slowly’s case).

April was HUGE for live music for us. We hit music venues across Melbourne and caught some hectic as well as moving shows. There’s nothing like soaking up live music to reinforce the connective and inspiring power of music, as well as how much passion is keeping the scene alive and well. Liam Davidson, Rowan Donohue, Mitch Strangman, and Albert Lamontagne shared their photography skills with Depth Mag to bring our show reviews to life.

Click for more details on any of these shows:
* Thornhill Butterfly EP launch – with Sleep Talk, Mirrors, and Incentives
* Counterparts & Stray From The Path – with Ocean Sleeper and Pridelands
* Polaris Mortal Coil tour – with The Plot In You, Ambleside, and Tapestry
* Endless Heights Vicious Pleasure tour – with Harbours, Paradise Club, and Caged Existence

We were stoked to be asked to co-present the East Coast tour for Blue Velvet and Mild Manic. Coupling honesty and self depreciation with upbeat and dance-inspiring sounds, the showcase of music at The Penny Black was an unreal experience. All the details:

Back in 2017 we kicked off a short trial run of Depth logo shirts. They’ve been sitting patiently on a shelf until now that we’re putting them up for purchase. We’re keen for hoodies and other cool things in the future, and the shirts are a first step. Check em out:

We have some really cool feature articles in the works for May that I can’t wait to share when they’re ready. Depth is our favourite online music magazine, and something we’re excited about. We share the content that we love to see from the reader’s perspective, and we hope you love it too!

Follow what we’re up to here, and tell your music appreciating friends where to find us: