In response to their dark tinged and beautifully immersive album Vicious Pleasure, Sydney five piece Endless Heights are celebrating with a tour of Australia. We were at Northcote Social Club in Melbourne, and very keen to see this go down.

The night opened with Caged Existence, a relatively new band on the scene who drip with passion for Melbourne hardcore. The unique configuration has Steffanie on vocals, tandem-singing with Jake on drums (honestly in awe as well as jealous of the coordination and talent that combination must require). There’s also Angelyn on bass, and Paul and Will on guitar.

Never having seen these guys before, I was seriously blown away by the riffs. I fully understood why there were two-stepping dudes throwing themselves around immediately with the set starting. A huge amount of energy tied the band together from front to back, where raw vocals, solid riffs, and fluid tempo transitions played out. With menacing riffs with ‘fuck off’ level breakdowns and fiery vocals, Caged Existence are clearly a determined force on the scene. I kept waiting for the bassist to lose her (very still) self into the hardcore majesty, but it didn’t happen. Maybe next time.  The band also hinted new release news, so stay tuned for that.

Paradise Club brought their dreamy melodic sound and warm vibes to the Northcote Social band room. Far far more chilled than the previous set, the crowd was breath-holdingly quiet and captivated in the steadily unfolding set. The four piece of Gere, Huon, Tom, and Jack brought us music to escape into, to numb the sharp edges a little. With vocal focus and storytelling guitars, I felt as though I was buffered inside the fluffy comfort of a romantic movie ending, knowing somehow that everything will be okay. 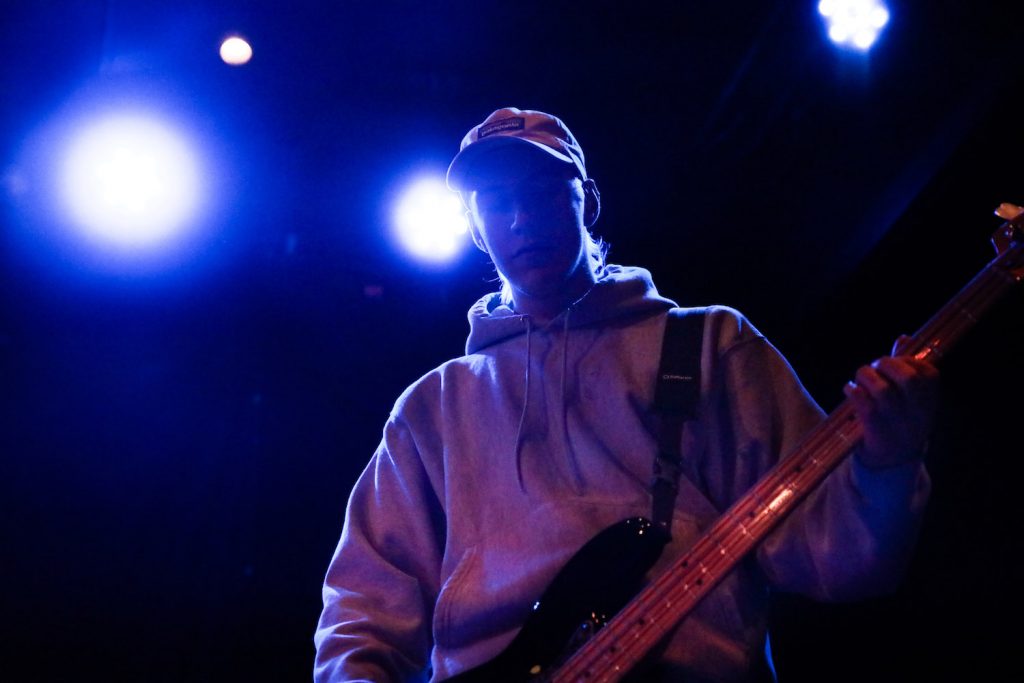 Melbourne alt rockers Harbours were a wake-up call, coming out with punchy high energy and drawing us into their set. The five piece had impressive momentum as a stream of intense and driving rock came at us, where huge soaring moments were a stand out. They talked new music before going into a more emotive and gentle territory. Soon back into strength, this new track had a powerful feel like reaching out to another in empathy. Harbours were musically brilliant, and instrumentally focused sections showcased this, along with impressive vocals and harmonies. “Take Me Under” brought huge energy as well as a crowd moment for vocalist Tory.

I’ll do my best to put the incredible Endless Heights’ set into words. The guys took to the stage with “Taste It”; a perfect start in its ominous and beautiful sound. From there it was incredible hugeness and powerful punchiness. Frontman Joel noted the insanity of the crowd and he was not wrong: Vicious Pleasure enthusiasts were hyped and wanting to be a part of the experience.

Melodic hugeness courtesy of guitar and heart-thudding beats, flawless live renditions of tracks like “Come a Little Closer” flowed out at us. Intense stage movements from Joel were mesmerising as well as adding to the ever growing enthusiasm. With crowd surfing and stage dives, the entire experience felt both wild and connective.

In between songs, Joel acknowledged the power of creative arts, using them as an anti-depressant and sharing things openly. He spoke on behalf of the band and their desire to write songs that scared them, and how happy they were that they resonated so powerfully. He revealed some of the inspiration behind “Teach You How To Leave”, echoing the power of music, and clearly walking the band’s talk by just how much is poured into the creation of their music, as well as expressed on stage.

Seemingly moved by the experience of the show, with everyone in the crowd so actively engaged in the music, with singing, moving, or crowd surfing, Joel shared that he had goosebumps all over: “This is what we’ve worked toward for ten years”.

Seeming to become ever more emotionally moving, we follow the band down a more tender and vulnerable path with “Paralyse”, before the heftier and still heart-wrenching “Run”, which seemed purpose-built for pit wildness in its intense build up and ending riffs.

“There’s something wrong with me”

The more anthemic yet still eerie “Heart Of Your Lie” was celebratory in feel as both the final track of Vicious Pleasure, and the last before the band left the stage.

At this point I wondered just what it was that we did to deserve Endless Heights. Relentlessly strong in their presence on stage, while also being humble and honest in their music, Joel, Matt, Jem, Christian, and Julian seemed to only just get back from touring in Europe, yet nailed a flawless set. I would go so far as to say it’s the best I’ve seen them perform.

“Pray I Fade” was the encore cherry on top of the ‘wow’ set, leaving me feeling high on their performance and the night as a whole.

Photos are courtesy of Albert Lamontagne.