Let Me Leave has been referred to by Shontay as “a culmination of personal experiences that we have all experienced individually and as a band. It covers the hard times, the dark times and starting fresh”.

We couldn’t wait to dive in and get to know Saviour and Let Me Leave, and reviewed it track by track. 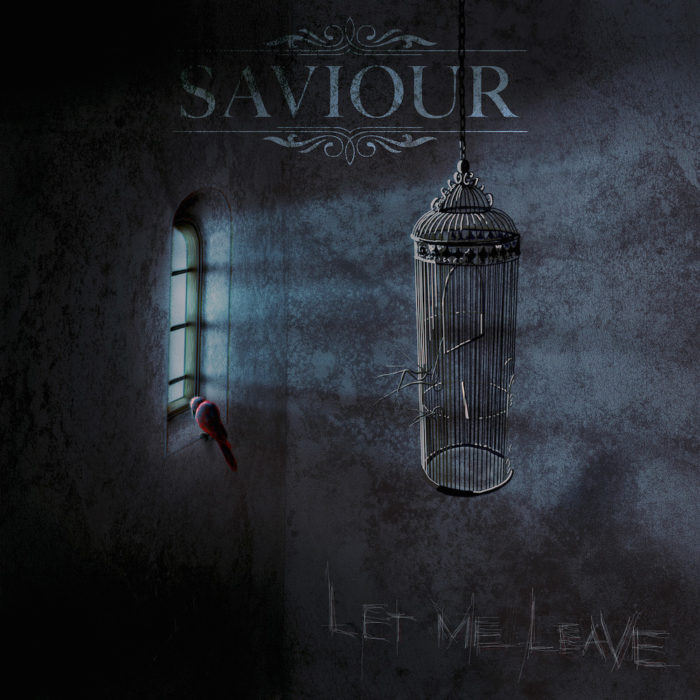 Let Me Leave begins with “April” as the first track on the album. It opens with synth sounds and gentle guitar. Shontay’s vocals appear first on the track, speaking about lost love. In a snap second, Bryant joins in and we have the chorus including the album title up front and centre:

Shontay’s vocals express a role in a dysfunctional relationship well; where there’s a need to leave but also a desire to stay for other reasons. To me, the blending of vocals has Bryant play the role of the angry and venting part that might be attempted to be subdued and kept within, where Shontay’s vocals keep it together, despite being softer.

The second track “All I Am Is You” is heavier than the first and has an impressive introduction with what sounds like violin, guitar and drums combined. Shontay’s folk-esque vocals invite the comparison of herself with the ocean. This metaphor continues throughout the song (“I’m praying for the tide to change / Just like you, the ocean takes my breath away”).

There are so many powerful pieces to this song, from the simple (Shontay’s “I know / you know” closing the chorus), to the complex. The bridge is one of those powerful pieces, with a raw emotional expression pouring from Bryant and a building of violin, guitar and drum beat. This massiveness of sound continues to the end, with a repeated light vocalisation closing the song. (I will admit that I played the bridge of this song over and over because it was so good.)

The third track on the album is “The Quiet Calm”, another powerful song with its own massiveness of sound. This is exceptional on all fronts, with heavy guitars, drums that drive the track forward, plaintive strings, sweet yet anchoring vocals of Shontay, and Bryant leaning into a wall of sound with his screams and nu metal-esque raps. In-cred-i-ble.

Next is “Pressure and Composure”. This track musically seems to open and close, with sections of distortion as well as wide open sound. The song opens with light keys, guitars and Bryant’s vocals, distorted, before opening wide into a rich sound. Bryant’s voice is amazing; expressive, passionate and every lyric feels completely authentic. Shontay’s vocals are present on the track with more of a supportive role.

The bridge is impressive and we’re loving the guitars and the raunchy bass that shows up there. It’s quite a contrast to the more electronic outro. “Pressue And Composure” is another sick song and we’re already digging Saviour.

“The Cool Calm” is next and is a world away from the heavy wildness of the previous track. It’s a light sound, with wavering watery chords and a gentle, more electronic beat, with Shontay repeating soothing vocals throughout. She’s joined halfway through by strong drums, a grounding bass, and weaving guitars. These fade out and a zen Shontay and electrobeats are what remain to close out the track.

“Forget Me” is track six and we’re into the fray again with a heavier sound. The chorus is mind-blowing, with time signature stretching musical theatrics that are almost disorienting. It’s fitting for a song relating to forgetting and erasing parts of the mind:

Which way is up? What’s me and what’s you? Maybe that’s the point that Saviour are getting at.

On the surface, “Like This” has the feel of a beautiful light yet powerful duet, combining the unique powers of the two vocalists with a great dynamic. Yet the percussive effects and an expansive sound of the entire band makes “Like This” into a collective piece expressing a whole lot of heart-swelling emotion from all fronts. Every single contributor. Impressive.

“The Low In Hello” is introduced by dirty guitar, Shontay’s vocals, before even more dirty guitar and kickass drums. Love it. Again I’m a massive fan of Bryant’s expressive vocals and they are amazing in his sections in “The Low In Hello”, along with an amped up musical heaviness which is perfection.

“Wildfire” has Shontay and Bryant join forces and combining their vocal powers. It’s beautifully heavy, and we love the growling bass loops, Bryant’s growls and the drumming at the bridge.

“Little Birds” closes the album and feels like a letting go. The light guitars feel lifting and hopeful. The drums give this track a climactic feeling and it’s a perfect sound for a last song. Fluttering guitars end the track.

Let Me Leave is incredible. The dynamic of the two vocalists works well, with Shontay keeping the straight and narrow with her lighter yet less emotionally raw voice, and Bryant carrying the role of strong emotional expression. Musically the band are cohesive and carry an energy that supports the entire group, giving room for more experimental sounds along the way. This is melodic hardcore that you’ll want to listen to again and again.

The album can now be streamed here.