Sydney based four piece Down For Tomorrow have been busy behind the scenes! Recently released single “What Could Have Been” is just a taste of what’s to come for Cody Stebbings (vocals/ rhythm guitar), Henry Beard (drums), Sam Richardson (bass/backing vocals) and Tom Bleasdale (lead guitar).

Cody has kindly given insight into the band’s studio experience at Electric Sun Studios, with this studio diary capturing a bit of Down For Tomorrow’s personality in the process! 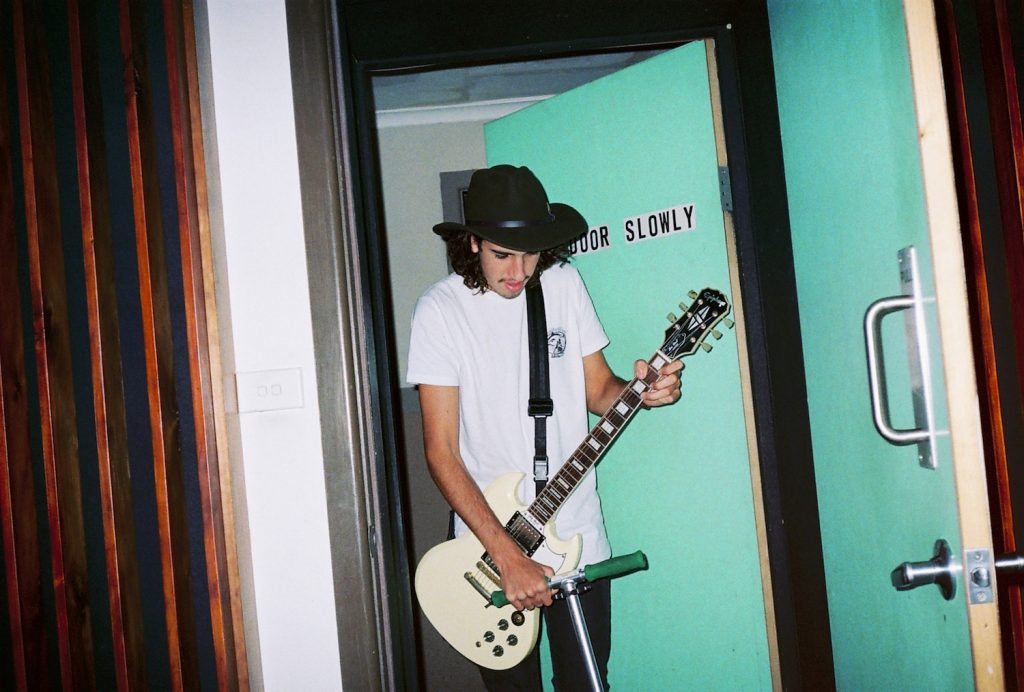 “This was during pre-production. Tom asked me to take a photo of him playing guitar while riding a scooter through the door. That’s all I need to say about that one.” 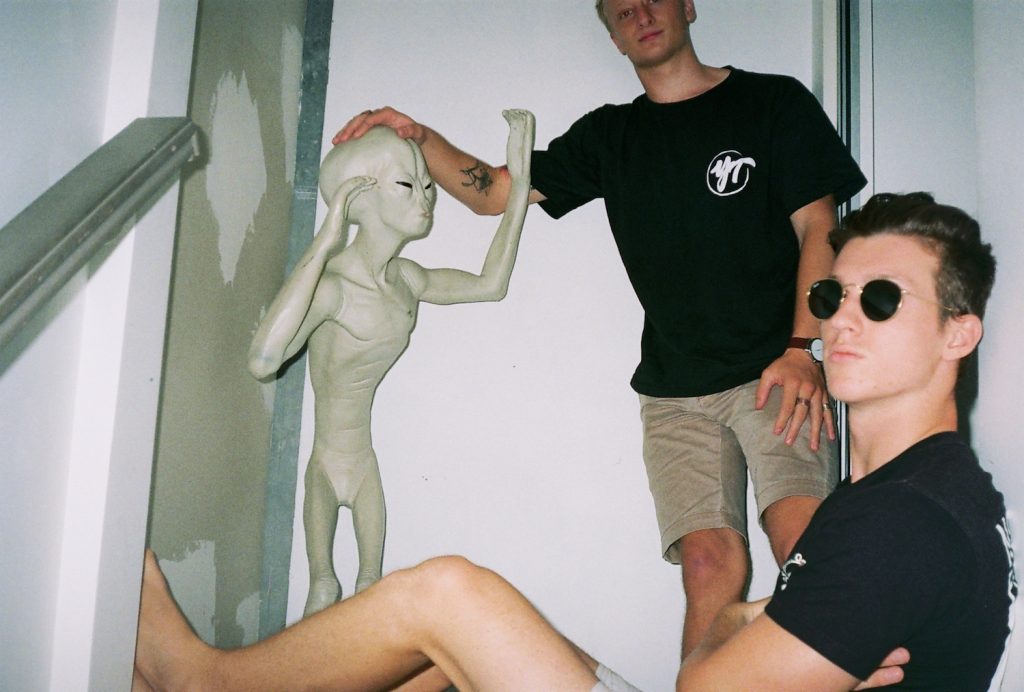 “Whenever you record at Electric Sun Studios, a photo with the alien at the top of the stairs is compulsory. You bet we’ll be reenacting the same photo every time we pay a visit.” 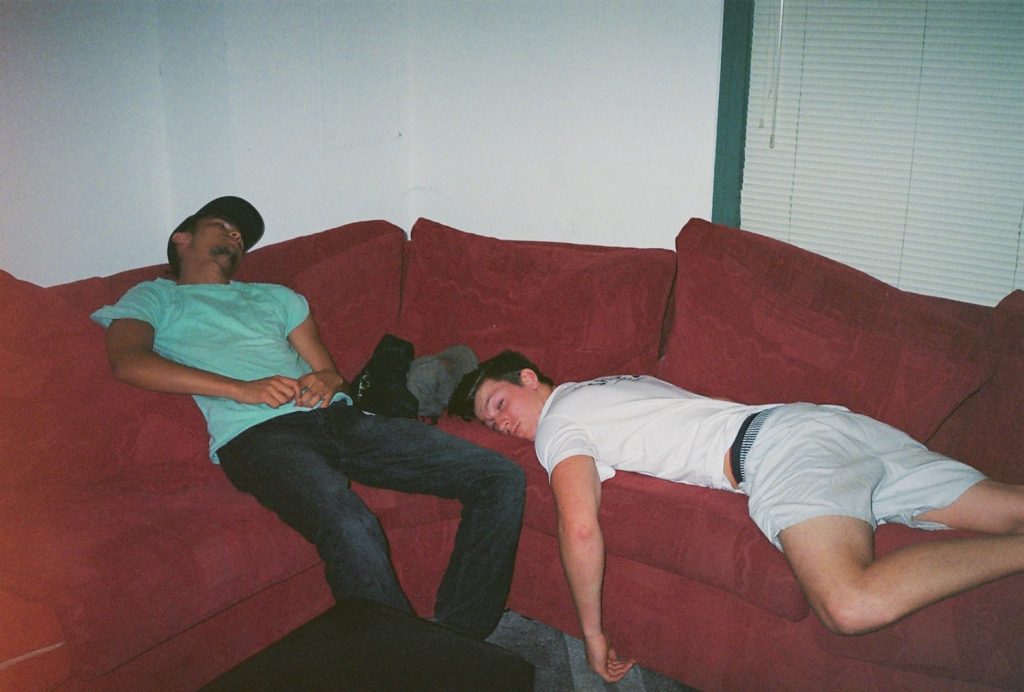 “Rhythm section working hard or hardly working? Some days the early wake ups, drives, and late finishes would get the best of us.” 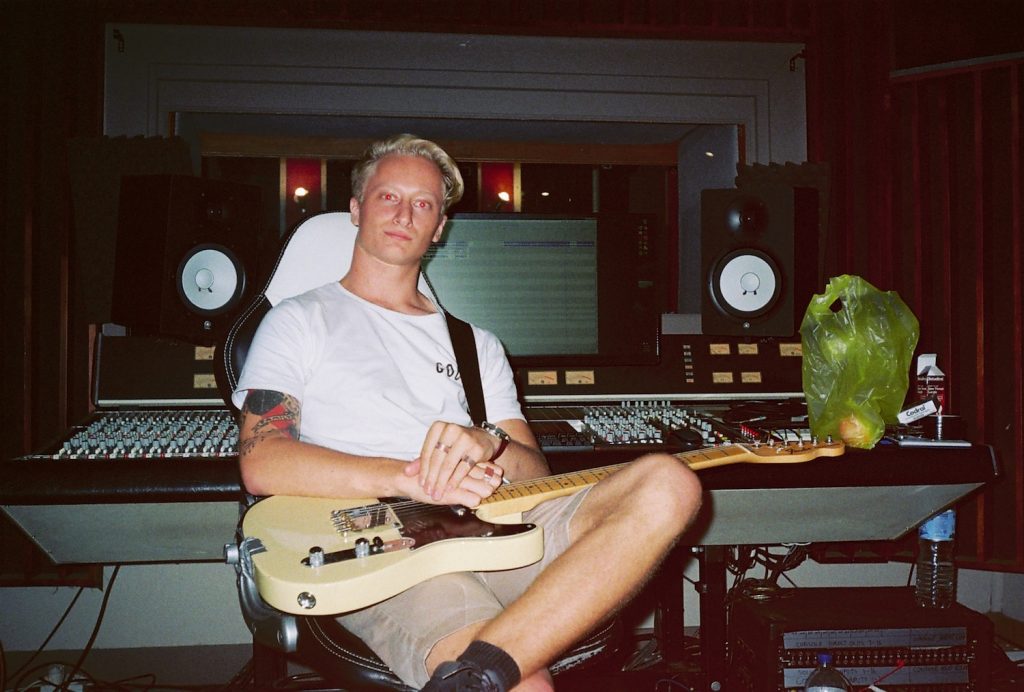 “This was the first time I recorded all my guitar parts with a guitar I actually owned. This tele did not let me down. Despite me publicly voicing my disapproval of single coil pickups years before, here I am using them.” 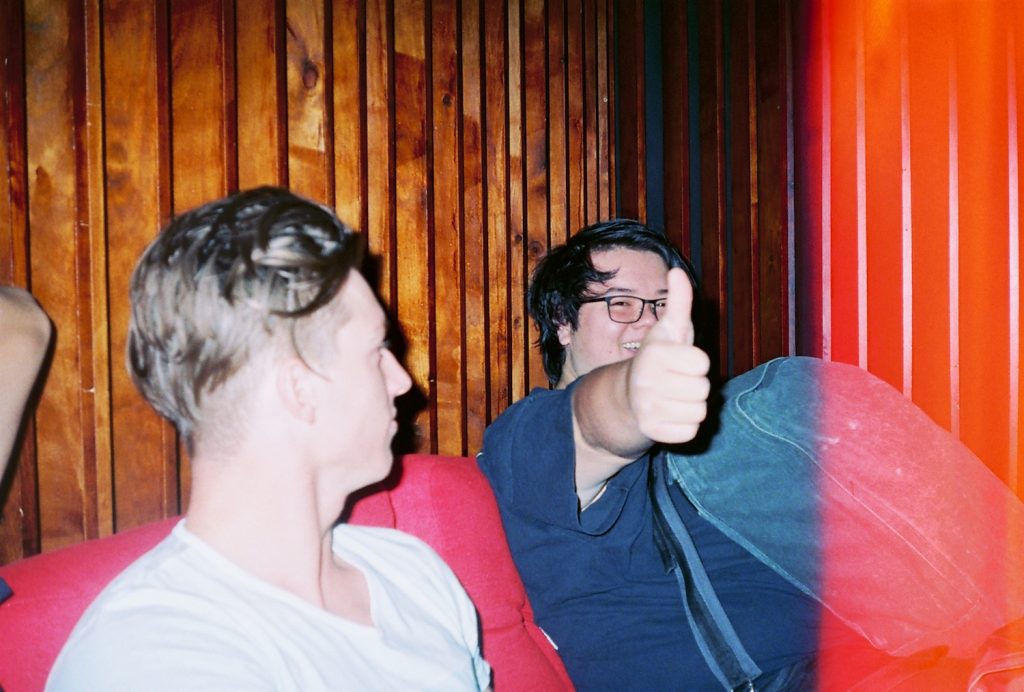 “Brandon would come in most days and follow us idiots around with his camera, making us look somewhat professional. He prefers to be behind the lens but I just love how ready he was for this photo. We love you Brandon.” 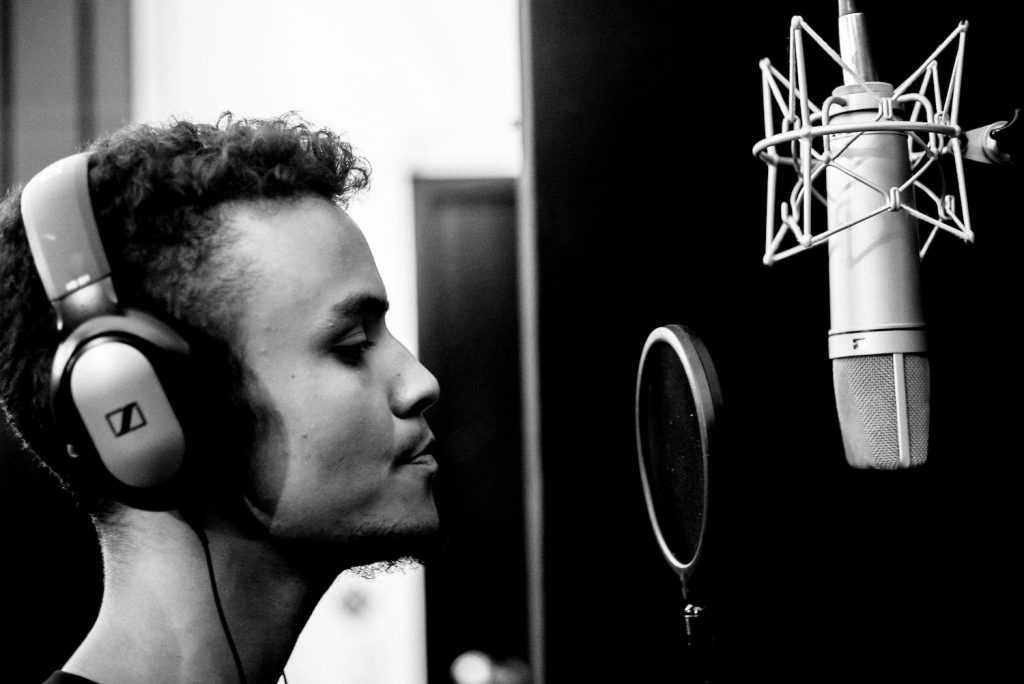 “We managed to get Sam in the vocal booth and sing on more than just one song this time. I’m very grateful to share harmonies with this absolute weapon.”

“One of my favourite photos from the studio. You know the song is good when your rhythm section starts pulling those faces. Our friends in Yours Truly would come visit occasionally to see how we were going with the record and just be wholesome company around the studio.”

“This is our producer, dad, and hero: Stevie Knight. He is not bad himself, and he’s glad you brought it up.”

“Because Tom wasn’t tall enough already, he had to get on the shoulders of the 2nd tallest band member. This is us, taking our live show theatrics into the studio.” 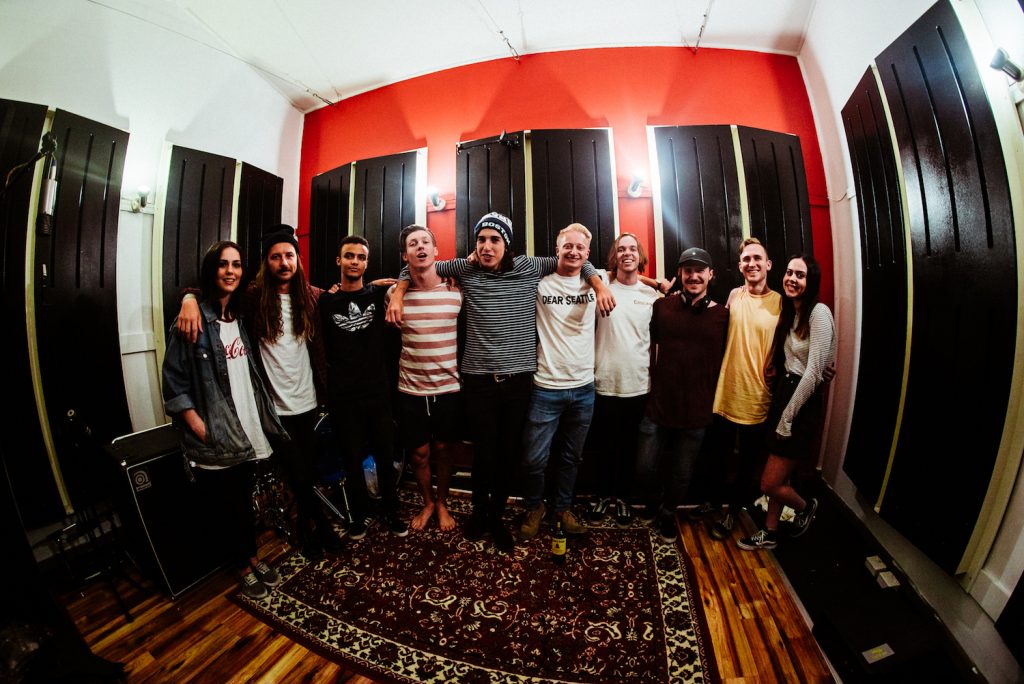 “Gang vocal crew. This was a really wholesome and lovely day. Being able to have such valuable friends feature on the record was very fulfilling.” 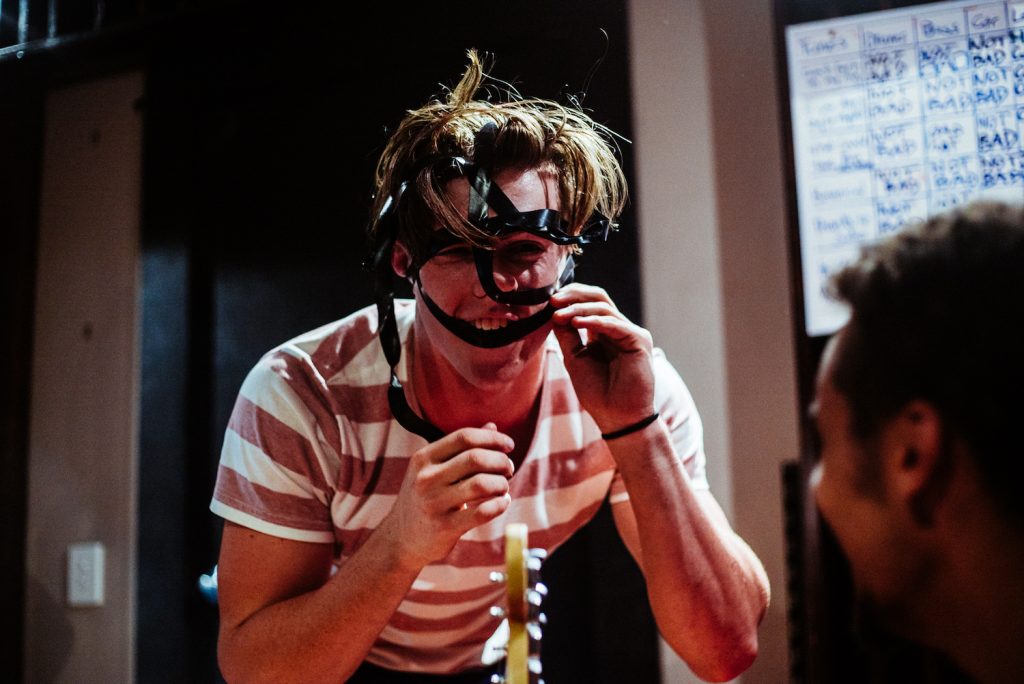 “Studio brain was in full force by the second week. You start to lose your mind and everything is way funnier than it should be. Kinda like a 12 hour drive on tour.” 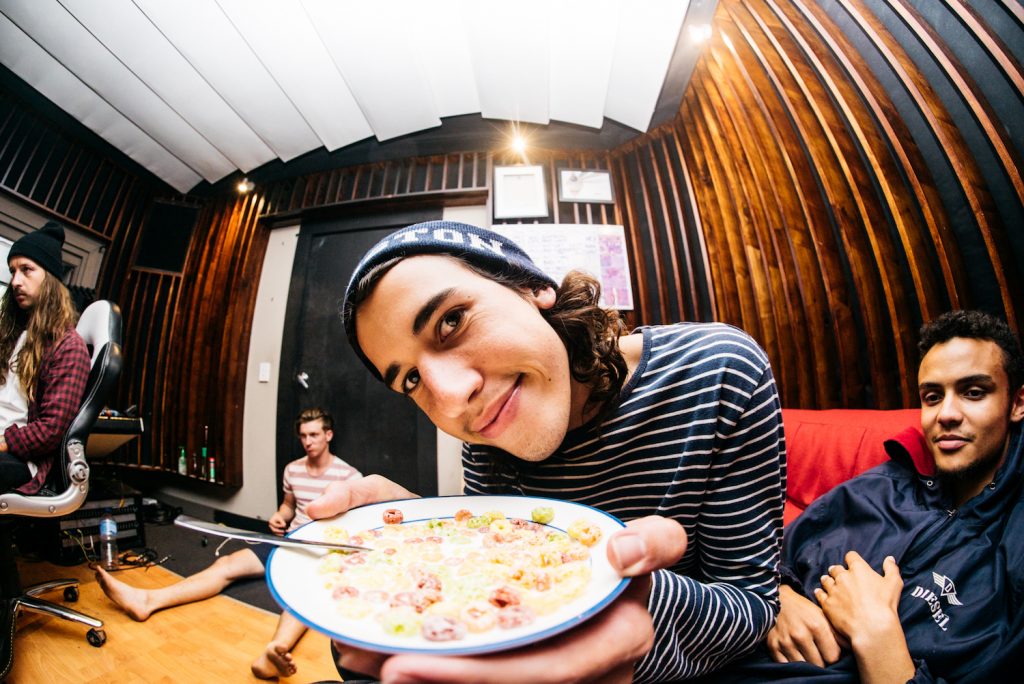 “Froot Loops was the breakfast of choice when we slept through our alarms and had to jet down the M2 to pick up Stevie in time. Tom and I shared a box that we’d bought and kept at the studio for this occasion.  Except this photo was taken way past our bedtime, because I just couldn’t get my guitar parts that day.” 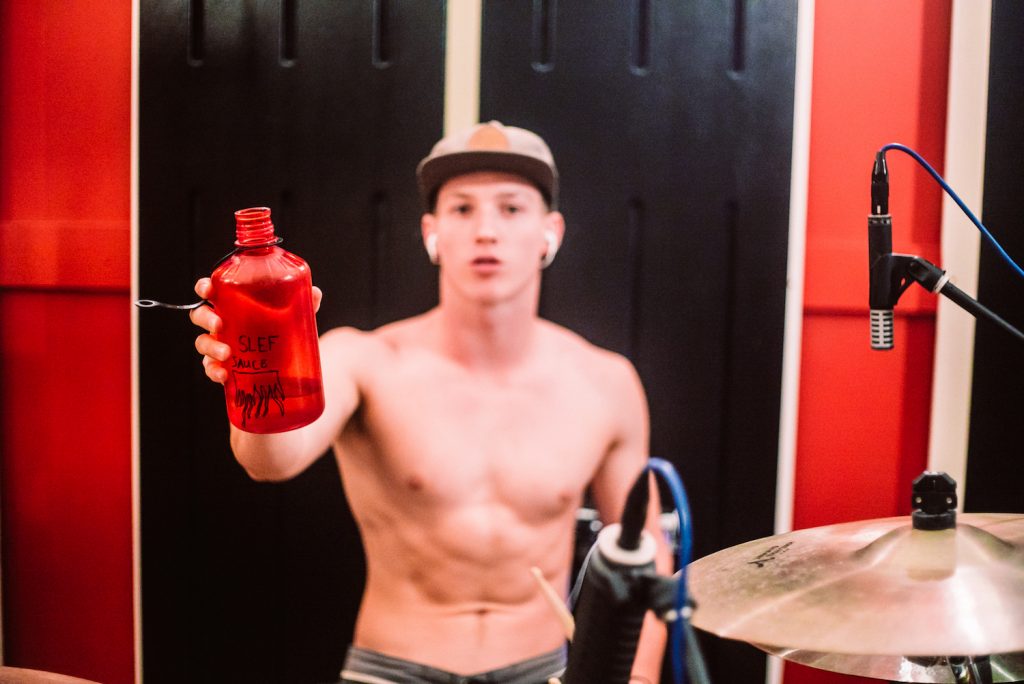 “Henry’s famous red water bottle. His prized possession for years, up until he lost it while backpacking overseas for 2 months. He was devastated to say the least.”

“You can really tell how creative someone is by looking at their working titles. “Don’t fart on my rug” was Stevie’s idea, and later became a regular joke during production.” 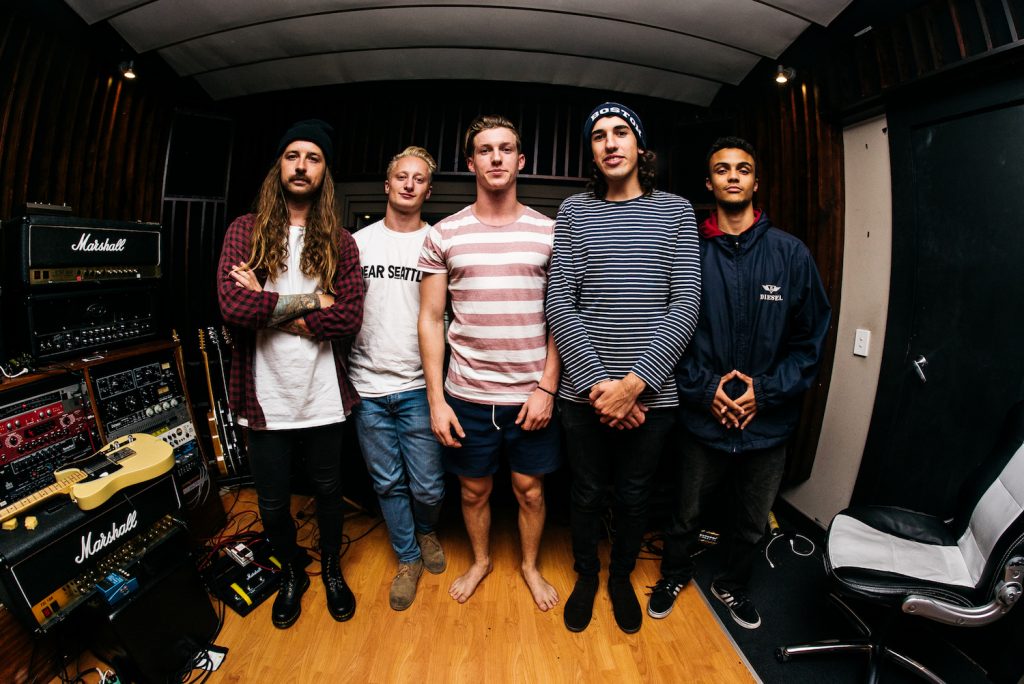 “Studio wrap photo. I absolutely love working with these guys, and we’re very excited to start revealing more of what we’ve created.”

Until they reveal more, watch Down For Tomorrow in action with the music video for “What Could Have Been”:

[Film photos are courtesy of Down For Tomorrow. All other photos were taken by Brandon Lung]