Aggressive music pioneers Converge released their EP I Can Tell You About Pain on 25th July. The two-track release comes in the format of digital release as well as 7″ vinyl which is currently available for pre-order (releasing 15th September). A full album is expected later in 2017. 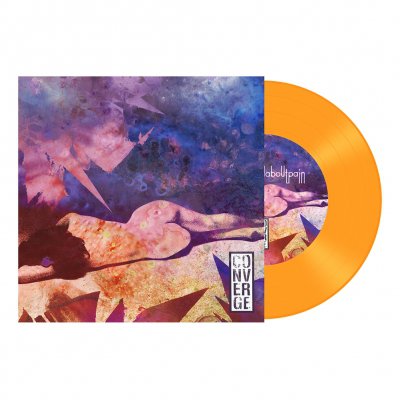 I Can Tell You About Pain is Converge’s first new release since All We Love We Leave Behind (2012).

The title track is the first on the EP and comes with a music video to echo its vibe of aggressive chaos. The track captures the sense of someone on the edge and about to break. Squealing guitars, erratic beats and distorted vocals meld to make an intense experience of hecticness.

The video (directed by Tony Wolski) is as intense as the track, showing a disturbed man being virtually smothered by what I feel are his ‘demons’, before seemingly being woken up into something different.

“Eve” follows and is a seven and a half minute epic of a song. It’s industrial ambience and tangled chords reflect tangled hearts. There’s gentle melodic musings, but inevitably the weight of humanness and our worst moments making room for the best is poured out in agonising screams.

“In all of us lies secrets
Hidden inside hollow hearts”

“Eve” breathes life and hope into an otherwise suppressed and contained struggle. It’s a brillant track that clutches at you in desperation.

Both tracks combined make for Converge’s EP to be an expression of; enduring pain, of believing there to be something on the other side, of holding on through agony, and expecting something more to come after collapsing and hitting rock bottom.

Soak up the two tracks via Spotify now.