My third and final night at BIGSOUND Festival in Brisbane’s Fortitude Valley was spent all over the place. Kind of like a last ditch scramble to see all the things.

I couldn’t pass up another opportunity to see Brisbane locals Deadlights, with my first visit to the New Globe Theatre. One thing that has become truly apparent is how strongly musicians are supported by other musicians, at least in this niche of heavy music. Members from Belle Haven were there to back their label mates (as well as one of their Greyscale Records label ‘dads’ Ash Hull). Also there to back Deadlights were members of Polaris, and Zach Britt of Young Lions and Dream On Dreamer.

Despite a string of late nights for the guys and technical issues, Deadlights brought a solid set, albeit a shortened one. With the shallower stage at New Globe, it was easier to see Deadlights’ drummer Josh pouring mountains of energy into his craft, with no signs of tiredness to speak of. Deadlights consistently hit their harmonies and this night was no exception, and (the happiest heavy music dude around) vocalist Dylan bounced around the stage. The vibe was FUN, both on stage and in the crowd. Belle Haven’s vocalist David even added his signature screams to “Invisible Hands”.

From there I headed over to the Brightside Outdoor Stage for Byron Bay indie band PLTS. It was something of a maze to get through to the stage, but what I found waiting at the end of the maze was a relaxed and happy crowd. An instrumental introduction to PLTS’ set amped us up into a searching chilled road tripping state of being. The open sky above and imagery being projected to the walls surrounding the stage added to this deep exhalation of a set. It turns out that PLTS are just as beautiful live as recorded. They shared sky-bursting anthemic choruses, beautiful climactic bridges and solid finishes. The guys bear their heart stories warmly over their audience.

From Brightside I headed back to Brunswick Street and to Crowbar to see WA band Tempest Rising. This was interesting! Old school classic metal vibes blended with modern energy. The guys had impressive power and clearly had fun doing what they do. Their set was virtually a stage show, with the band members climbing up on the barrier railing, the guitarist joining the crowd, and there being request for us all to sit on the ground through one of their tracks while they moved in around us. Tempest Rising offered up supersonic drumming, incredible instrumental journeys and a full range of vocals from high screams to deep growls and everything in between. It was a solid set and the vocalist took the time to meet everyone in the Crowbar face-to-face. 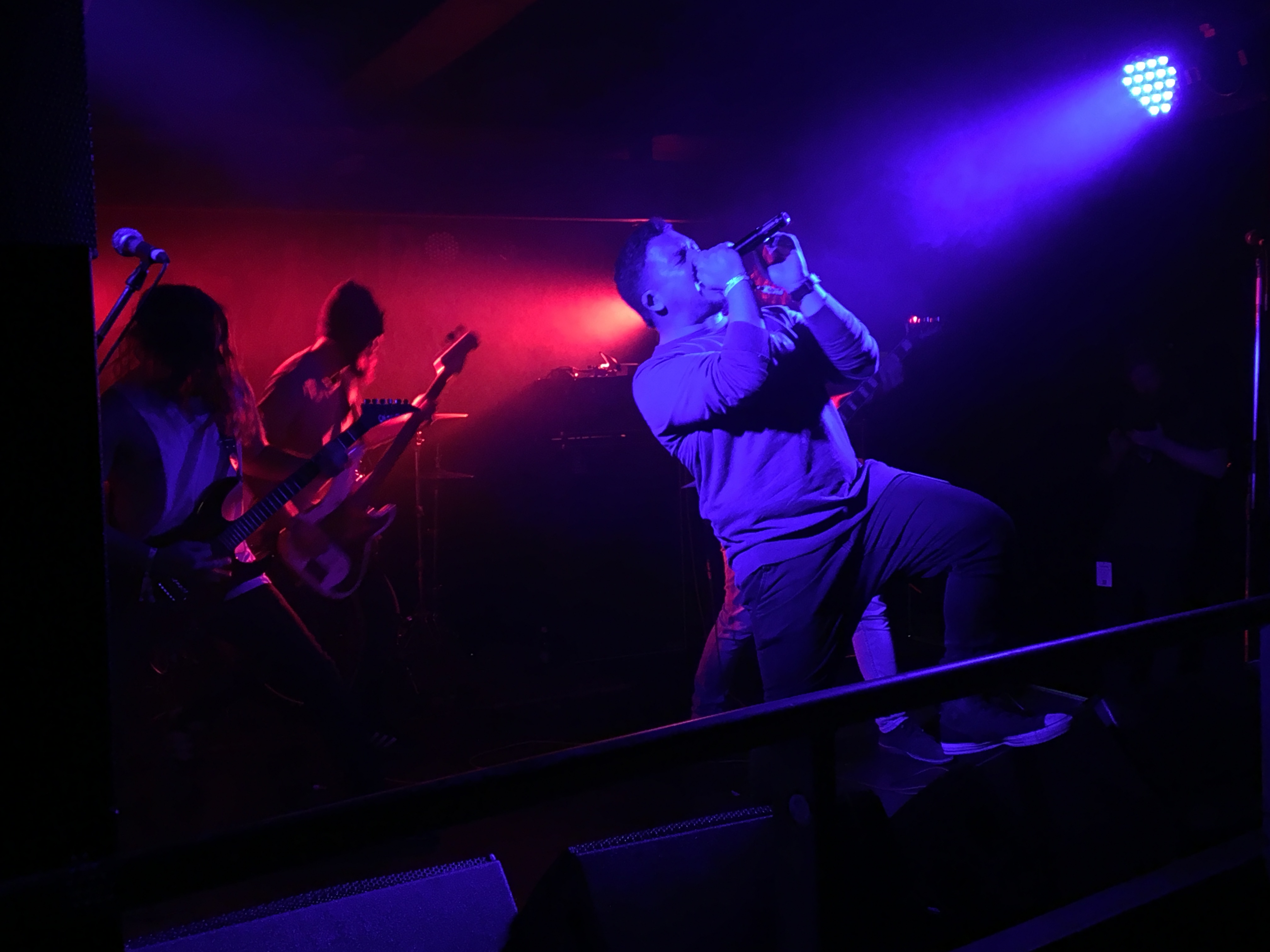 Following Tempest Rising were Melbourne band The Beautiful Monument, my first time of seeing them. People were drawn in to the Crowbar as if magnetised, holding firm while being awash with earth-shaking bass and solid riffs. Their music is melodic and heartfelt, beautiful and atmospheric at times, as well as bringing strong choruses and rocking riffs. The Beautiful Monument seem to have the strength and versatility to bring a range of songs styles without limitation. Again it was so good to see the support from other musicians, front and centre.

I tossed up between going across the road to the New Globe Theatre to see Osaka Punch (who *everyone* at BIGSOUND seemed to be talking about) or staying at Crowbar for Endless Heights. I stayed at Crowbar. And did not regret it. Endless Heights make rip-roaring rock and have solid and warm vibes; extremely down to earth in their presence. There were deep pulses of drums and aliveness here and the experience was a blend of focused presence and losing yourself in their music. In my notes: “This singer is freaking magnetic AF”.

Zach Britt was next to me watching Endless Heights and offered up “It’s as if Death Cab For Cutie has just decided to write a heavier record. It’s all there.” It was a bit like witnessing the birth of something brilliant; a spiritual experience. A feeling like ‘hold your breath and wait’.

It was an impressive close to BIGSOUND Festival, leaving us all to find our way back to our prospective homes, still riding high on the power of music to connect people as well as touch and inspire each of us.

If you’ve missed any of the BIGSOUND Festival coverage, you’ll find it all right HERE.

After Change - Heart & Home (Track Of The Day, 7th September)