Night #2 of BIGSOUND means another night of soaking up some of Australia’s finest heavy music, all conveniently part of the festival happening in Brisbane’s Fortitude Valley.

Without any fanfare Driven Fear brought their hardcore vibes and lit up the Crowbar. They came not too far from their Gold Coast home to the Valley. Their drummer is a maniac, seeming to rattle the brick walls of the Crowbar and all of the humans in it. The vocalist let loose so hard that he broke the microphone. I could hardly take any (amateurish) photos because these guys just do. not. sit. still. 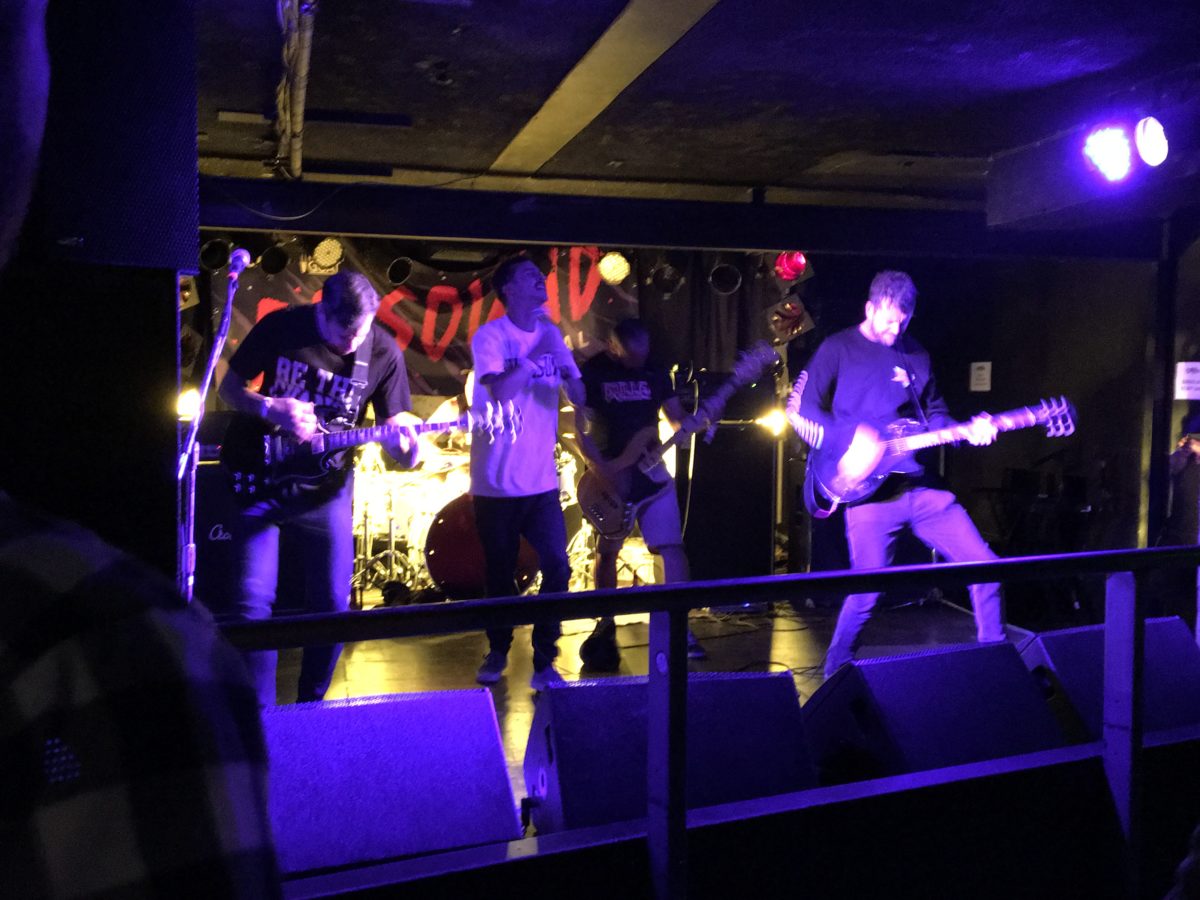 If we weren’t awake before, we were with their ‘fast one’. They mellowed a little as the set progressed but still brought solid rock tracks, attracting a growing crowd.

Before Sydney’s Dear Seattle had even finished sound checking, a significant crowd was gathering in numbers and noise in the Crowbar (where were y’all last night, huh?). The four piece were strong out of the gate to a now full and warm Crowbar. These melodic powerhouses gave us all anthemic goosebumps, and shared their genuine and humble nature between songs. 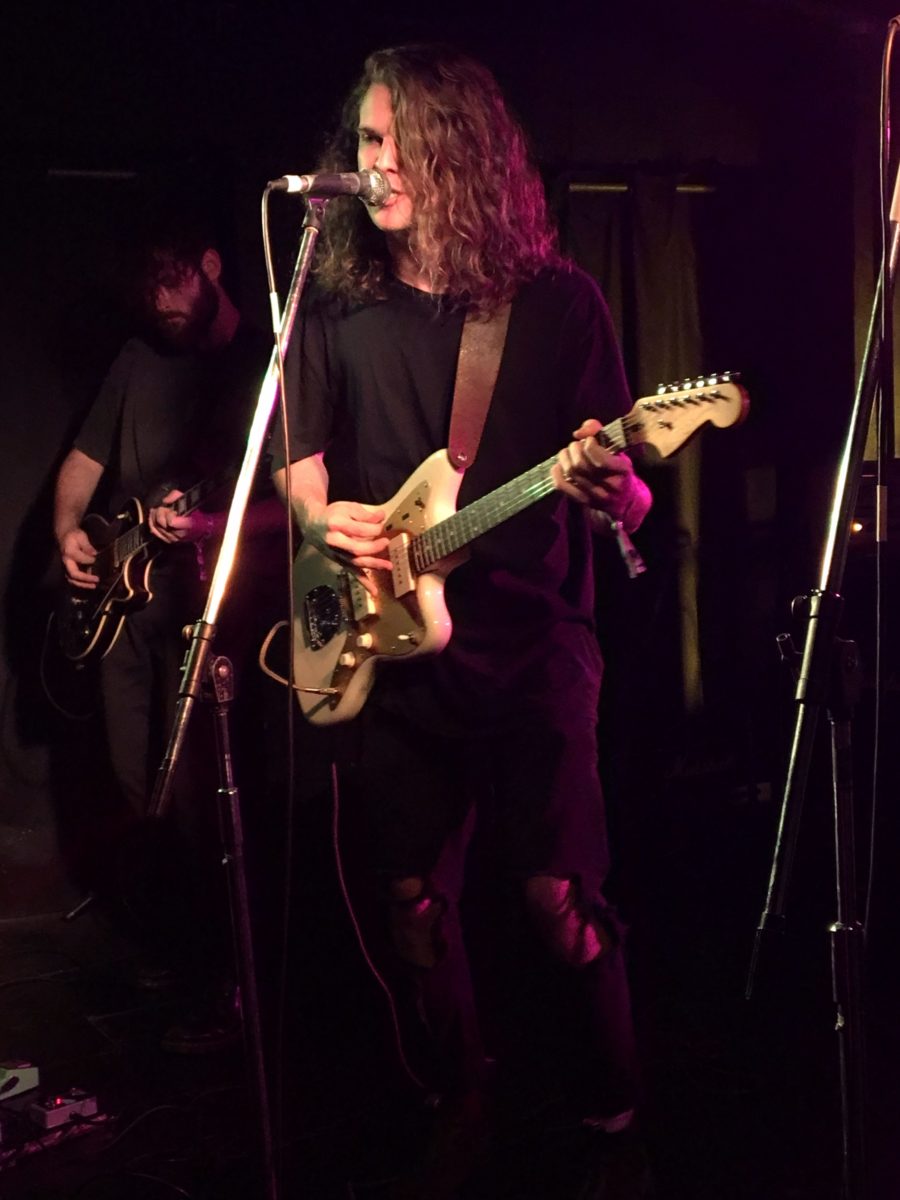 Three words for my impression of Dear Seattle: Solid. Strong. And Confident. There were definitely no slacker vibes here.  It was great to see the crowd getting into tracks from their self-titled EP, which left nothing wanting by way of quality of sound in comparison to the recorded versions. It’s clear to me that Dear Seattle will continue to go from strength to strength. Listen more HERE.

So from there (after saying a quick hello to Dear Seattle’s Brae) I took off down the street and around the corner to 256 Wickham. Despite its unusual entry way through concrete corridors, 256 Wickham is an incredible venue. It has two levels for viewing, a rear bar and great electronic setup including video display and fantastic lighting.

I caught Melbourne post-hardcore band Drown This City for the first time. I was struck by how they capably blended beauty as well as what felt like forces for change. They powerfully poured their messages out into the crowd and their intensity was captivating. Their vocalist brought screams of fire, drum intensity was off the charts, and sweet ass breakdowns were another stand-out.

Drown This City easily flowed from one track to another and each member brought intensity to their craft (Yeah, I keep saying that i word, but it is a very apt word for this band and its members). The vocalist spoke out about the expansion of heavy music, with BIGSOUND Festival in particular, having it not represented at all in the previous year, now with a strong following. The band carried excitement vibes toward where they’re headed. About Drown This City I noted: “Unity to the max, one connected unit, strongly backing each other. Confrontational and confident.”

If there were such a thing, I suspect I would win ‘Biggest Belle Haven fan at BIGSOUND’ award. In comparison to Crowbar, the bigger stage plus the band’s logo and name lit up behind them at 256 Wickham seemed like a significant upgrade. The Melbourne post-hardcore five piece rocked it as usual, with their power set of tracks from You, Me and Everything in Between. Tom did stellar spins with his bass slung across him, David screamed his heart out, so did Chris with his roars, Mara hid behind his hair ripping riffs and Jake belting the drums. Belle Haven are passionate about mental health and want their music to connect with those that need it, and I hope they planted some seeds of curiosity.

I can’t wait to see what is next for Belle Haven, who’ve just been announced as being at 2018 UNIFY Gathering, and will be joining Polaris on their The Remedy tour in October. Go learn the words of their latest album in advance, right HERE.

Polaris first timer here who was so stoked to see this Sydney metalcore band live. The soundcheck already drew in significant testosterone vibes, with an unspoken anticipatory intention to throw the fuck dowwwn. We didn’t have to wait long before Polaris brought their intense awesomeness to the stage of 256 Wickham.

I wrote: “Massiveness of breakdowns and a fireball of fury”. Unclean vocalist Jamie’s vibe is somehow both gentle but intense, drawing the crowd into his force like it’s the most well meaning fire they’re about to be burnt alive in. This is melodic tinged majesty with sky high clean vocals.

It was an impressive set from this band who have just announced an album on the way, been announced as playing at 2018 UNIFY Gathering festival in January, as well as have their own Australian tour around the corner in October. Keep up with Polaris via Facebook HERE.

If you missed my review of Crowbar on Tuesday night, you’ll find it right HERE. Tonight (Thursday) I am camped out at The New Globe Theatre for more heavy music brilliance.

Being As An Ocean - Black & Blue (Track Of The Day, 6th September)

After Change - Heart & Home (Track Of The Day, 7th September)