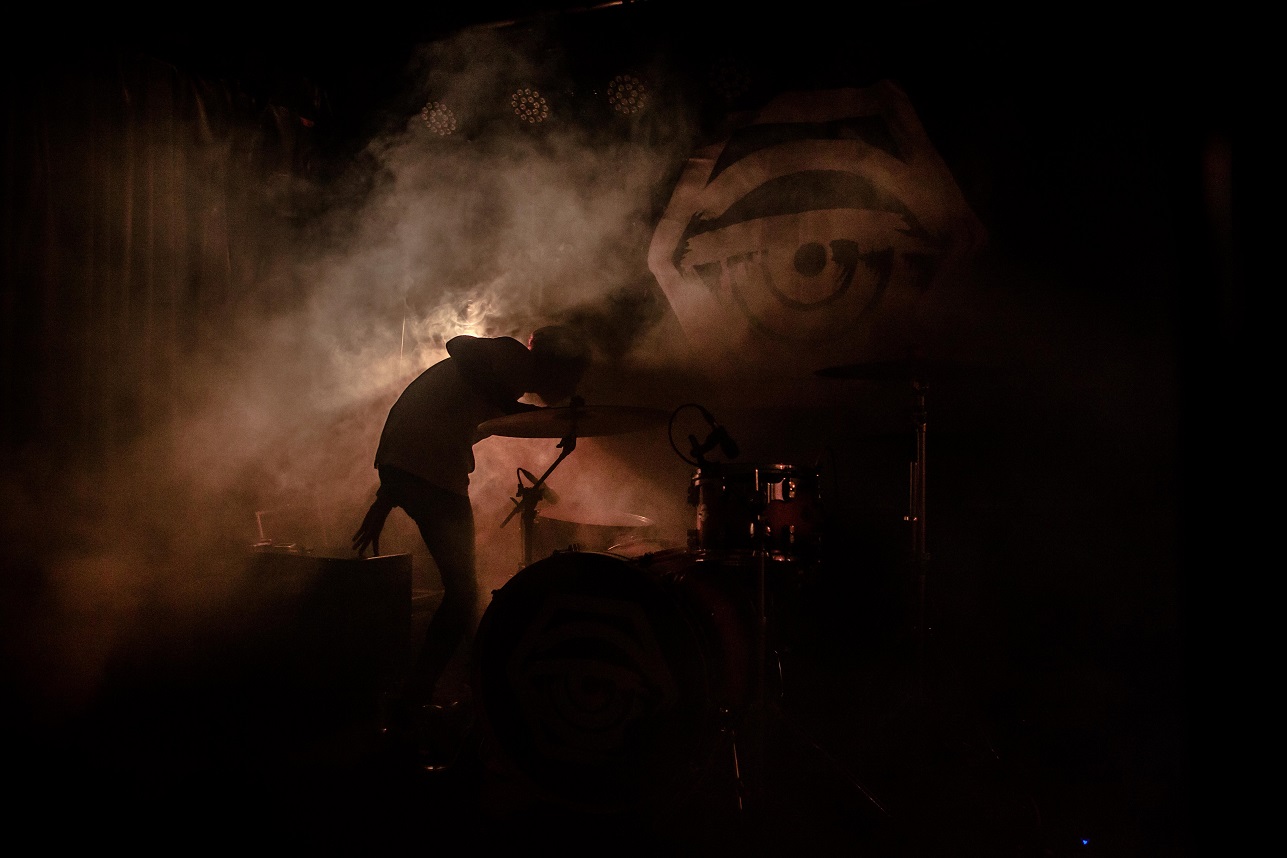 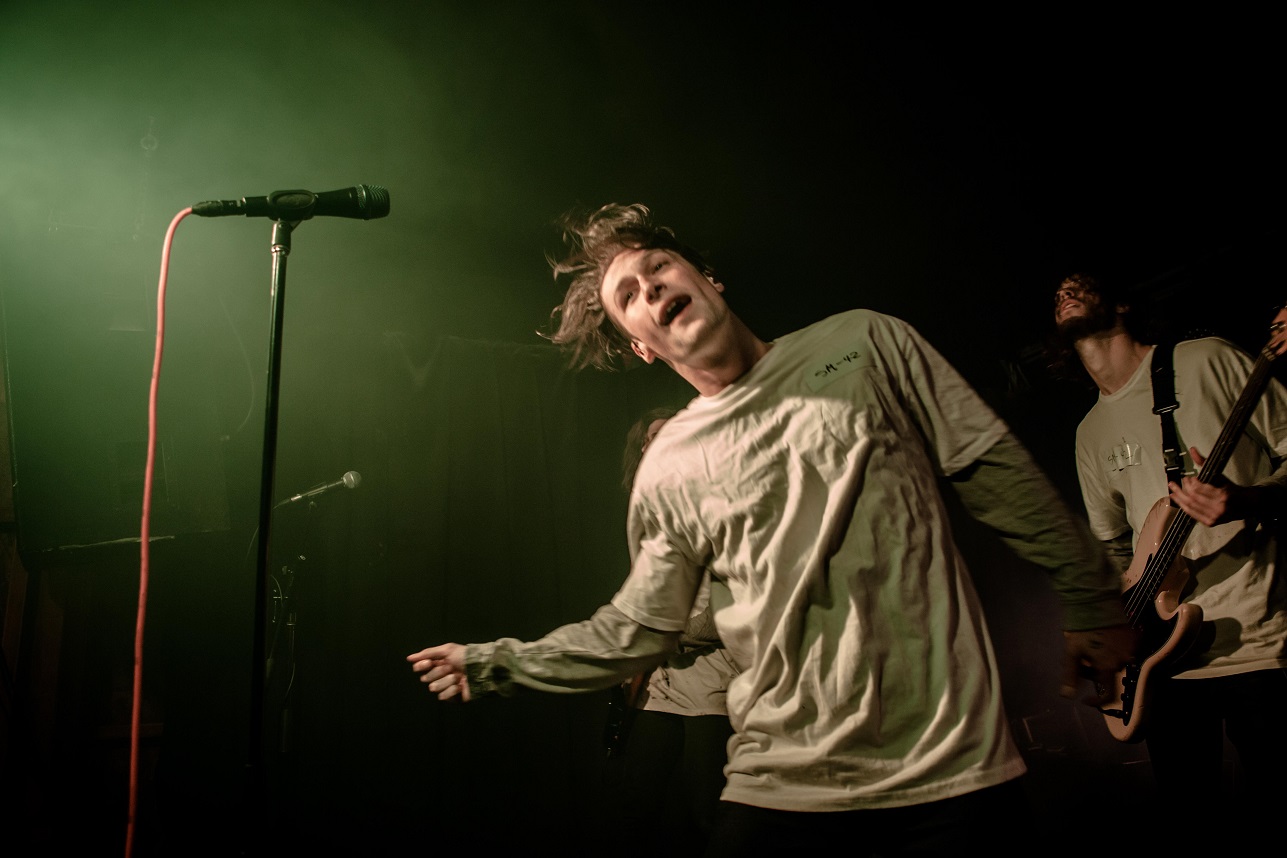 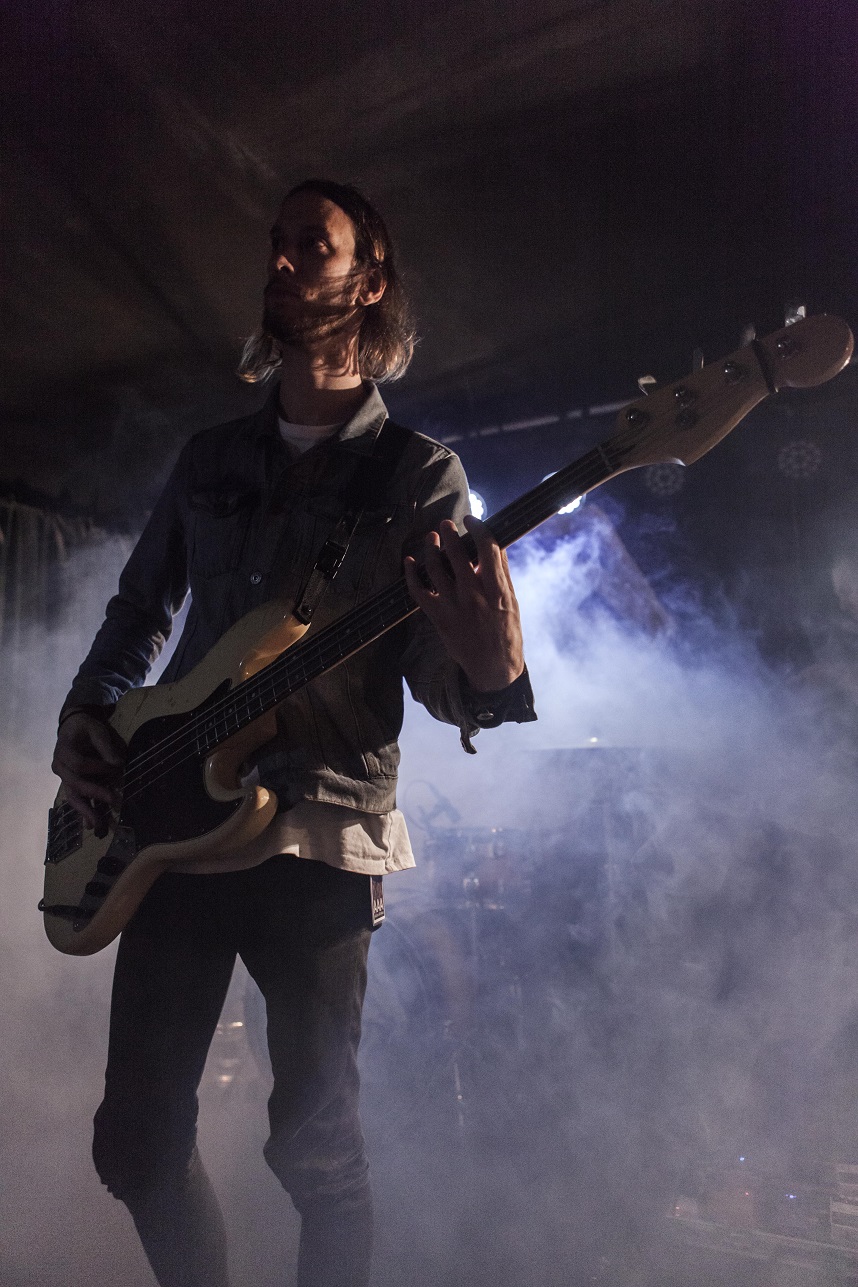 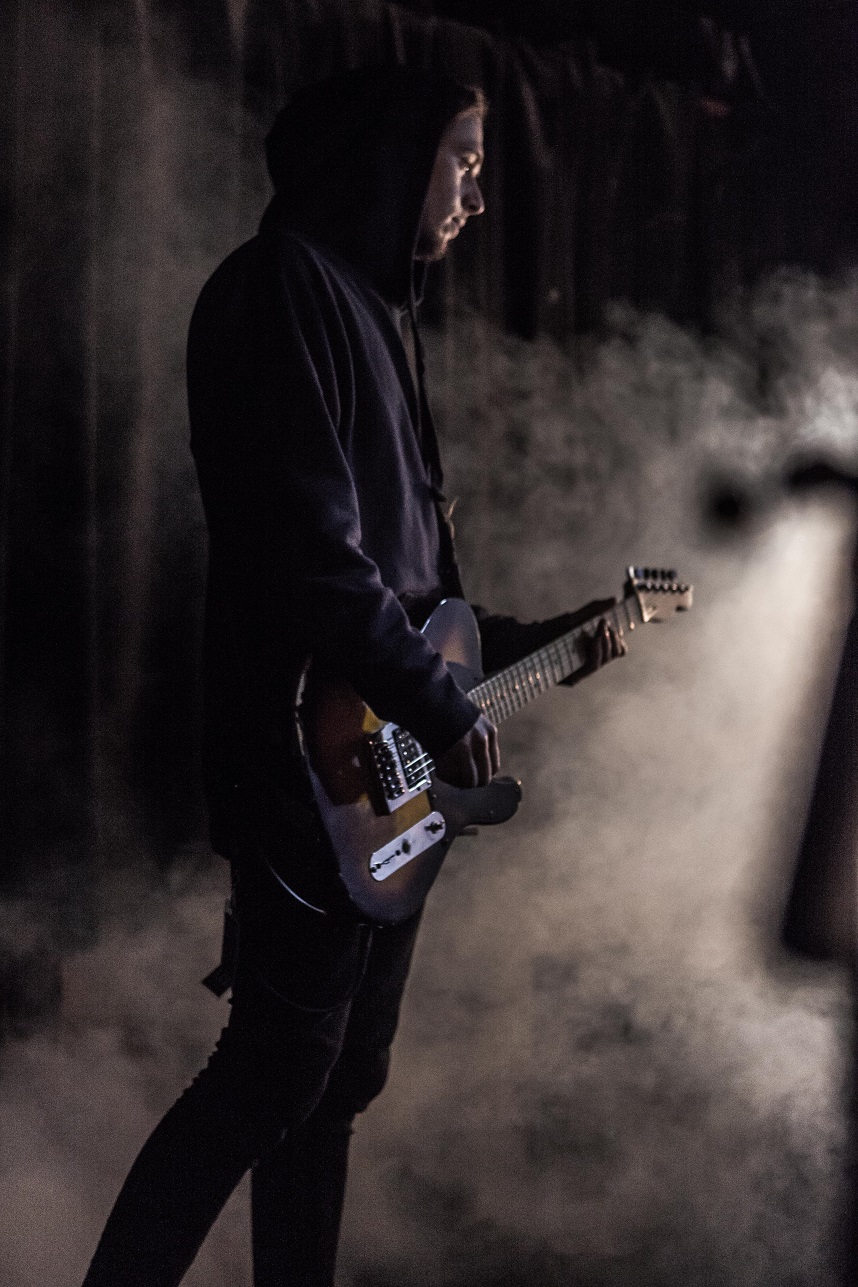 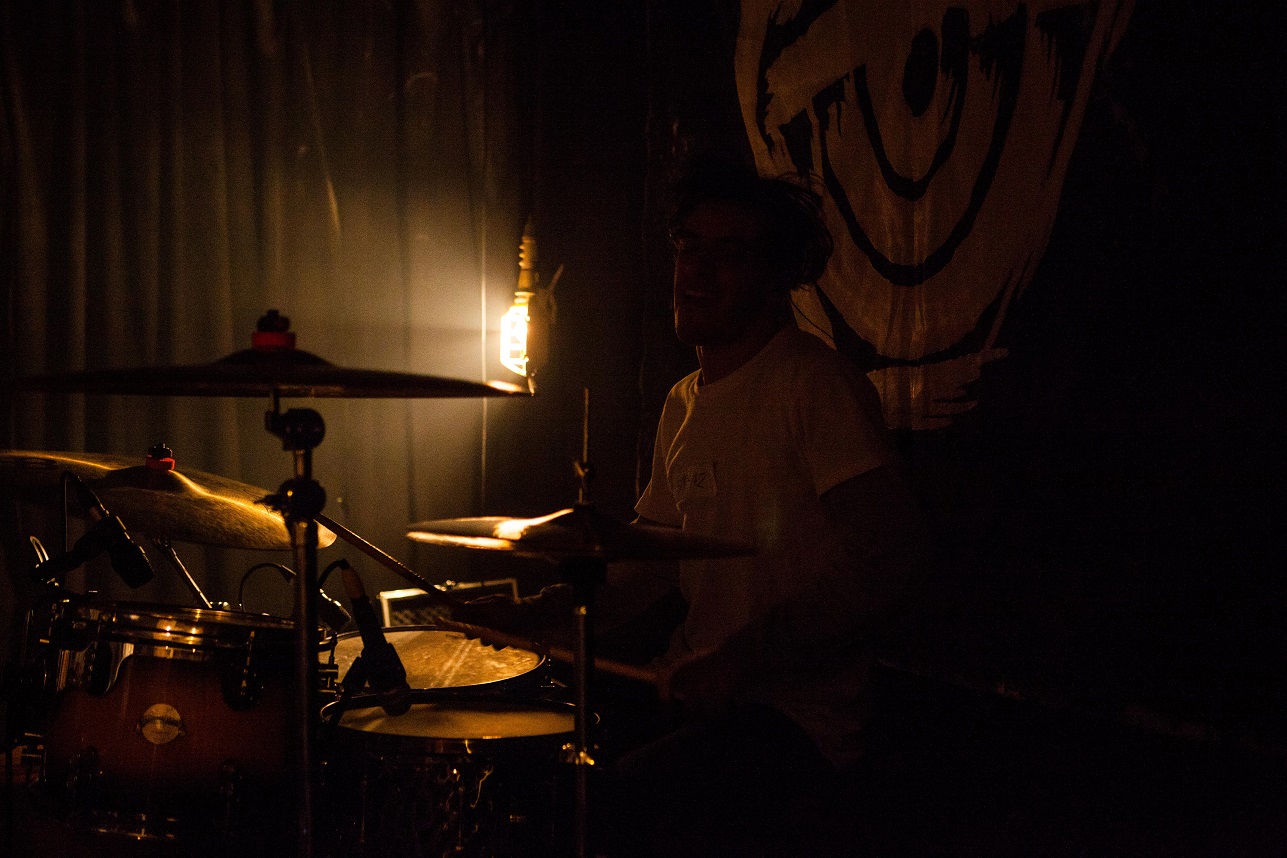 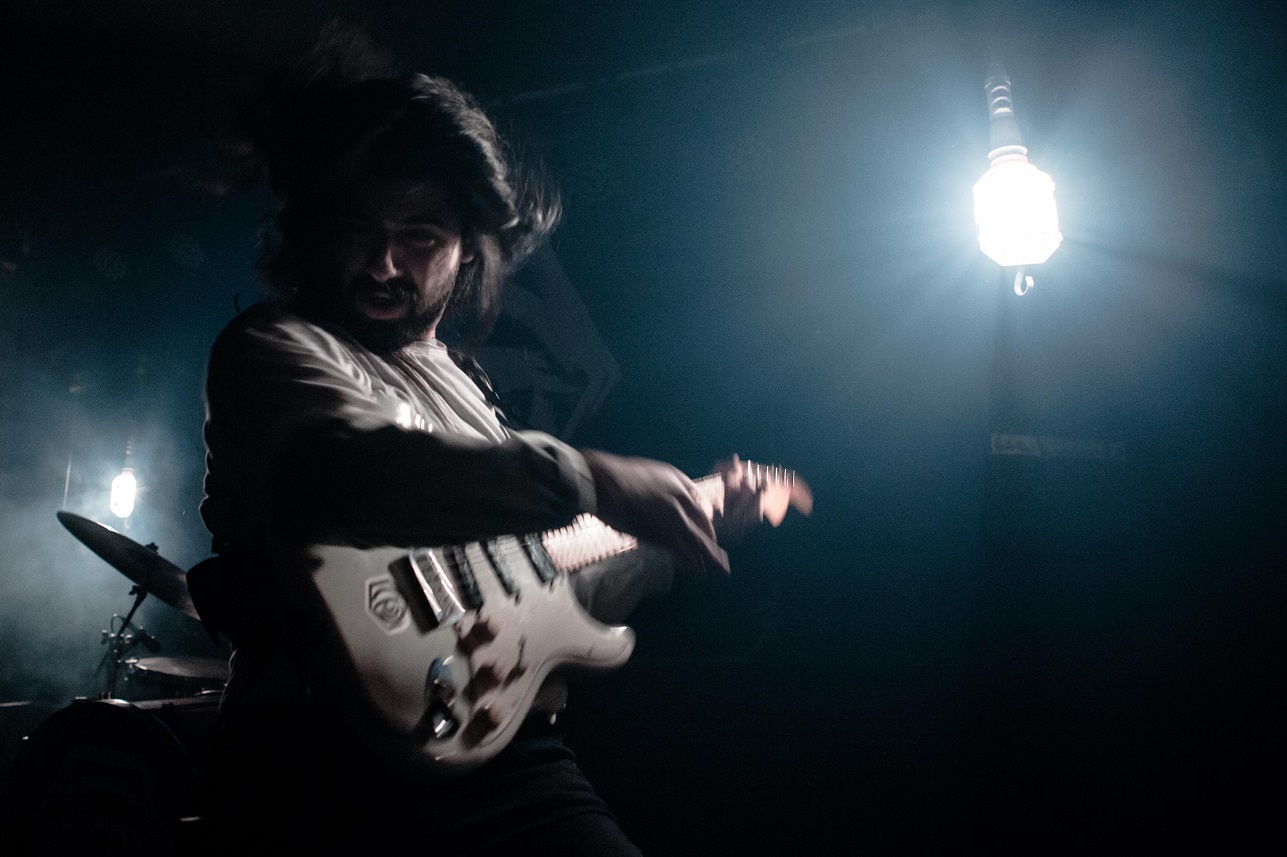 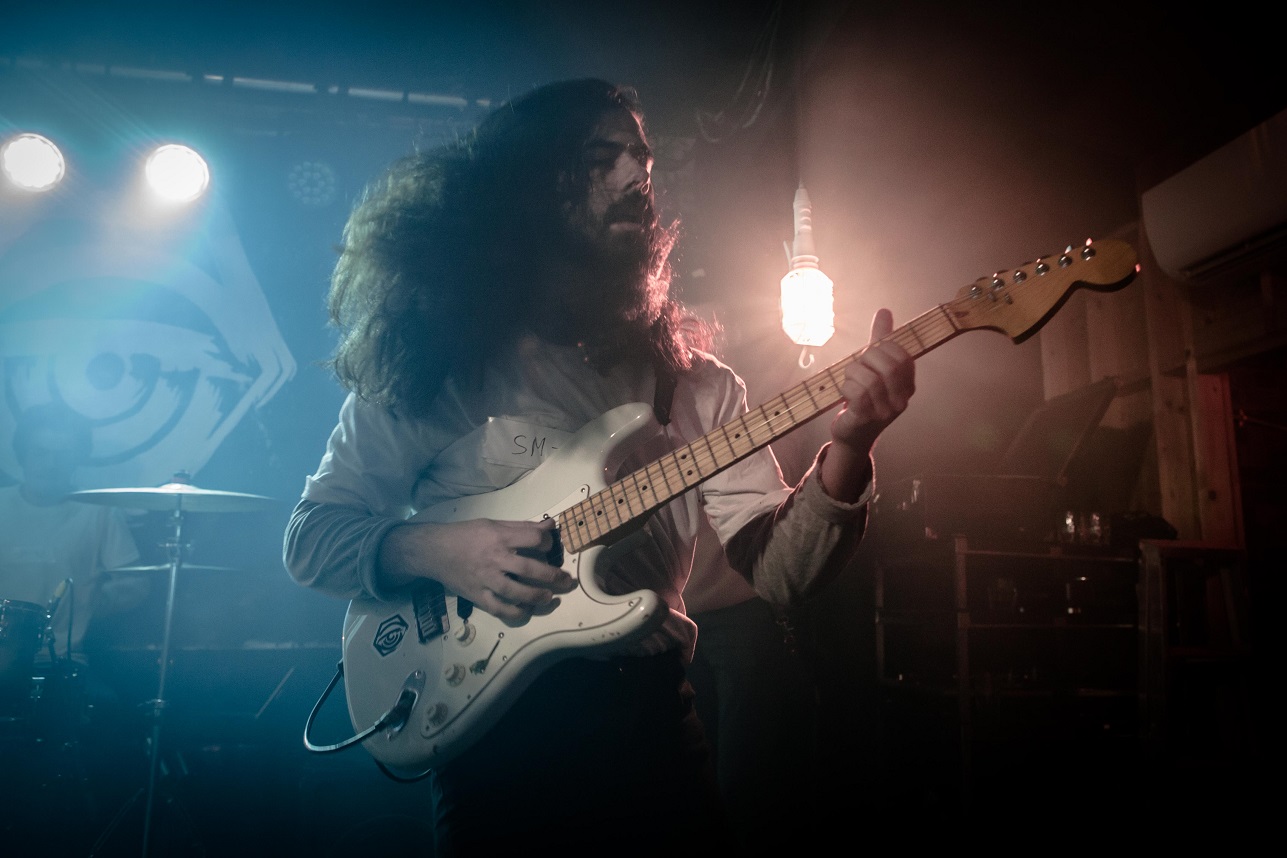 Walking into the Workers Club band room before the first band started, the vibe was relaxed and warm. There were familiar faces, quiet conversations, and a buzz about the night ahead.

Behind the merch table were Dylan Davidson, Sean Prior, Daniel Stevens and David De La Hoz. Just regular guys, but to me these guys are royalty of the scene and impressively creative forces behind these pieces of music I’d been absorbing and wow-ing over. Each were humble and generous with their time, speaking about music and genre and what they’ve created. They took time with all that approached them and had something to share with them.

The scene was already set; of presence and connectedness, and that didn’t waver.

After Aburden, Deadlights and Ambleside’s sets, it was Belle Haven’s turn.

They took to the stage through smoke haze, before David spoke on behalf of the Melbourne band and stated simply and clearly: “There’s no place like home.”

Wearing their white shirts featured in the “Selfmade” video, the guys kicked off their set and were energetic, intense and vibrant. They didn’t just play these songs, they played TO us. Eye contact abounded, and each of us were recognised as being right there with Belle Haven. We were not just a generic blob of audience jumping and screaming along to their fiery tracks. We were part of this as much as they were.

A standout from the night was a speech from David. He expressed a desperation for us to hear the new record, You, Me, and Everything In Between; a record he described as the soundtrack of his heartache. He honestly and tearfully expressed the sensations of suffocation via life, feeling completely alienated while watching everyone else seeming to go through the motions just fine. He reached out to us, especially any of us that had felt this same thing, inspiring us to recognise our connection, together in the room and together with music. We are not alone.

There were wet eyes and voices calling out “I love you, David”, a desire to support this clearly emotional man as well as give something just as beautiful back in return. It was a very moving and connective moment, in the midst of a night of connection. And as I am discovering, it was very Belle Haven.

If you ever get a chance to see this band, don’t hesitate.

Corey Bonadiesi shot the photos in our gallery of Belle Haven in action.

Spectral Fires - Left Behind (Track Of The Day, 7th June)