On the back of the success of Alpha Wolf‘s album Mono, the Melbourne heavy band kicked off a tour of Australia, along with fellow heavyweights Honest Crooks, Daybreak, as well as local supports. Halfway through the tour schedule is where I caught the Mono Australian Tour, at the sold out show at Northcote Social in Melbourne.

Local band Skorched had the task of opening the night, which might have been pretty daunting considering this happened to be their very first show. But the menacing nu metal band took it in their stride, instantly creating a very full (and full on) stage presence, with seven band members actively stalking the stage.

With every band member of Skorched masked and in black clothing, they gave nothing personal away, and the seven-strong nu metal posse who were posing, aggressing, and marching the stage, honestly felt like a lot of hype and bravado. By way of their sound, tag-teaming vocals made for a powerful dynamic, and one particularly notable build up into a massive breakdown had it easy to fall into the hype. Some of the ‘prettier’ melodies and electronic beats felt directly at odds with their image. Clearly passionate about their music, I felt like the defensive vibe was overdone, while also having them be (anonymously) very memorable. 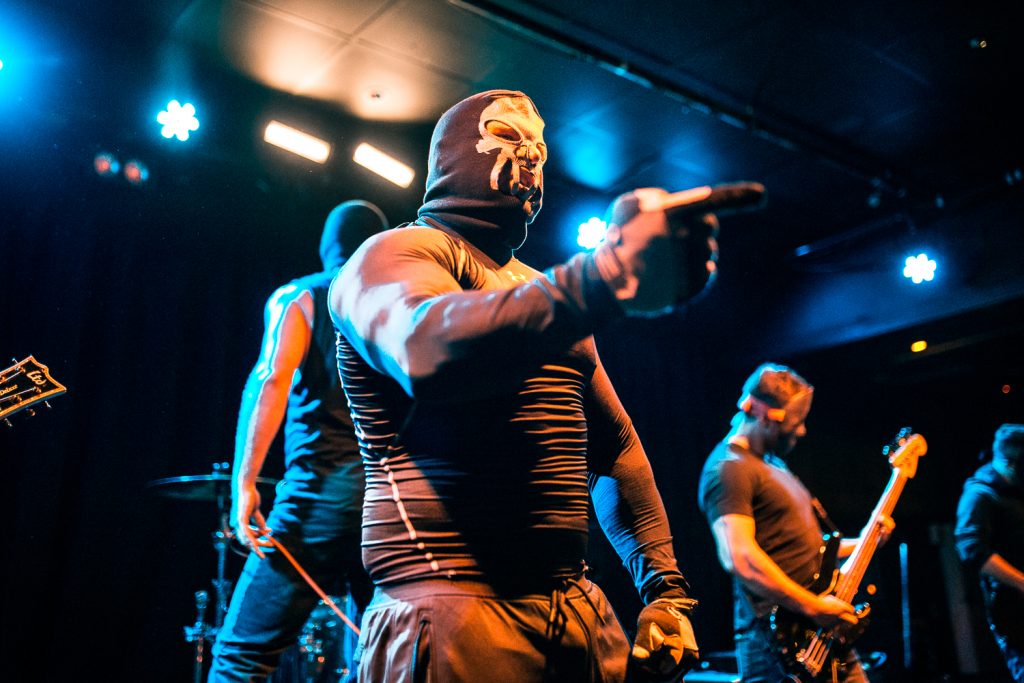 The next local support was hardcore/nu metal band BLKLST. In contrast to Skorched, the band’s vibe of ‘here we are’ was refreshing and open. Their set felt like a dynamic expression of honesty, as well as sharing anguish via their music. The band worked well together, even despite the fact their guitarist was unable to play the show and replaced by fill-in guitarist (Josh) who had learned the tracks last minute. The set was dedicated to the guitarist and his family.

During their set, BLKLST reminded us/announced that they’d just released a new track (“Donnie Narco”). It was a great set, with the band seeming to have a great time, especially the bassist, and the vocalist who joined the crowd for a mosh.

Perth’s Daybreak were next, opening their set with “Repulse”. Which is just as impressive live as the recorded version. The band carried a solid ‘here’s our message’ vibe, thoroughly backed by the insane prowess of their drummer and massive breakdowns.

The Perth band were glad to see a keen audience out for their hectic set. I personally fell for Daybreak’s clean vocals, their focus as a band, and ‘wow’ moments of melodics smashed up against more hardcore sounds, including intense screams. This was a great set!

Honest Crooks‘ set was crazy. Like one of those things you watch feeling kind of stunned, unless you’re in the thick of it, as many were. The pit was intense and wild, as the five piece brought an aggressive set, with riffs dragging down to the fucking gutter. Honest Crooks come across like heavy music pros, retaining a respectful vibe while commanding the crowd (‘side to fucking side!’) and pumping out a fierce set; open and strong in their message. These seem like proud dudes, and they should be, bringing their heavy sound with class.

As the main event, the vibe for Alpha Wolf‘s set was huge. We were all here for this; to back this band, and to celebrate the ache and fire of Mono. Even from the beginning (“Ward Of The State”) the pit was massive, spanning from the stage through to the back of the band area. Looking to the stage from back of the band room, it was clear that everyone there was fully into this set and the music in their own way, and the experience felt unifying.

The Melbourne five piece had our attention throughout the set as they laid down intense yet slick renditions of songs we know and love from Mono. Despite having travelled overnight from Adelaide, they put everything they had into this. I found myself wondering in particular how frontman/vocalist Aidan Ellaz can pour so much raw emotion into his vocals and stage presence night after night, while also directing the crowd. The guys proved a tight unit and I considered it a flawless, emotionally wrecking, and empowering set, finishing with a blisteringly aggressive version of “Nail Biter”.

Another highlight from the night was picking up the vinyl version of Mono, which includes the previously unreleased track “In A Sense”. This fireball of heartache is a further chapter of the same themes of Mono, where frustrated heart makes sense of what he’s lost, with dragging riffs and skin crawling discomfort.

One of two colour ways of the vinyl: 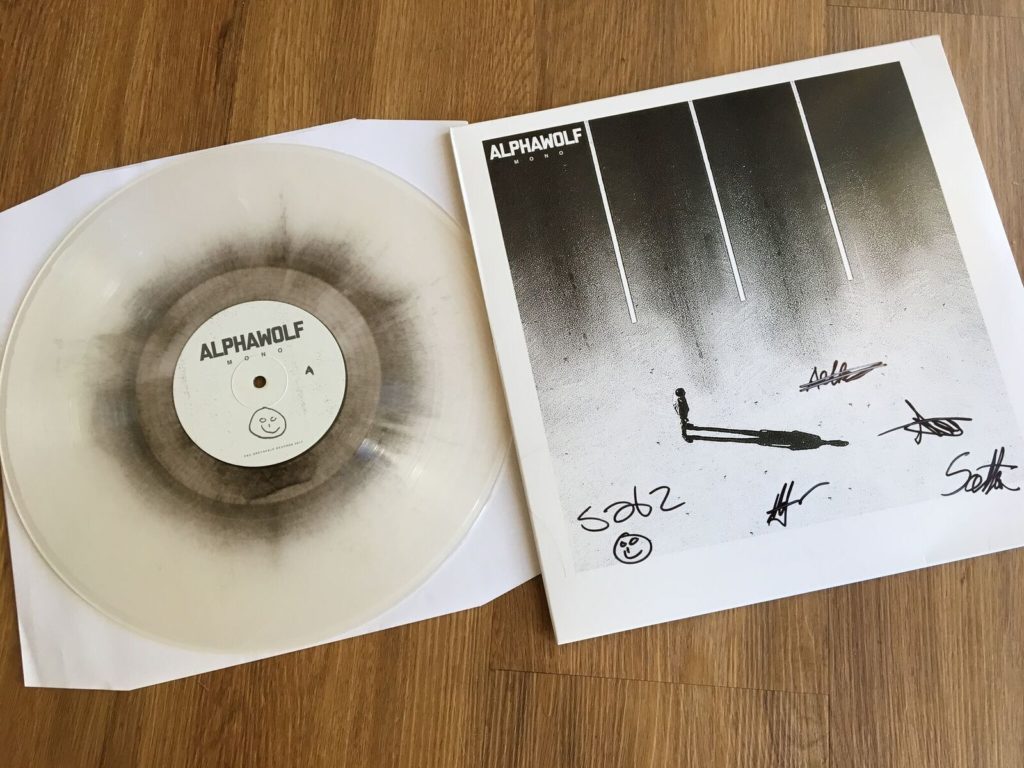 Catch them if you can as Alpha Wolf continue their tour for Mono with remaining dates in Brisbane and Sydney. 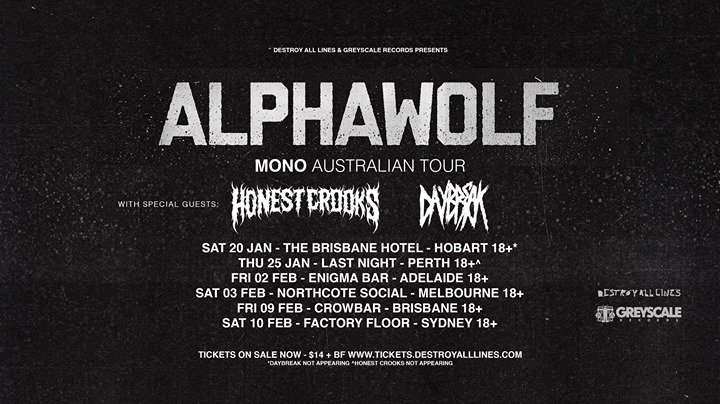 All photos by Rowan Donohue.