Oh. My. God. It’s an understatement to say that we’re excited about Void Of Vision‘s news that their sophomore album is on the way! Hyperdaze has been announced for release on 13th September via UNFD, and first single “Hole In Me” is out today along with a music video. (Jump to the end of the article if you want to watch it right away!)

According to vocalist Jack Bergin, the Melbourne quartet have been working behind the scenes on the album since returning from a tour of Europe in 2018. They are ready to follow up the experimental Children Of Chrome album with the experiential Hyperdaze – and we can’t wait!

There’s a lot to unpack here with this announcement, so bear with me. Theme-wise, Hyperdaze is sounding like it’s going to be DARK. The album came about during difficult times for the Void Of Vision band members as a collective, likely shaping something that will reflect that atmosphere from all elements. The album title is inspired by a state which Jack refers to as “a detachment from reality, where I can numb myself to all my problems.”

Jack sums the album up as “pure hatred, self-loathing, and nihilism”. It promises to be a personal journey for Jack, in lyrically/vocally exploring his own negativity.  Referring to Hyperdaze as ‘selfish’, Jack says “It’s confused, brash and me at my most raw and vulnerable. It’s a gaze into my mind, and how I’ve delved deeper into my own darkness.”

Other things you need to know about Hyperdaze: 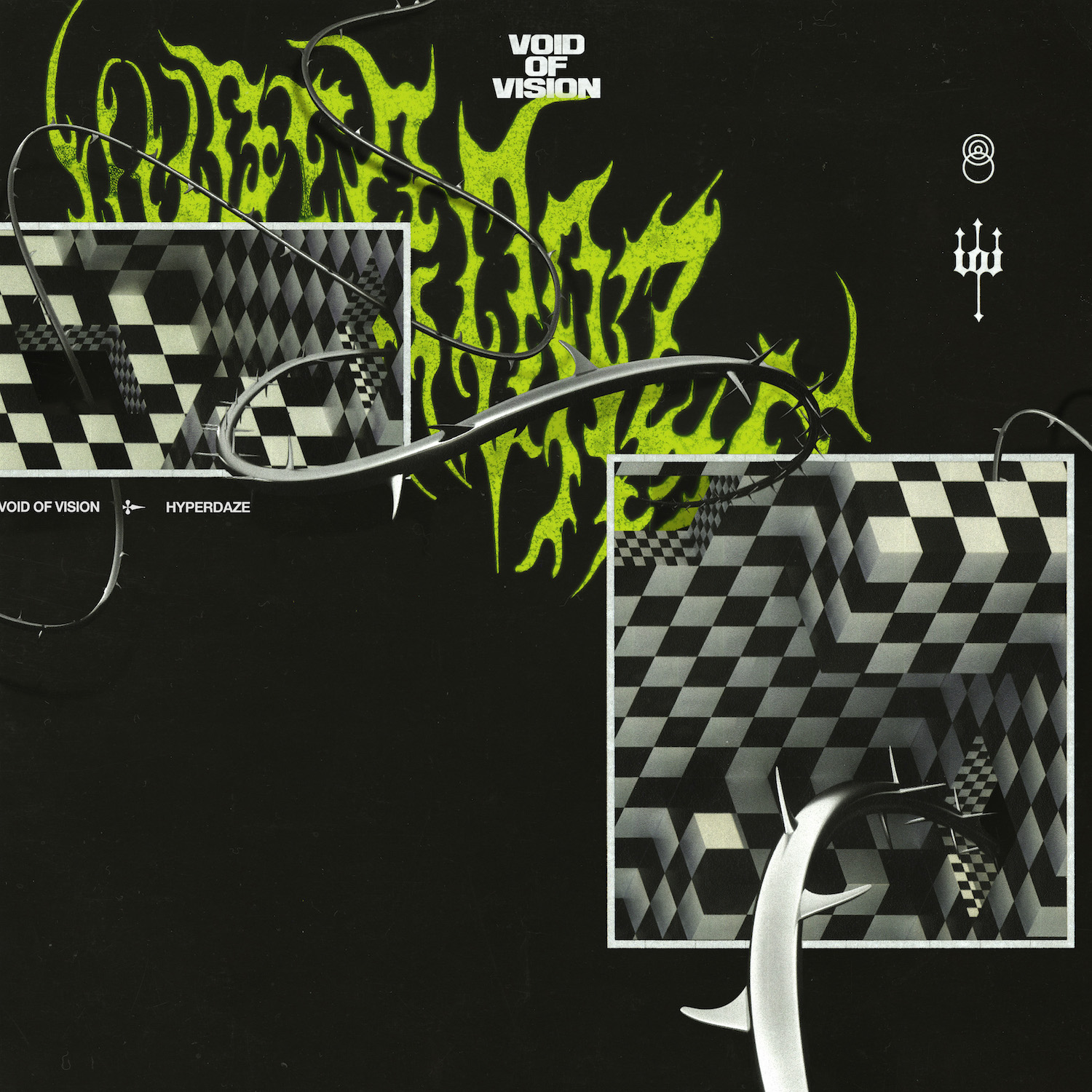 Hyperdaze‘s first single “Hole In Me” is one heck of an introduction to what’s to come. The cinematic music video (courtesy of Cian Marangos) sees “Hole In Me” take place in dingy circumstances; underground surgery being performed upon an unconscious man.

The squeamish may want to look away at times as the story unfolds on screen, with plastic sheeting and dim lighting completing the warehouse/industrial setting around them. This imagery is spliced with footage of the band in action, where neon lights bounce off the sides of the shipping container they’re playing within. It’s all very crime thriller as Void Of Vision band members work on the literal hole in the man’s torso, inserting a device of some kind before he manages to escape.

“You’ve never really lived until you fucking die, pirouette on the edge of a knife”

By way of sound, “Hole In Me” has twanging riffs meeting with concerned pulsing before the listener is plunged into a static and dense world complete with buried vocals. Roars and a sense of finality bring the urge to ‘look alive’; to fake vibrance when you can’t make it, perhaps. Mortality is a promise, and coping mechanisms to soothe and numb are on the menu.

Huge bending riffs hit home the theme of dark finality, as do the grinding sounds melded with erratic rhythms. The mechanisms of life that don’t make sense. It’s a slice of discomfort that works well with the endurance of reality. “I’ve got nothing left to hide” stands out to me, as the pace and intensity pick up. The distant melody is as beautiful as it’s unsettling as the song comes to its end.

Watch “Hole In Me”

Better Half - Give Up On Me (New Music)