I’m old enough to have been into music before the internet was something musicians/bands used to connect with fans, and I’m active enough in the scene currently to see this relatively new accessibility be abused by those who don’t know any different. With social media, the humans that make music are just there, which can have them seem required to know our every thoughts about their music. How much we love it, how much we hate it, how much we like the old stuff better than the new stuff, and how much they’ve sold out with their change in direction. Instead of increased connection, musicians are having to navigate reams of hatred or judgement upon their creations. Despite the instant accessibility, the fact that musicians are real and flawed human beings seems to have been lost.

With Trophy Eyes‘ new single “You Can Count On Me” and upcoming album The American Dream, the Newcastle band are sharing with honesty their take on life as musicians. Vocalist John Floreani refers to “You Can Count On Me” as a ‘push back’: “A voice for those who choose not to defend themselves against the growing torch and pitchfork mentality that encircles performers in the era of modern music.”

John goes on to say that artists used to be a respected breed, and feels that listeners think they know musicians due to the snippets of their lives they bare witness to. He’s wanting to express the negative impact on mental health this blurring of boundaries can have.

“You Can Count On Me” leaves behind some of the hectic intensity we’ve known of Trophy Eyes, while retaining the refreshing honesty they’ve always had. Instead of screaming hoarsely about loneliness, we’re faced with frustration at this fan-musician relationship where the fans keep wanting more.

With a hand-clapping gang vocal chant chorus about friends selling drugs, and matter-of-factly implying that money spent on the band has been siphoned into cocaine, I take “You Can Count On Me” as an open book presentation on how flawed musicians are, while also relentlessly observed from their outer appearances. It’s a ‘here I am’ statement of how fucked up these real humans can be (just like our lovers, brothers, fathers, sons), as well as how they can find happiness in their own way.

The ‘push back’ is an honest look at reality behind the scenes: The feelings we sing along to are real, the relentless demands we make hit hard, the lack of connection when faced by hundreds who feel they know you while not knowing them, giving so much of themselves into the music and it never seeming enough, and that musicians aren’t perfect.

“Some of my friends sell drugs,
But I just sell sad songs to the ones that feel alone,
You can count on me when it all goes wrong”

Regardless of anything else, we can count on these sad songs. We can take them as they are, without trying to make them (or the musicians that make them) anything else other than who they are. The music video is a brilliant encapsulation of all of the above. We see John running slow-motion like the hero in the climax of a movie where the guy is racing through any obstacle to get the girl. Instead it’s (brilliantly) far more mundane. He (and musicians in general) aren’t superhuman and that can be easily forgotten. The band playing at a birthday party that they really don’t fit into adds icing onto the cake of how expectations aren’t necessarily reality.

Based on “You Can Count On Me”, we are very keen to hear what is ahead in The American Dream, hoping for more of these honesty bombs giving insight as to what life is like as a musician. John refers to the album as capturing his life now as well as how he got to this point. “As much of the other Trophy Eyes works have been the hate, violence, addiction and heartbreak I fought so desperately to leave behind, this record is about shedding one’s past, transitioning from boy to man, making a home and wanting nothing more in life than to sit and enjoy the silence.”

Pre-order The American Dream now HERE. The album is available 3rd August, via Hopeless Records. See below for album track listing and artwork. 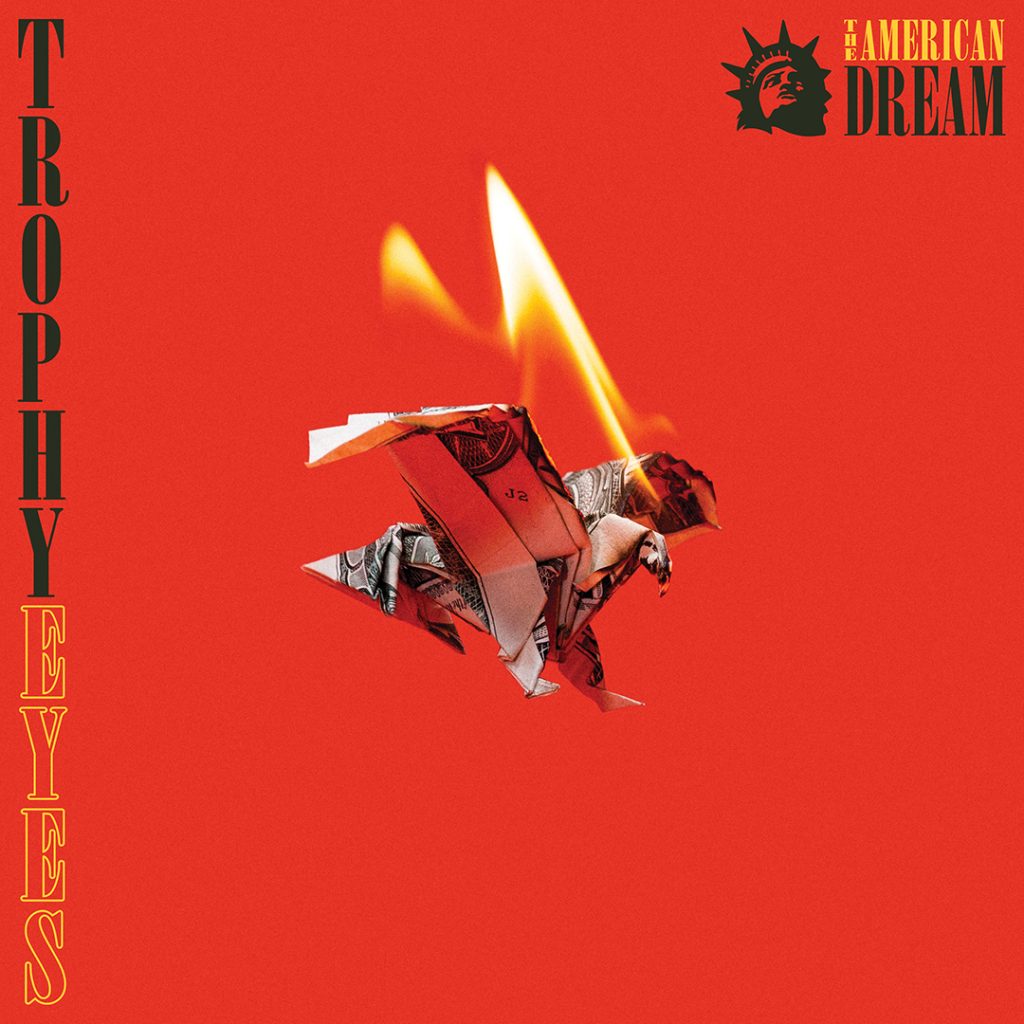