It’s a bold statement to have a human-crushing machine as the artwork to your upcoming album. It’s also a bold statement to create music that shines a light on privitisation of prisons, questions the pharmaceutical industry, explores the frighteningly real horrors of organ harvesting, and details our vulnerability to the systems and structures we exist within. Thy Art Is Murder have done all of this, announcing fifth album Human Target‘s release for July 26th (via Human Warfare) and revealing its first single.

The title track as first taste of Human Target is a tone-setting piece; painting a bleak picture where humans are farmed and devoured by those atop the food chain. With corruption as fuel, and ‘surgical precision’ as weapon, the innocent are harvested for their organs. Thy Art Is Murder’s guitarist Andy Marsh describes “Human Target” as an attempt to draw more “scrutiny and awareness” toward human organ harvesting. “To distill the metaphors of proletariat subjugation down to the visceral injustice of taking away the engines of life, seemed to be a powerful atmosphere to open the record.”

“Dig the holes, open the caves.
Pile the bodies in an unmarked grave.”

The track is as sonically huge as it is thematically. Flaring out at first in rhythmically stuttering alarm while feeding details of the human devouring ‘combines’, listeners are swiftly dragged down into a full speed bombardment. Dark and unsettling, raw and intense, it’s an assault from all angles before stuttering pummeling occurs again. Somehow a guitar solo momentarily breaks out of the oppressive heaviness.

The Thomas Savage directed music video is just as dark, blending swift shots of blood and surgical imagery with the criminal means of obtaining the organs, as well as band footage. A steady breakdown and rapid shot changes makes for a climactic ending of “Human Target”, as well as an undeniably impressive teaser for what’s to come in the album.

Thy Art Is Murder have also announced their ‘Life In The Crosshairs Tour’, which will see them hit Brisbane, Sydney, and Melbourne with heavies Justice For The Damned, Dealer, and Wither. [Tickets are on sale now] 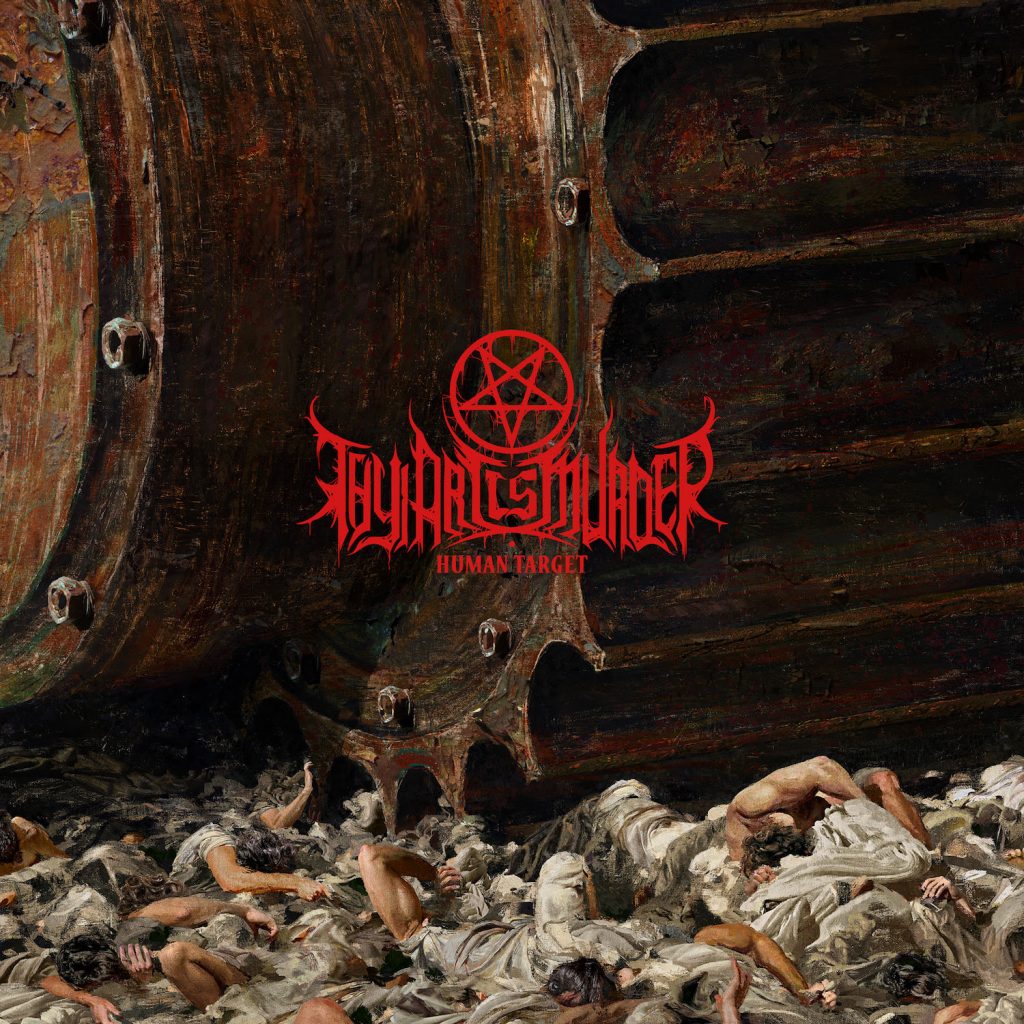 [Photo of Thy Art Is Murder courtesy of Jake Owens]