To be honest, we stumbled across The New Age by accident.

The heavy rock/alternative quartet released the single “Placebo”, and I hit that YouTube link expecting to hear something new with the vocal stylings of Brian Molko. Placebo’s distinct voice never came, and by the time I realised that the track was called “Placebo”, I was already hooked and happily stayed through to the end. Based on the YouTube comments, 700+ people did the same. It was the happiest accident I’ve ever made.

As you’ll hear, The New Age’s sound is hard to encapsulate. It bends genre lines and each track is an unpredictable adventure. At times featuring piano and spoken word. At other times screaming guitar and gritty darkness. The magnetising creative collective of The New Age are never dull in their expression of genuine music on real-life topics.

Full of questions about this new-to-me band, I reached out to The New Age, keen to learn more about the Ohio four piece. Vocalist Justin Cotton willingly shared with us the coincidences, misfortunes, and love of music that has driven ‘The New Age story’.

“I was in another band before I met the current members of The New Age. Coincidentally one of my friends knew a young guitarist named Trevor, who was only 16 at the time. Trevor knew of the band I was in already and actually enjoyed the music. So when we first met he was already interested in writing music.

We met at my friend James’ house who also happened to play drums. It almost seemed to come naturally that we just sat down with drums, piano, and Trevor’s little practice amp.

Soon after, we recruited Trevor’s friend Lucas as our second guitarist and our good friend Jayson who would play bass. Within those few days we wrote what would later become “This Life”.

From there, we wrote and practiced almost every weekend for close to an entire year before we were able to afford to go and record some of our music. We had yet to play any shows, but we were very excited to finally get on stage after we had released “This Life”. It had received a lot more attention than we were expecting.

After another 6 months of rigorous practice we finally played our first show and it was the best first show we could have ever asked for. After this we were able to finish up our EP, “Think Too Much; Feel Too Little”, and we spent the summer playing at least a few shows a month at local venues around Columbus.

“We were still very bright eyed kids at this point.”

Time passed and we soon started receiving offers from management agencies and labels. Trevor was still in high school at the time and tour had not really been discussed between us. We were still very bright eyed kids at this point.

So when we received an offer from a well known management agency we promptly accepted. Unfortunately this would lead to a lot of wasted time in our career. We were unable to release our EP and the agency would soon send us to Michigan to re-record the entirety of the EP. But this would be to no avail and unfortunately a wasted trip.

We soon after broke contract with the agency and released our EP independently. From there we continued to play shows and hone our sound. We were on the right track to recording our first full length record.

We had been getting together religiously for the past two years at this point and we had enough material to start recording. But outside life had taken a toll on me, and we had seemed to reach a plateau that we would not break for another year and a half. After some time, we were able to regain some drive as a band and start fresh.

We started working on a new album and after many request by our avid and very loyal listeners we started a GoFundMe. Unfortunately this would land us in the lowest point of our career so far. Our fellow local musicians did not take this GoFundMe decision very lightly, and soon enough posts were made, threads were started, and we had become infamous very quickly amongst Ohio’s large group of musicians.

“Music means everything to us.”

This eventually lead to us being banned from playing shows with our most popular booking agency in Ohio and surrounding areas and also viewed in a very dim light from our fellow Ohioans.

This took a toll on us as a band and it made finishing our current album, Placebo, a little more complicated, but we were determined. And even though it took much longer than we had anticipated, we were able to accomplish this. So, after our many roadblocks, our story still continues and we still have plans to continue after this album. Music means everything to us, and for some of our listeners it means a lot to them as well. We feel we owe it to them and ourselves to continue this journey as The New Age and that is exactly what we are going to do.” 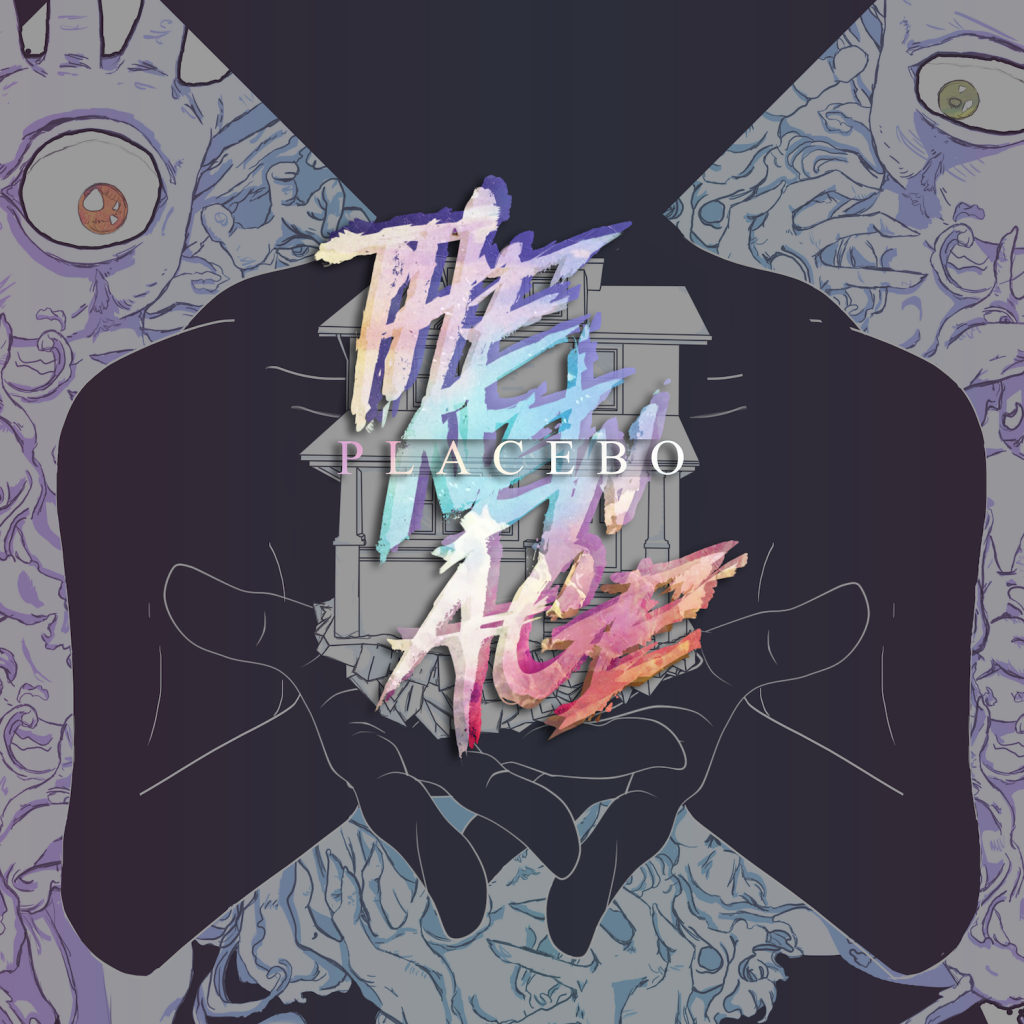 Connect with The New Age: