Try to remain calm, everyone. There’s some seriously good stuff coming our way today from the guys in Tapestry. Not only does their new track “Ghost” release today along with a stunning video, but the band are announcing the good news of an EP coming, with Ghost In Me releasing on 30th March. OH HAPPY DAY!

Just in time for their run around Australia with Polaris, Ghost In Me is seven tracks from the Darwin based band, which vocalist Tom Devine-Harrison hinted would touch on similar themes as “Dark Shade”; navigating love and relationships, while having roots in rejection.

New track “Ghost” expresses the emotional torture in the silence that remains after separation. Brilliantly captured by Crystal Arrow Films, shattered transparency in a kaleidoscopic world of noise and words echoes the ‘narrator’ being bombarded with his mental hauntedness in response to a vanished lover. In the meantime, while he wrestles within himself, the image of a woman gradually fades into the ether.

“I’m going crazy in this silence”

“Ghost” is yet another impressive piece of melodic hardcore from the Darwin band. Soaring guitar artistry tears powerfully at the heartstrings, with spacious moments leaving the sense of isolation palpable. Clean vocals that are achingly vulnerable, along with raw frustration in screams, fittingly express the internal torture that Tapestry are sharing.

About Ghost In Me, Tom shares that it’s something that they’ve “been itching to release for quite some time now“.  He goes on to say “We took our time crafting it and making sure it was exactly what we wanted to put out into the world before showing it to everyone. But now it’s finished, we can’t wait to get it out there and show everyone on this tour what we’ve been keeping under wraps. We are so stoked for what the rest of 2018 brings.“

Ghost Of Me‘s cover art is simple yet emotive, and the track titles hint toward the kind of wreckingly emotional music we might get (I personally can’t wait).

We also can’t wait to see Tapestry in full flight on Polaris’ The Mortal Coil tour in April, along with The Plot In You and Ambleside, with only two dates remaining that have not yet sold out, if you haven’t got tickets yet, you might want to hurry: 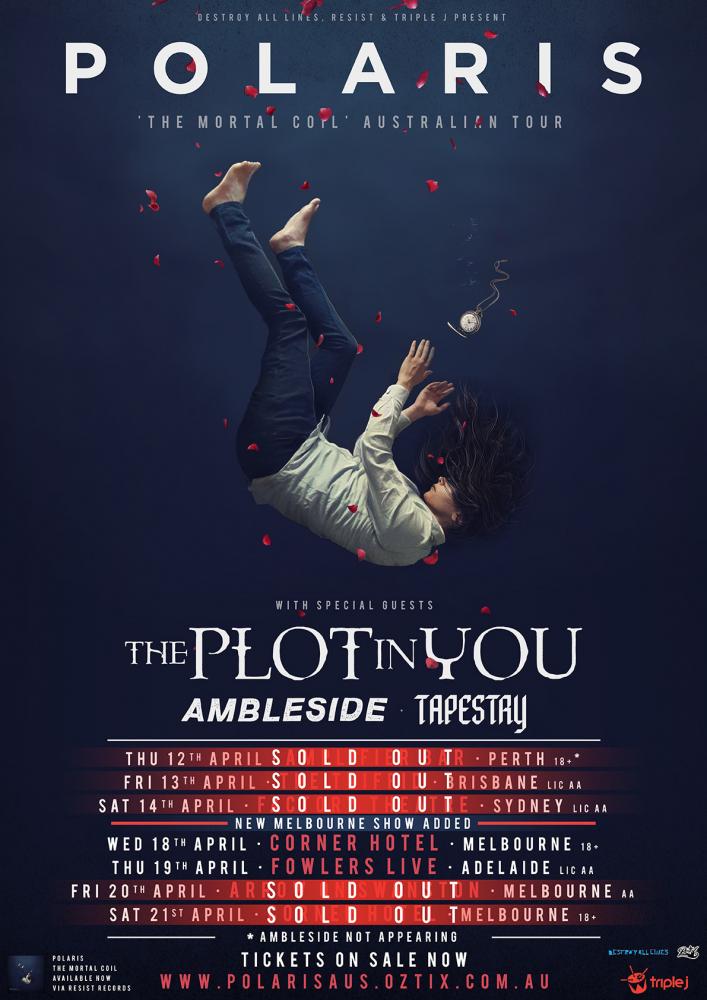