The Internal Atomics era is upon us! Long Island hardcore legends Stray From The Path have shared news of an album on the way, coupled with the release of the album’s second single “Kickback”.  Though the coals of 2017 album Only Death Is Real may be still aglow, the driven and energetic band is continuing their biennial trend of album drops, with Internal Atomics releasing on 1st November via UNFD.

With guitarist Tom Williams stating “We don’t write about driving in the car with the top down. We just try to shine a light on things that maybe aren’t always covered in the mainstream,” Internal Atomics is virtually guaranteed to hone in on areas crying out for change. The album title comes from the use of energy to create power from within, something that Williams asserts is the potential of each of us. He says “We need to treat each other better on a societal level”, and this call to action seems to form a significant thread running through Internal Atomics. As a reviewer who craved the next steps beyond the wake-up call visibility of the ‘game’ in Only Death Is Real, I look forward to what the new album brings with its themes and messages, let alone its sound!

Our first taste of Internal Atomics was the brash and bold “Fortune Teller”, and the second now is “Kickback”, which features Counterparts‘ vocalist Brendan Murphy (the album also includes a feature from Kublai Khan‘s Matt Honeycutt). Beyond this song feature, Counterparts and Stray From The Path consider each other as ‘brothers’, having supported each other for nearly a decade. To reinforce this bond, the two bands will come together on a “mystery cover 7″” that they’ll be offering with their respective upcoming albums or tour tickets! I love this idea, and I love their take on the Smashing Pumpkins Siamese Dream artwork, and would love to see more collaboration across bands! And what have they covered?! Time will tell.

“You know the fall is fast”

When it comes to “Kickback”, the track comes across as a stormy and erratic confrontation. It virtually promises consequences to those that opportunistically feast on others. With its swift turns and gutsy riffs, “Kickback” looms ominously over the villains in question. Lyrical rhythms and drum beats combine as persistent pressure for the undoing of those who’ve let their soul “slip through the cracks”. Mindblowing noisy riffage serves as a threat, as does the double-barrelled duo of voices coming at us from Drew Dijorio and Murphy.

I’m loving the two meanings of “kickback” at play and the idea that the two meanings form to become palpable consequences for dodgy actions taken. “Kickback” circles for the kill, intending to defeat the crooked, and after a spacious moment, lands one final barb in refusing to excuse the leeches. A stunningly dense and sharpened riff sees “Kickback” through to its end. There’s nothing here that’s not aptly summed up with the word ‘mammoth’.

Listen to “Kickback” via YouTube below.  Internal Atomics album artwork and tracklisting is below the video, and can be pre-saved here: https://unfd.lnk.to/PresaveInternalAtomics 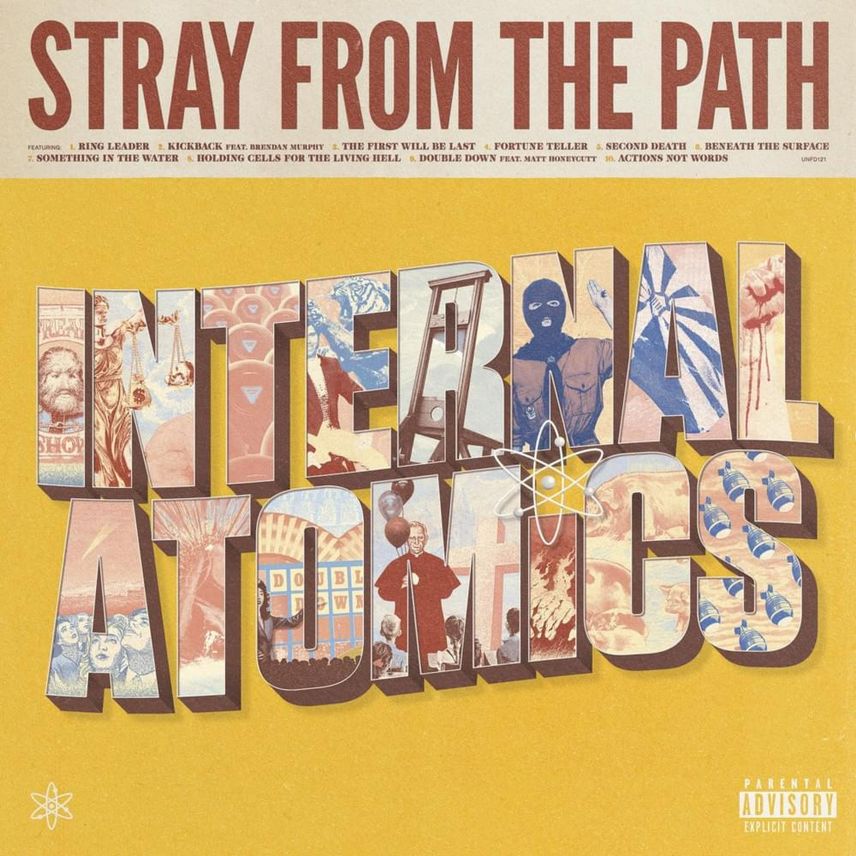 The Contortionist - Our Bones (Review)