It’s a great day when it starts with album news from the Slowly Slowly camp! With the release of its title track today, Slowly Slowly have revealed that their third album Race Car Blues will release on 28th February via UNFD.  The album will include previously released singles “Jellyfish”, “Creature Of Habit Pt. 2”, and “Safety Switch” with Bec Stevens.

In contrast to the broader story and history that St. Leonards shared lyrically and thematically, Race Car Blues is described by the band as being inspired by the last 18 months. A journey of change since releasing St. Leonards, the creative process and perhaps creative confidence has been relearned in a way, especially for Slowly Slowly’s vocalist, guitarist, and lyricist Ben Stewart.

When I interviewed Ben in 2018, he talked about how he had adored music from a young age, and had been writing songs in his bedroom as a teenager – anddddd he showed no one. He’d shared in our chat that it had been his friendship with Slowly Slowly’s bassist Alex Quayle that had given him the confidence to take that further. In the same chat with Ben, he spoke about how some of the more personal songs of St. Leonards had required some encouragement to be included too.

In talking about the creation of Race Car Blues, Ben seems to have taken a further leap again and has taken ownership of his own creativity instead of it leaning upon others or it coming through a filter of perfectionism (perhaps?). In his words “I was always such a prick to myself and I thought that that was how I made good music, by putting myself and my songs through the ringer, through this incredible filtering process.”

Ben shares that he started shifting into a more positive way of thinking about creating, and feels like this “less diluted” approach resulted in his best writing yet. He says “I stopped relying on other people as much, where previously I just didn’t feel like I could do it by myself. A huge part of that was the other boys [Alex, guitarist Albert Doan, and drummer Patrick Murphy] having full confidence in me, allowing me to take some creative risks and really backing me in that.”

“I miss myself, my friends do too”

Race Car Blues‘ title track is actually the final song of the album. Well placed, it feels like a stunning farewell of sorts. Crashing drums coupled with a wavery “I don’t want to go” on a loop craft a push to make a decision.  With guitar grandeur, wispy backing vocals, and a vibe of decisiveness, “Race Car Blues” is heartwarming and satisfying and evokes emotion in differing ways throughout, through to Ben’s final breathless vocals.

The music video shows Ben and his surrounding objects gradually being taken away by masked men. When he realises this, it becomes a struggle before a final defeat. Though the lyrics don’t give a heck of a lot away, the video and song combined make the loss of self palpable, and share the different stages of emotion relating to that. 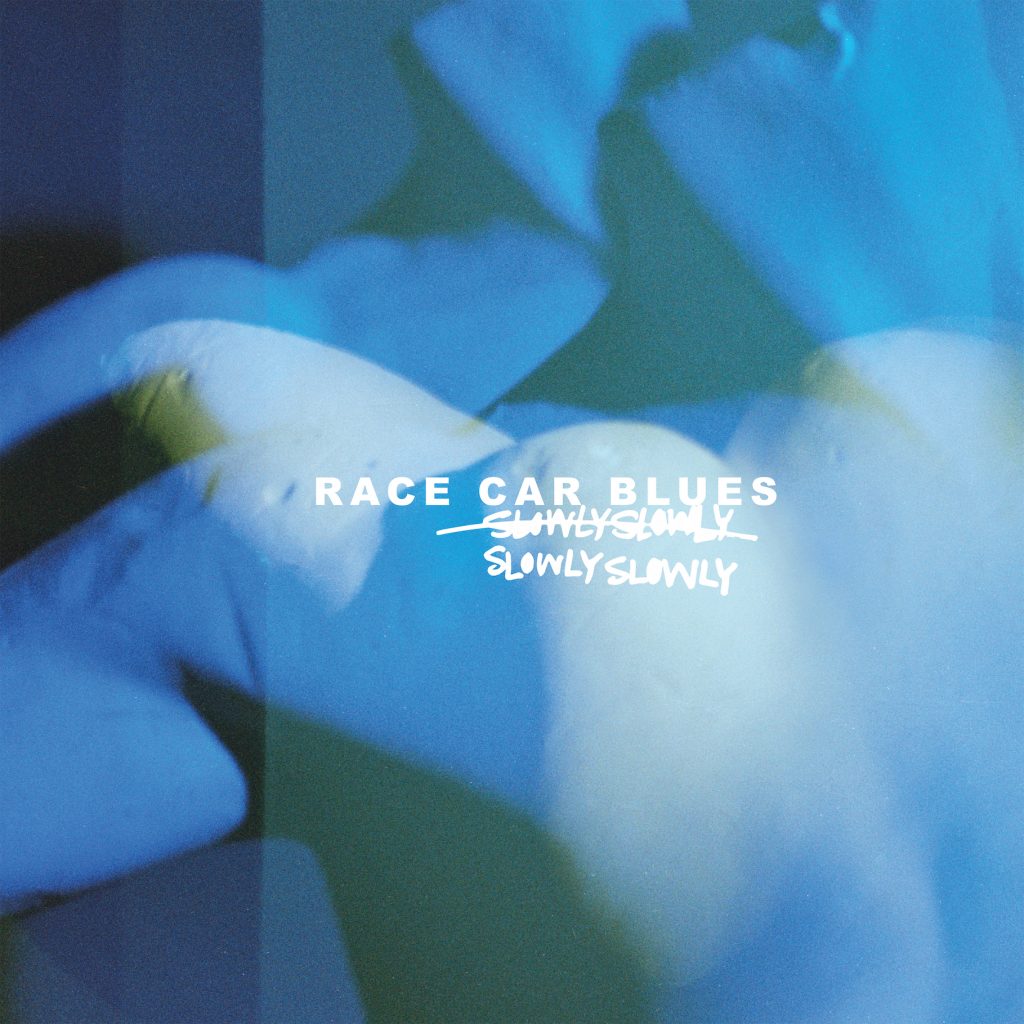