Californian punk band Say Anything are celebrating 10 years since the release of their In Defense of the Genre album with a tour of Australia, starting later this month. The band are also celebrating Is A Real Boy album and their self-titled album on the tour, with two dates in each city allowing fans to choose their favourite Say Anything songs to sing along with.

We had some questions for frontman Max Bemis, who responded in a very cool way by recording his answers to audio.

Over the recording, Max reads and then answers the questions we asked him. We cover:

0:00 The inspiration behind the band name, and if it tied in with honest expression.
1:15 Whether past versions of Max were having their mind blown with their musical creations persisting so presently.
2:45 Why he thinks Defense of the Genre, Is A Real Boy and self-titled have resonated so well with people.
4:00 If Is A Real Boy is intended to be a ‘Say Anything musical’ about life.
4:35 Whether the theatricism used in Say Anything’s music is to provide a buffer on difficult/darker topics.
5:30 Whether extreme specificity in the metaphors used inspire more relatability.
5:53 About the role of theatricism and fiction in songwriting.
– 6:42 Max’s daughter shows up and asks to play later. CUTE! –
7:03 About the tie-in of Max’s comic writing to his creativity, and whether it’s as satisfying to him as creating music.
7:38 When it was that he realised he was here to do music.
9:00 How he handles societal pressures to be a normal adult and ‘get a real job’.
10:10 As a parent, what he hopes to instill in his children.
11:00 What he’s most looking forward to on the Australian tour.
12:05 If new music is on the way for Say Anything this year.

Check details for the tour below, and get your tickets from Destroy All Lines. 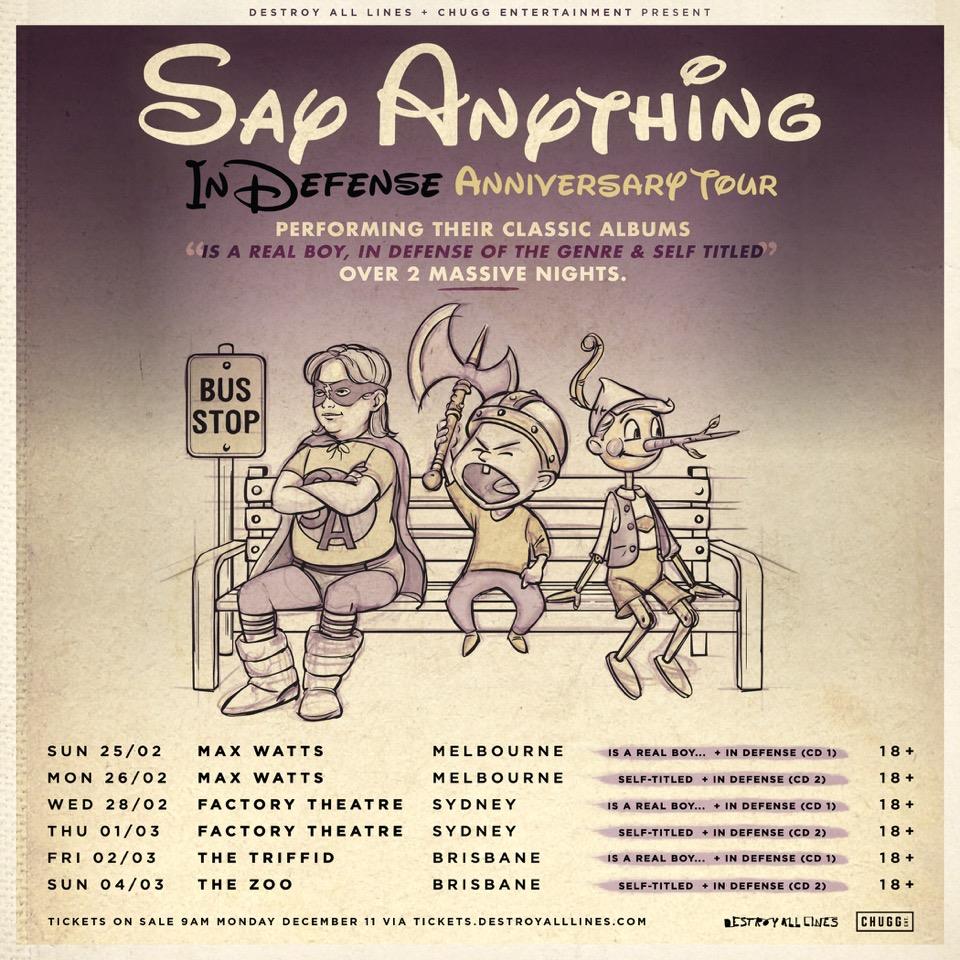