After forming in 2013 and making their mark with local shows and stand out singles, Mackay heavies Sanctum & Solace have their debut EP Made Wrong on the way. Releasing 23rd February, the EP includes previously released singles of “1096”, “Slave” and “Taedium Vitae”, along with unreleased tracks.

Sanctum & Solace are Justin Kelly (vocals), James Levin (guitar), Benjamin Burrows (bass), and Mike Hutchinson (drums). The four piece had Made Wrong mixed and mastered by Gareth Hargreaves at Tall Tree Studios. Gareth’s approach was to use all live takes of the band in the studio, capturing the energetic hardcore vibe of the band with as little dilution as possible. In James’ words, Made Wrong is the “sum total of our energy and output of last year. We are more than keen to put these tracks out into the world so everyone else can get around them.”

From the anticipation-building, feedback-squealing, furiously-confessing “Intro”, it’s apparent that there’s a musically tight and united group pumping out intensely real and chaotic music here. The 36 second lead-in is a great way to start the EP.

“Slave” comes at us with barely a breath after “Intro”, and is again intense and furious. Holding on by a thread, “Slave” uses engaging and irregular riffs and rhythms, along with furious vocals to express disgust. This teeth-gritting ache and frustration seems to be in relation to someone superficial/money-driven who is oblivious to the price they are truly paying.

“And when the silver lining breaks
You will see through, the fates that he sold“

“Slave” shifts into a more sedate section, while still carrying an edge of chaos. As the track comes to a close the spaciousness and slowing down into regular beats and subdued melodics seems like unsettling defeat and surrendering to losing what they were fighting for.

Third track “1096” bangs hard raw and hectic from the intro, before vocals that teeter on the edge of insanity flood in. Alcohol laced fury is wrestled with here, with solid and tight riffs following responsive rhythms. The expansive losing-grip-of-reality vibe of the choruses share the role of anxiety in the situation of self-medicating with alcohol.  Plagued and tortured, “1096” captures the experience of a person drowning within themselves holding onto a bottle to keep afloat; torn between facing overwhelming pain or escaping. A brilliant track in which all voices (instrumental and human) are expressing overwhelm and desperation.

The next track “The Keeper” drops us into self-hate and judgement. Again with impressive rhythms and riffs which back the feeling of what’s being shared. This cohesion across the entire band into the message of the song is something I haven’t seen done this well since Deadlights. Shifts within Sanctum & Solace’s tracks may be sonically tough to keep up with for a casual listener, but they do an incredible job of being all-in on backing what is being shared. Screaming out, with soaring sound and crushing rhythms, the vocals make it clear the self-destructive path he know’s he is on, and it’s all going on within him hectically yet in silence.

Given the chaotic sound we’ve heard up until this point, a momentary clean and sedate exploration in “The Keeper” is unexpected yet beautiful. The ache that exists underneath the self-hate is given breathing room and relatively emotionless vocals in this reprieve of surrender hit hard. The ache turns raw again and morphs into doomed living deadness, with little hope.

“Taedium Vitae” makes no secret of its distasteful observations of the shallow. Meaning ‘the feeling that life is boring and dull‘, “Taedium Vitae” feels like intense frustration toward people who are ‘young and free’ with limitless potential who opt for a materialistic and shallow life. Specific barbs are thrown toward DJs ‘forever drowning in EDM’ with aspirations that limit their goals to girls and money, instead of seeing a bigger picture.

The track is yet another opportunity to see Sanctum & Solace’s prowess with tight rhythms, swift shifts into different song sections, and raw passion in the vocals.

“Social Suicide” is the last on the EP and seems like it’s taking aim at social media vultures/keyboard warriors and the pack mentality behind it of those who ‘end a life to feel alive’. The moments of searching guitar in amongst anguished and vitriolic vocals take a stance of desperately wanting to wake people up to the rippling thread of what their attacks in the name of appearance can result in. The track’s erratic rhythms, sonic collisions, and feedback squeals beautifully capture a vibe of stress and overwhelm, magnetised to our devices and at potentially the whim of anyone who wishes to destroy us. A momentary pause is enough to wonder “What the fuck are we doing to each other?”, with a chaotic ending matching our inner chaos and fucked up intentions.

Made Wrong as an EP expresses the sentiment of how messy and destructive we are as humans; our fixation on objects and quick hits of shallow satisfaction, and our own undoing from within. Expressed with minute-to-minute changes in rhythm and sound and vocal intensity, Made Wrong is a breath-holding ride from end to end.

Releasing 23rd February, Made Wrong is available for pre-order now via iTunes HERE. 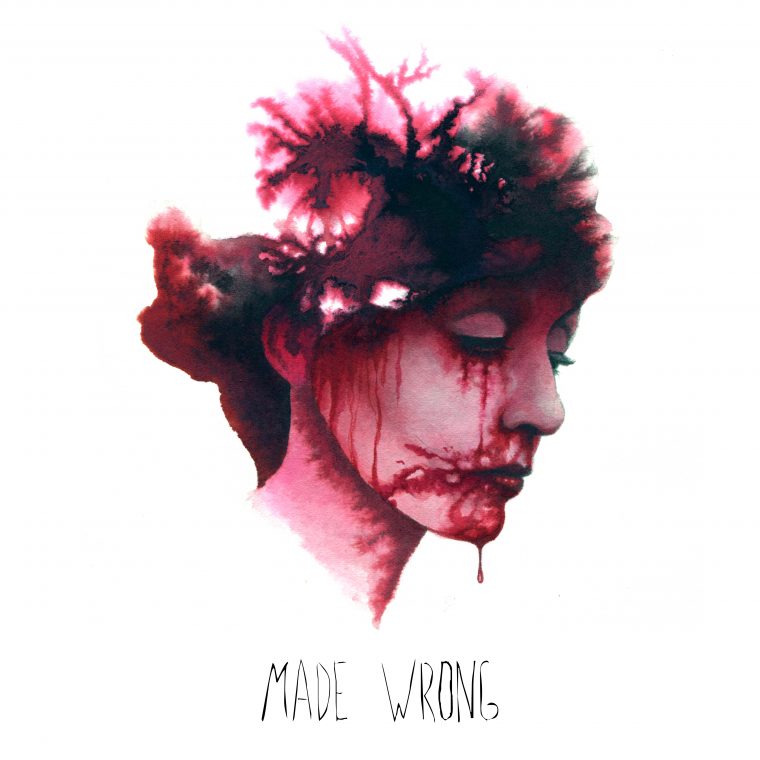 The songs were great but didn't get stuck in my head. The moment-to-moment rapidfire changes pull focus more than a memorable thread through the song.

Stuck Out: Interview with Joshua Walker