If you’ve ever wondered what happens when you put four of the world’s most entertaining metalcore acts on the same stage in one night, then strap yourself in for this. After the release of their brand-new album Alien, Northlane prepared to begin to their biggest tour yet as they descended upon Sydney’s Roundhouse. With support in tow from Canadian metalcore kings Counterparts, Los Angeles locals Silent Planet, and Melbourne’s Void of Vision, the five-piece prepared to get out of this world and took a couple thousand eager fans along for the ride too.

After some issues getting into the venue and missing a chunk of Void of Vision’s set, I was still fortunate enough to catch enough of the four-piece’s set to know that they are a band that are only getting much, much better. Washed in a green light that matched the colours of their recently released album Hyperdaze, the metalcore outfit burst through their set with eager onlookers who arrived early greeted by an intense and energetic opening set. As frontman Jack Bergin put it, it’s “Melbourne metalcore baby” and I just cannot get enough of it. Closing the set with the one-two punch of “Kill All My Friends” and “Ghost In The Machine”, Void of Vision left no stone unturned as they showcased just why they’re regarded as one of Australia’s most exciting talents.

Though it might be understandably tough to follow up from a set THAT good, Silent Planet sure made a fist of it. Although hampered by technical difficulties described as a pedalboard blowing up right before their set began, the group appeared unfazed as they flew through a concentrated and emotionally driven set. Though cut short due to the aforementioned difficulties, it didn’t stop the band nor the crowd from giving all their energy to the performance, and enthusiastic patrons clamoured over each other to get closer to the front.

While not a band that I had engaged with previously, it’s fair to say Silent Planet won me over with a distinctly individual performance. The incorporation of spoken word and the transitions between calmer moments and all out breakdowns made it a spectacle to behold while the musicianship on display made it even more entertaining.

When I say that Counterparts are the metalcore kings, I’m just going to need you to take my word on it. If you’ve seen the five piece in action before, that probably doesn’t come as a surprise and if you haven’t, it’s time to catch up. Similarly subjected to slight technical difficulties, you’d never know if frontman Brendan Murphy didn’t mention it during the band’s set. After opening with an unreleased song “Love Me”, the band had the whole venue at their mercy as the floor opened up and listeners began to have a swing.

With circle pits and crowdsurfers aplenty, it’s safe to say that if you want any band hyping up a crowd for you, Counterparts are the band to choose. Showcasing songs from their upcoming album Nothing Left To Love and the previous four that have come before it, the only conclusion I had following the band’s set was “why aren’t they the biggest band in the world?”.

Yet, as impressive as all their supports had been none received the same welcome as the hometown heroes in Northlane did that night. With an entire film crew in wait to record the show, not only were the band celebrating their recent ARIA nomination for Alien but also their ten year anniversary as a band. With five albums’ worth of fans packed into the venue, the five piece leapt straight into their set with a blistering rendition of “Talking Heads” that immediately had fans off their feet and launching towards the barrier. In what was an incredibly engrossing and all-encompassing set, it truly felt like a ‘blink and you miss it’ moment.

While the band themselves were unsurprisingly incredible in their performance the production that came with it was just mesmerising. Despite being a band that I had progressively engaged with less over the years, I can’t remember any performance that has grabbed my attention quite like Northlane did on Friday night. From the dynamic light show that flashed a myriad of colour across the stage and over the crowd, to the thick fog that built a mysterious atmosphere throughout the venue, the band and their team really pulled no punches in ensuring that this set was one to be remembered.

Sticking true to the occasion, the vast majority of the band’s set originated from the recently released Alien, with the entirety of the album making it onto the setlist with the exclusions of “Rift” and “Paradigm”. And for those who might’ve worried about the band’s transition into a sound that embraced EDM and related elements and how it would translate live – fear not! Because quite simply, it made for such compelling viewership! Songs like “4D” exploded towards the crowd who (like myself) could only brace for the impact as they were belted by arguably the best Northlane performance yet.

While the performance of Alien went off without a hitch, deeper cuts like Node’s “Rot” had the entire crowd eating out of the palm of the band’s hands. Bridge himself was at his masterful best, as he seemingly slipped between the extremities of his vocal range with such ease. Similarly, his bandmates were better than ever, as every guitar note, bass pluck, and drum beat hit with such untempered force. Yet for all the intensities and pleasantries that made their way into the set, it was the set’s conclusion that really showed just how far Northlane have come. 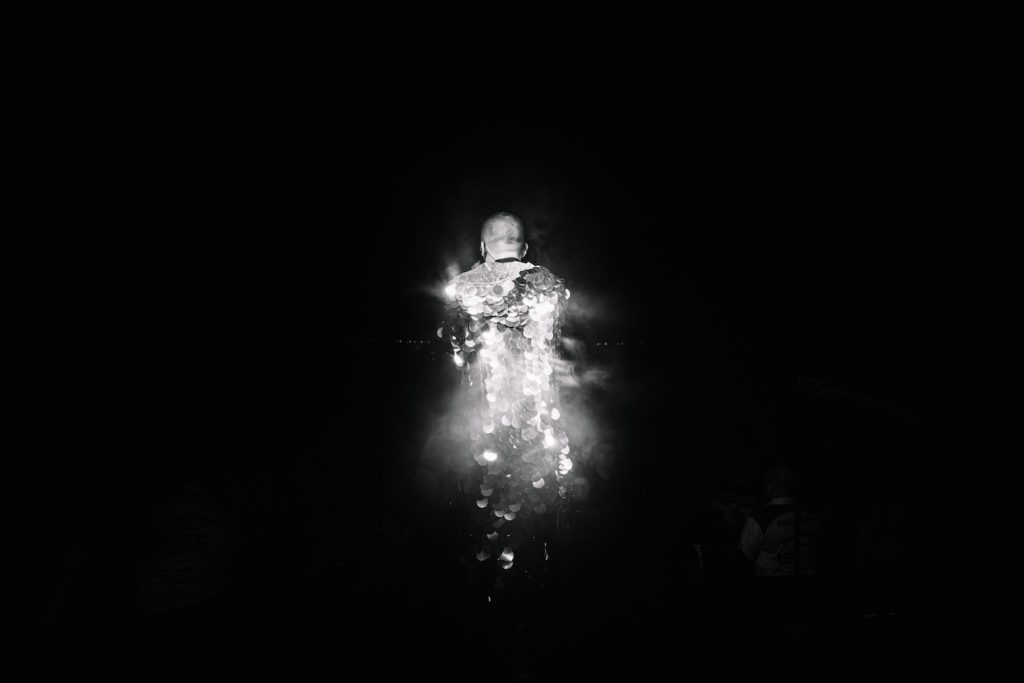 Unable to resist the allure of a planned encore, the band disappeared momentarily before Bridge emerged alone in the live debut of Alien’s closing track “Sleepless”. An atmospheric piece, he stood alone for some time before being joined by the remainder of the band as confetti that had been shot out earlier slowly trickled to the floor.

As if performing an entire 180°, the band signed off with “Quantum Flux” to a raucous reception, in what was undeniably the set’s finest moment as fans both new and old took one last chance to celebrate alongside the band while one final blast of confetti covered the crowd in what almost looked like snow.

As the last bits of confetti sprinkled onto the floor and punters trudged out of the venue, there was a buzz throughout the venue that everyone had really watched something special that night. In what was a remarkably dynamic and impressive performance that showcased exactly what Northlane is about, it’s hard to imagine that the remaining shows could come close to the band’s homecoming in Sydney. If this is only just the beginning of the Alien era, I personally am very excited to see what comes next.