Have you heard the buzz? Hopeless Records have a compilation on the way that includes a bunch of your favourites. Songs That Saved My Life is a collection of special songs hand-picked and covered by bands to celebrate the powerful role that music can play. The release will feature killer bands like Movements, As It Is, Dream State, Stand Atlantic, Taking Back Sunday, and more! We’re keen to discover what kind of spin these bands will put on their chosen songs, especially because the songs they’ve chosen have emotional significance to them. (Find the full list of artists and album tracklisting below)

As well as announcing the compilation, Neck Deep have released their cover of Natalie Imbruglia’s massive hit song, “Torn”, which will feature on the album. Originally released by Ednaswap in 1995, it’s the Natalie Imbruglia version (1997) that gained fame and holds a special place in the hearts of many.

Vocalist Ben Barlow said on their version of “Torn”: “It clicked that we could cover it one day when we were on tour, eating somewhere and it came on the radio. We started singing along and quickly realised this would make an awesome cover once we ND’d it!” Neck Deep do the original track justice and still manage to make it sound like their own, adding their punk flair to it whilst still maintaining the same infectiousness and emotional warmth. Ben’s vocals suit this song beautifully, and the emotion he conveys works well with the classic Neck Deep guitar tones to create what sounds like it could be a Neck Deep original.

The cover also comes with a familiar looking music video. On filming it Ben says: “Once again we teamed up with our buddies at Our World Is Grey and aimed to recreate the original video, but with a Neck Deep twist. We scrapped the love element and instead opted for more comedic value.”

They also tried to add their own original story to the video, as Ben continues on to explain, saying “Alongside that, we have a slight narrative where I’m constantly interrupted by the life that goes with being in a band, with me cutting a frustrated figure.”

The video is a fun watch, showing all kinds of shenanigans taking place around the band members as they are trying to play. Annoying producers, makeup artists, costume designers, it all has to be perfect, detracting from his singing. As they stand in this single apartment playing this song, the whole place is essentially pulled apart from under their feet, as the behind the scenes people take over and completely redesign the set. Despite the constant concern on the faces of all members throughout the video, the added signature Neck Deep humour persists; whether it’s Ben singing the chorus while holding a dog up to the camera, West annoyingly lifting his legs up for someone that is vacuuming, or the climax where everyone breaks out in a mad two step in the middle of the room.

Speaking on the video, Directors Joshua Sowter-Halling and Daniel Broadley, of Our World Is Grey, felt humbled by the opportunity, saying “It’s not often you get a chance to pay homage to a massive 90’s music video, so when this landed in our inbox we were definitely stoked! We wanted to get the whole thing looking as close as possible to the original but with a few little updates, like changing the aspect ratio from square (4:3) to Widescreen (16:9) which gave the whole piece a more modern feel. We were blessed with an incredible art department who all worked tirelessly to mimic the original set… the rest of it was just about having as much fun on set as possible!”

Songs That Saved My Life proudly benefits the mental health and suicide prevention organisations Crisis Text Line, Hope For The Day, The Trevor Project, and To Write Love On Her Arms. The album is out November 9 via Hopeless Records and can be pre-ordered here:  https://www.songsthatsavedmylife.com/

Songs That Saved My Life Tracklisting 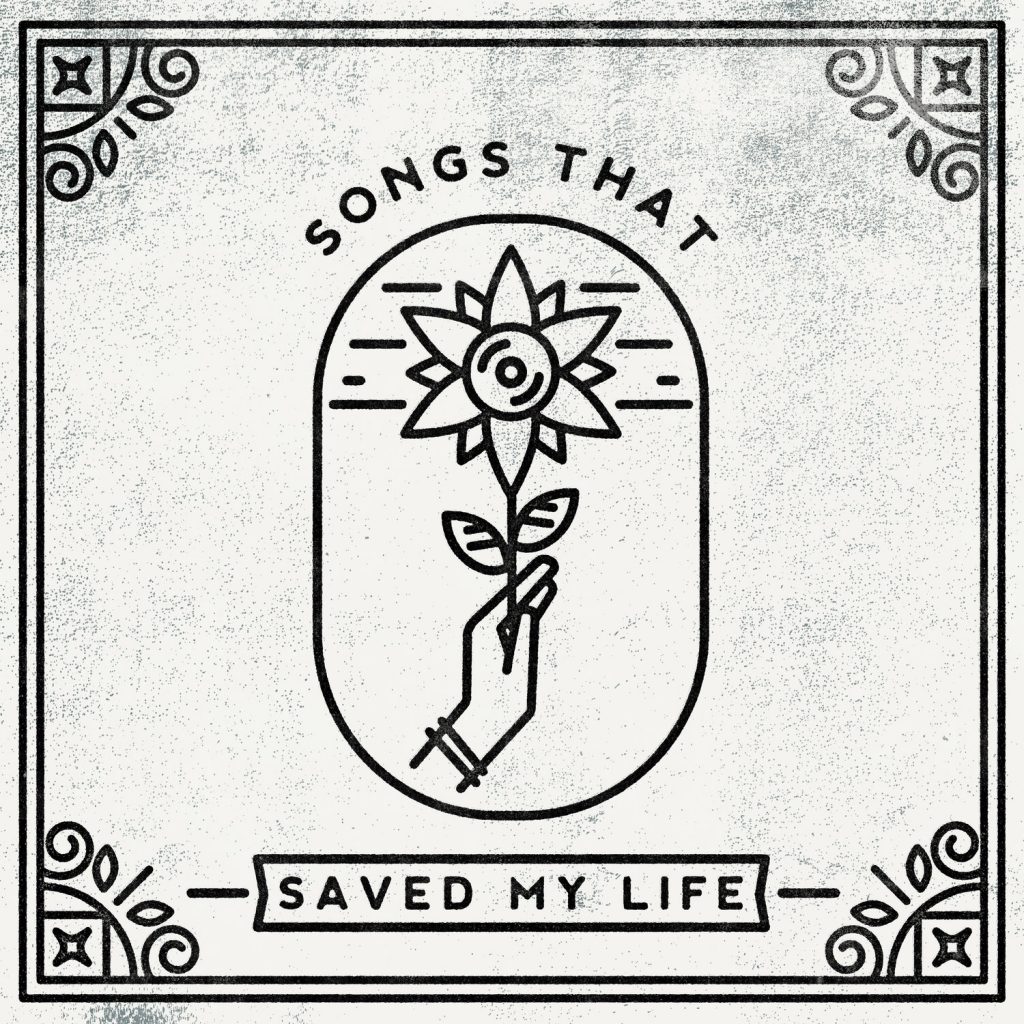 The Rise Of The Welsh