I’m ready to run, are you ready?

When it comes to Hellions, I was fortunate enough to run into them on their latest tour and catch a preview of their new single “Smile”. My memories of the night certainly didn’t betray me, as “Smile” is just as fun and quirky as I recall. The track comes from the band’s freshly announced upcoming album Rue, which follows on from the standalone masterpiece that is Opera Oblivia. Rue will release on 19th October via UNFD.

As usual, Hellions have a lot to say on this track and that doesn’t take away from the music at its core. Guitarist and vocalist, Matt Gravolin answered a few of my curiosities about the song and what “Smile” means to him. When asked about the story behind “Smile”, Matt shared “The song is about our need, as a species, for moment-to-moment entertainment. The urgency of that need means that our entertainment often comes at the expense of our compassion. We’ve all found ourselves speaking in blue, snide language about trivial matters that aren’t of any real consequence to us, asserting invalid opinions for the sake of having our voices heard, on and offline. It’s cheap conversation, it’s cheap stimulation and it’s addictive. Judgemental thinking can take over involuntarily when so much of our mental space is surrendered to it.”

“We seem to be stuck here despite knowing that this thinking and behaviour isn’t conducive to any lasting happiness.”

The song is a triumphant feast of energy that bellows a need for change. I found myself getting lost to the melody far too many times to properly analyse the key lyrics. It wasn’t until I started singing the chorus aloud that I noticed how both confronting and accurate the lyrics really are: “If we could shut the fuck up, maybe we could learn to smile for once.” It’s a blunt attempt to cease the easy and meaningless expression that Matt talks about.

Never ones for meaningless expressions themselves, Hellions never shy away from hard topics (see “He Without Sin”). With each song catchier than the last, all with very real topics, my feet can’t help but move but my brain can’t help but churn. I feel this is what makes Hellions such a powerful act with such loyal fans: The ability to offer a feeling of pure ecstasy with the respect to offer you a meaningful point of view at the same time.

Matt hopes that “Smile” brings awareness and responsibility for what we’re putting out into the world and past our lips. In his words: “Speaking in trivialities for the sake of adding some height to ourselves is something everybody is guilty of and it only promotes fear and returned venom.”

I admire the themes Hellions as a band tackle, being quite large and/or controversial issues. It’s easy to misstep or potentially alienate listeners but they stand on steady ground and wager a fair point. Who can honestly argue that being a dick, for the sake of self-gratification, is a productive condition to feed into?

While the band’s upcoming 12 track album Rue seems to focus much more on darker, deeper tones lyrically, it’s easily the most upbeat and bouncy we’ve heard the Sydney four-piece in some time. The band touch on the struggles raging within ourselves, and see the album divided into ‘pessimistic’ and ‘humanitarian’ sides of life. From the press release about Rue, we learn that Opening tracks “(Blueberry)” and “Odyssey” deal with the humanitarian elements “examining how the high consciousness we possess has led to a culture of egocentricity and opportunism“.

Recorded with Hellions’ “fifth member”, producer Shane Edwards of Karma Sound Studios and Thailand, the band have been transparent on social media about heading back into the studio to finish up and redo a few things Rue. Matt shares that “Smile” was created late into the recording process; on the third and final visit to the studio. He says “It’s musically refreshing for us as a band, blending some new ideas with old tricks.”

Matt’s response aligns perfectly with what I believe makes Hellions growing success so self-accountable, their ability to be refreshing. I could only name a handful of musical acts that can create such a unique sound per album while still recalling their trademark feel. They consistently reinvent themselves without losing that Hellions vibe. This factor makes it hard to really nail down a set genre to Hellions but when the music is playing, none of that seems to matter. The unique intro that guides us throughout the song (“I’m ready to run, are you ready?”) is something I couldn’t have predicted two years ago; let alone the twinkling sounds and exultant strings we hear. The jangling guitars and crashing cymbals are amongst other sounds that all grow together to form what really stands as a bright track in a wonderful new direction.

When asked if he had to best compare “Smile” to a previous release, Matt shares that musically it could be compared with the ‘effervescent elements’ of “Thresher” or “22”. The two fan favourites stand in a similar light to “Smile”; the punchy vocals of the verses are reminiscent of “22” while we see an aggressively anthemic chorus much like we were treated to on “Thresher”.

As was the case for “X (Mwah)” and “Furrow”, I’m finding myself connected to “Smile” with the innocence of a child discovering something for the first time. I’ve already lost a few hours to things like mindless humming, dancing, singing – you name it. Even if it is only for a matter of days, a matter of hours or a matter of minutes, that’s a powerful reaction to grasp from a listener and I can be sure I’m not the only one.

“Smile” is a well-painted portrait of the ever growing dynamic Hellions stand proud by. As Matt said earlier, it’s something fresh with some experienced tricks. It invites us to think and to change, asking us to grow where our peers are failing to do so.

With gorgeous album art, Rue can be pre-ordered here: https://unfd.lnk.to/Rue 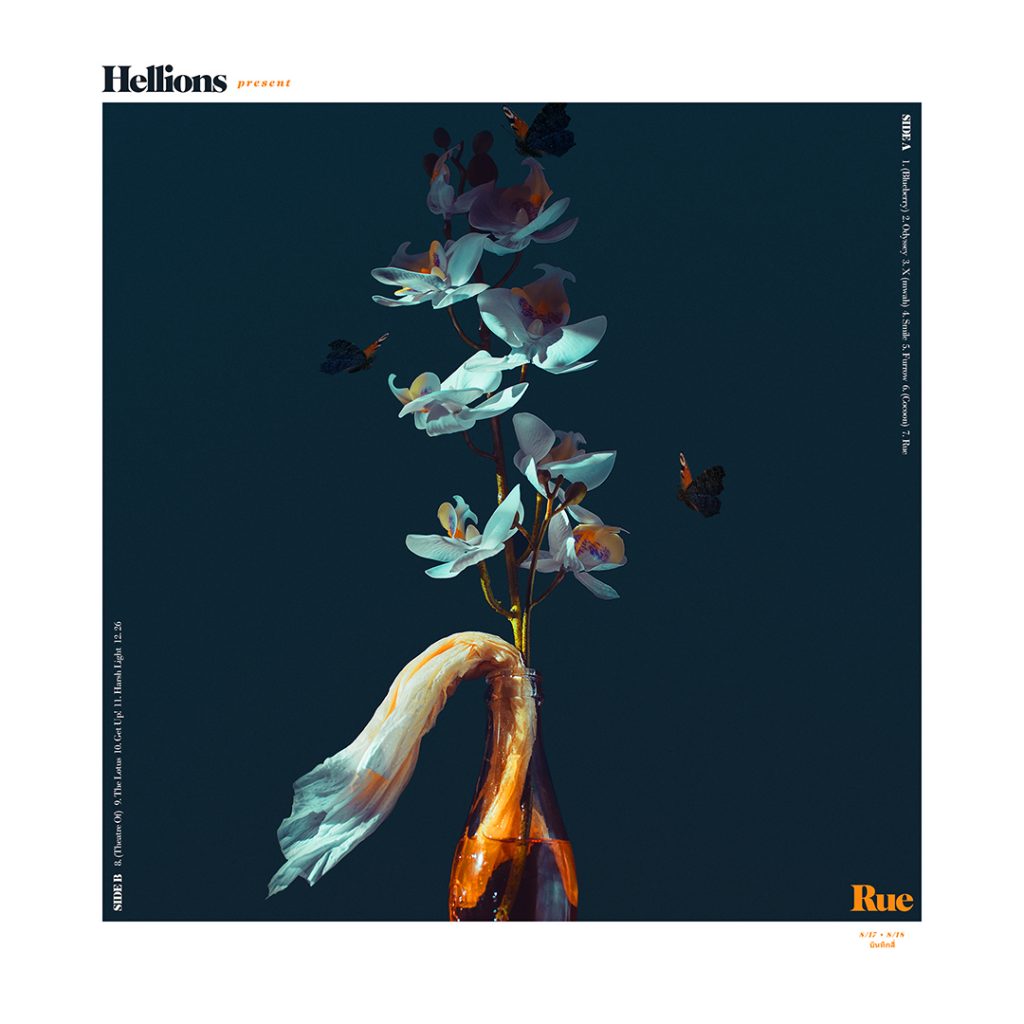 A fan of music and an even bigger fan of his opinions, Jack Walsh is a resident content creator of Depth Magazine. He is currently studying a Creative Writing degree and hopes to someday be writing for Rolling Stone. [Enjoyed the read? Shout Jack a beer.]

The Last Martyr - Into The Black (New Music)