With billboards posted in Melbourne, Sydney, and Brisbane about ‘Good Things Coming Soon’, we gradually got to understand that Good Things was a music festival and that we should probably get excited about it! There’s been a distinct lack of festivals for music on the heavier end of alternative, so hopes (and hype) have been high for Good Things.

And what do you know, it has the legendary punks The Offspring headlining, and performing their 1994 Smash in full, featuring classics like “Bad Habit”, “Gotta Get Away”, “Come Out And Play” and “Self-Esteem”. Oh HELL yeah.

Good Things will also bring Stone Sour, All Time Low, and Dropkick Murphys to our shores! Let alone La Dispute, Babymetal, and a whole host of jawdropping acts that are set to see this event sell out FAST.

But enough from me. Behold the lineup in its full splendour! 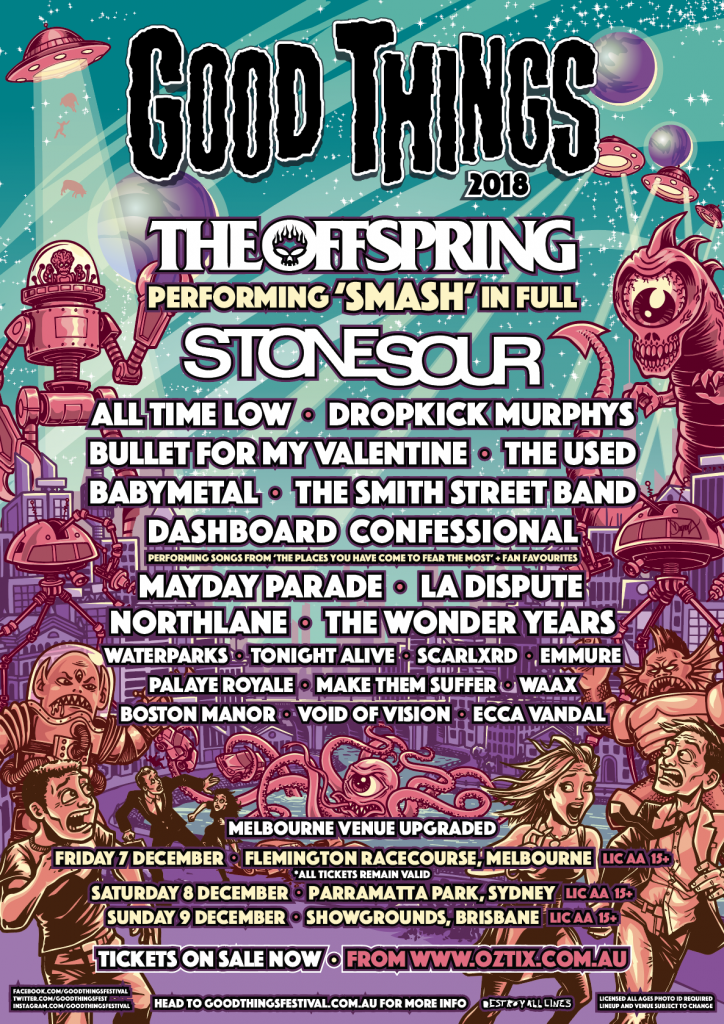 General Public tickets on sale Thursday 30 August, 9am through www.oztix.com.au

Get To Know: Idle Eyes