Download festival is coming to Australia! After a fifteen year long history of bringing heavy acts to the UK, the ‘world’s premiere rock and metal event’ is heading to Australia. Save the date for March 24th 2018, when twenty-eight local and international bands will hit four stages at Flemington Racecourse.

The line-up announced today proudly celebrates local talent amongst international powerhouses, with a third of the list being from Australian shores. The line-up is a curious blend of heavy acts spanning over several decades of industry presence, from the 90s roots of Grammy award winners Korn through to powerfully emotive sounds from up-and-coming Melbourne act Alpha Wolf.

It’ll be the first show in Australia for Korn since the release of The Serenity Of Suffering, with their headline of Download being the ONLY Australian show for the alt-metal band.

Prophets Of Rage will celebrate their first ever Australian show at Download bringing their revolution inspired passion in this happy marriage of members from Rage Against The Machine, Public Enemy and Cypress Hill.

Download seems to want to keep us on our toes, entertaining festival-goers with time-warping sets from old school acts like Limp Bizkit and also hitting us with mind-blowing intensity from more current acts.

Cannot wait to see punk rock legends NOFX in the flesh, see the Viking-inspired heaviness of Amon Amarth‘s set, see the joyful self-deprecating sarcasm (and theatrical impressiveness) of Falling In Reverse, and so much more. I also can’t wait to see the lesser-known (yet incredible) bands gain new fans with their sets.

Embrace the hype with the Download Festival Melbourne 2018 Spotify playlist: 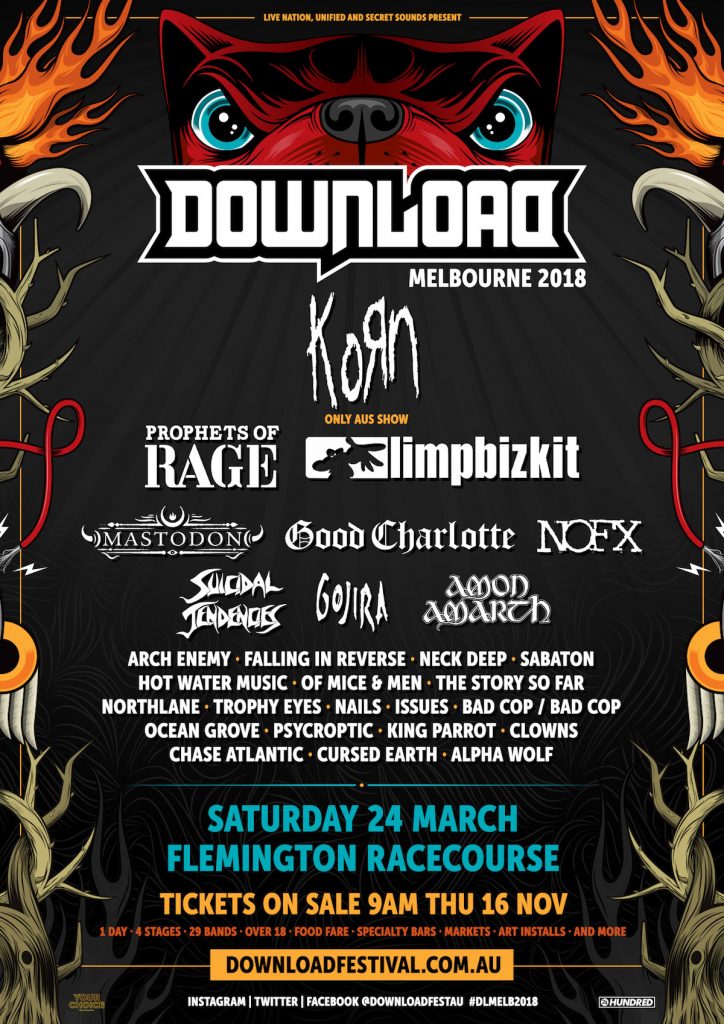 Dream On Dreamer - Don't Lose Your Heart (Track Of The Day, 9th November)