Daybreak are back! We last heard from the Perth heavy band with the release of single “Acid Rain” last year, which followed on from their Death Dreams EP released the year prior. The quintet are now four, with the departure of guitarist Brodie Wilson, leaving the band consisting of Shaun Cox (vocals), Blake Pearce (guitar), Sam Warren (drums), and Liam Webster (bass).

As well as dropping new single “Godfather”, Daybreak have announced a three track EP (Godfather) to be released on 22nd May. There’ll also be shows to celebrate, with the band heading out on the Godfather Tour, as well as supporting Alpha Wolf on their Fault Tour.

Details aside, “Godfather” is one heck of a song.  From its cavernous and foreboding opening (which is seriously sonically immersively ‘wow’, mind you), we’re drawn into a tense story of loss and grief.  Circular riffs and a downward slide paint a picture of struggling through an experience.

Getting darker vocally, the track bleeds suffering and isolation, with oppressive beats. Rhythmically erratic, we’re with Daybreak as they create an experience with seemingly no easy way out. Emotionally hard hitting, the overlapping vocals and the fullness of the chorus is incredible.

“Godfather” is mesmerising from end to end, pulling the listener into a rich experience with them. The subject matter is clearly personal, and it’s palpable with the shifts throughout; from lowest lows to floaty singing. If this doesn’t whet the appetite for the Godfather EP, I’m not sure what will.

Watch “Godfather” via YouTube below, and pre-order the EP via iTunes. 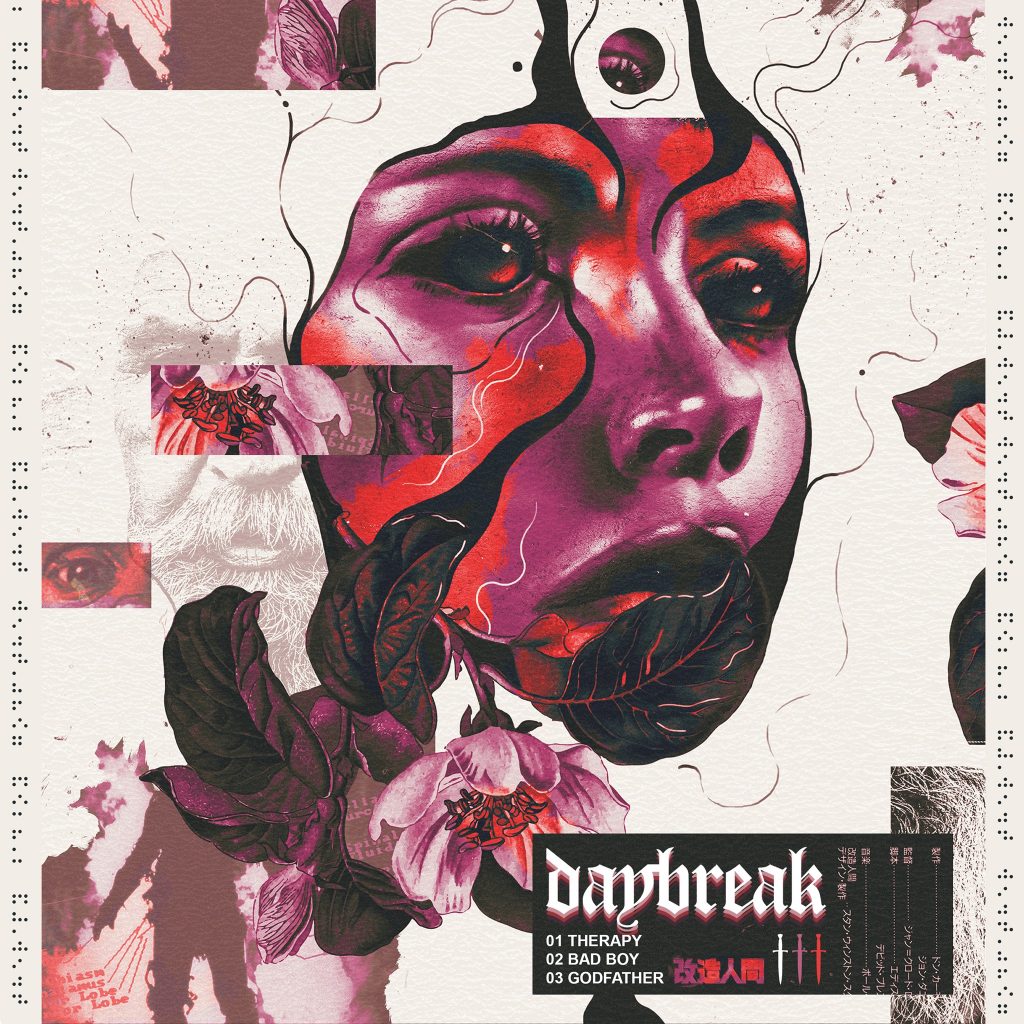 Down For Tomorrow - Thanks To You (New Music)