Those prolifically creative heavies from Japan have done it again. Crossfaith have released “Digital Parasite”, and have announced that the new single (as well as “Endorphin” before it) will appear on their upcoming release, SPECIES EP.  The EP’s five tracks will release on 22nd May via UNFD, and include a feature from Osaka based rapper Jin Dogg.

The monstrous and driving identity-searching “Endorphin” was impressive enough, and “Digital Parasite” proves to be even more hectic. The wild track comes barrelling out of the gate with futuristically-tinged whispers before drum blasts and screams collide. Enunciated lyrics deliver a haunting question of what’s felt and observed in our daily experience, and bounding and energetic choruses call like questions outward into the abyss.

A slick trap moment blooms midway through “Digital Parasite”, toying with the question of selling out for digital fame; the overarching theme of the song. On the subject, vocalist Ken Koie shared that he had initially felt the explosive nature of the instrumentation, and was inspired to explore a topic in an “aggressive and offensive” way, lyrically speaking.  He says that Crossfaith had seen “people selling their soul to get fame”, and from this was inspired to forge ahead authentically. He says “We need to be honest to the music, to ourselves and to our audience, but some people are happy to start cheating and I don’t care for it.”

Crushing and zig-zagging, the track explores a variety of sounds, with voices raining down amongst heavy domination.  The return to a theatrical-esque melody makes for a captivating ride, akin to observing the circus of life conducted in the online arena. It’s a stylish sonic cut from the band, and certainly whets the appetite for SPECIES EP to come.

Watch “Digital Parasite” below via YouTube and find it via streaming channels. 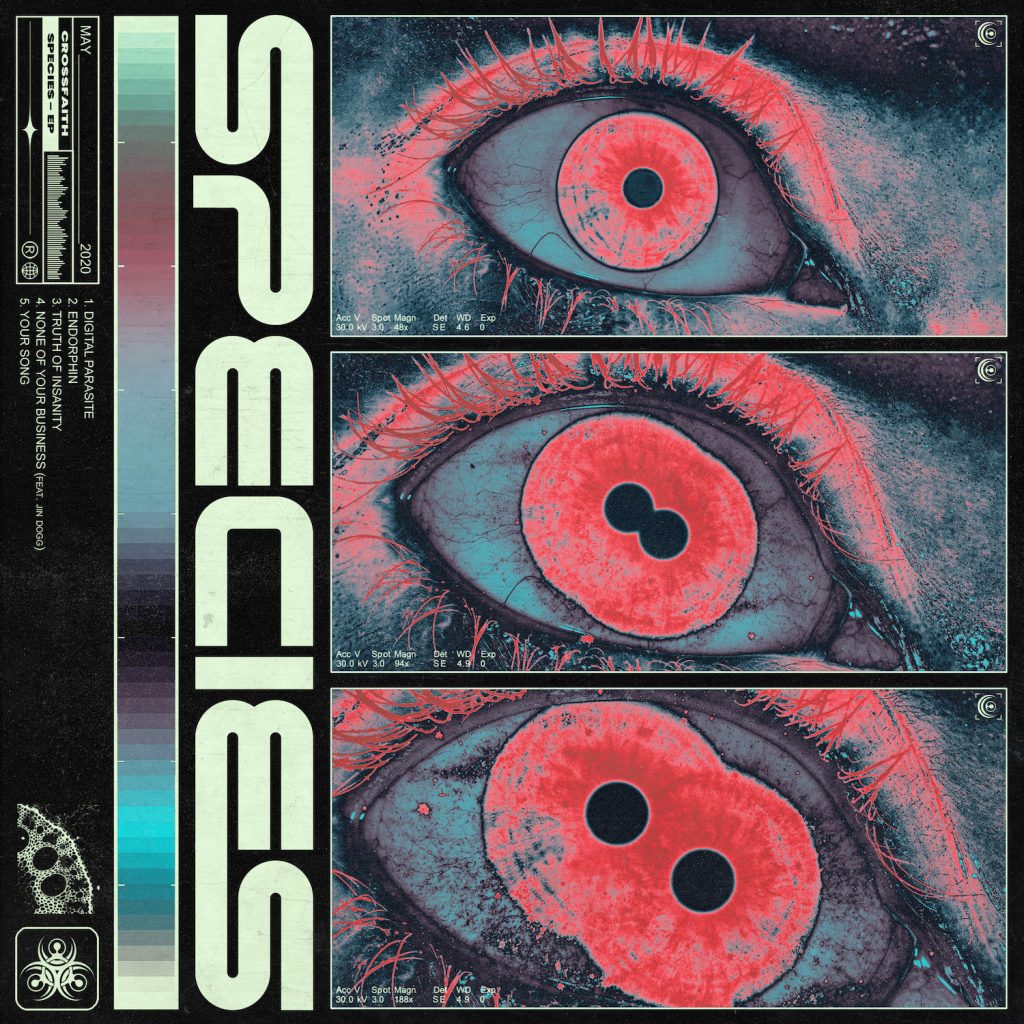 1. Digital Parasite
2. Endorphin
3. Truth Of Insanity
4. None Of Your Business ft. Jin Dogg
5. Your Song

Pre-orders for SPECIES EP can be accessed here: https://unfd.lnk.to/SPECIESEP

Live Videos To Tide You Over