Post-hardcore band Caution:Thieves have new music on the way. Releasing their debut EP in 2015, the Melbourne based four piece (including Nicholas, Chris, Toby and Taylor) have a second EP, entitled Songs From The Great Divide, releasing 31st March.

I’ve listened to Songs From The Great Divide and also connected with Nicholas Simonsen from Caution:Thieves to learn more about the band and the music.

I’d love to know where ‘Caution:Thieves’ as a band name came from?

I originally had the name Cautioners in mind, which is the name of one of my favourite Jimmy Eat World songs. Then I figured there was already far too many single word plural band names around, and fleshed out the idea into caution:thieves.

How did the band come to be?

I had just been working on some material for a while and decided to jump into the studio and put a few tracks down. Those tracks ended up being our first EP. I put together a live band and it all started moving from there.

I love that you have described yourselves as ‘melodic and heartfelt’ as well as post-hardcore. What’s your opinion on genres in general in music?

We all just love music, without restricting ourselves to a particular corner/niche. I just tend to gravitate towards the bands and artists that use music as their catharsis, as that vulnerability and transparency tends make for incredible music.

You guys initially released The Same Sky in 2015. A lot can happen in two years. How do you feel that things evolved since then for you as a band and how has that changed your sound?

A lot changed. We lost some members and solidified a completely new lineup. My approach to songwriting changed, and I started focusing on simplifying our sound a bit and making it more impactful. I feel that with this new EP, it is far more refined and there is a lot more to latch onto as a listener. 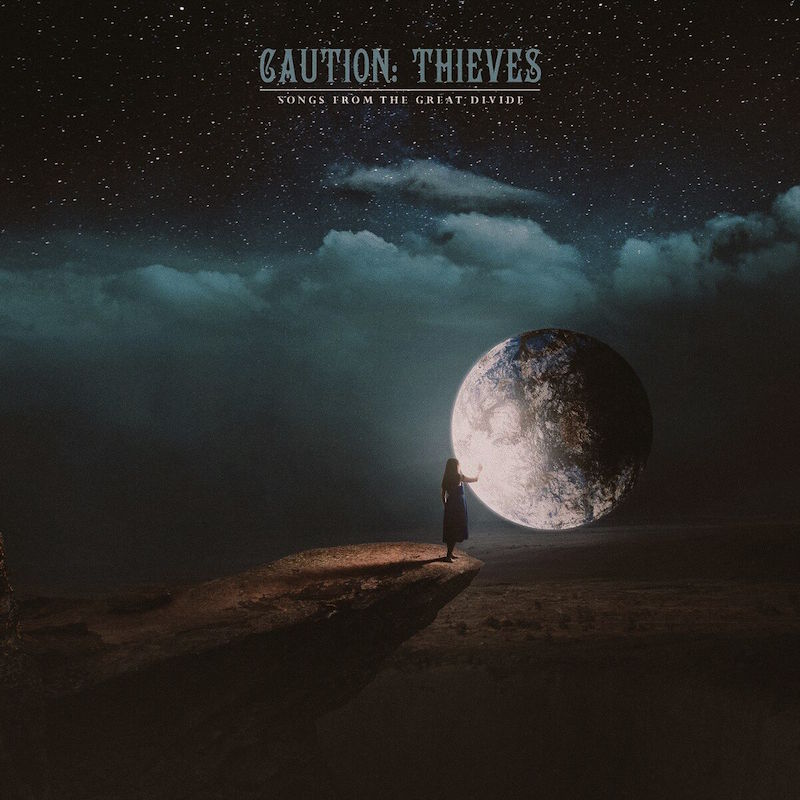 “Ink Into Water” as the first on Songs From The Great Divide, has a really beautiful yet sombre introduction, before declaring “ENOUGH”. Is this putting-down-of-foot fitting for your stance in creating the EP? I love that the structure of the song (“Ink Into Water”) isn’t at all predictable. Does that kind of thing come to mind or do you just flow with the song?

I was in such a unsettled way when writing this EP, hence the “frantic, erratic and anxious” line that opens proceedings. I guess I wanted to imply delicate and vulnerable setting, then abruptly turn that on it’s head to match that anxious and erratic feeling that was going on in my head.

“A Greater Sense Of Self” is so awesomely hard hitting. I love the lyrics “Don’t give up on me and I won’t give up on you”. Who is this song directed toward?

I don’t think it’s necessarily in reference to one particular person, moreso aimed at those who have felt the weight of anxiety/self deprecation in general.

The breakdown (“A Greater Sense Of Self”) is beautiful, as well as the distant vocals through it. It’s such a sick track. I love that in your music there are spaces allowed for instruments to ‘speak’ as well as vocals. Do you have any thoughts on that?

I’m a big believer in the “everything in moderation” ethos. Every instrument has such a unique timbre, so we make sure that every one of them has their time to shine.

I got to hear “Years On The Precipice” earlier and loved it. What inspired you to choose this one as a single?

In my opinion, it’s just a really good example and snapshot of us as a band. It’s energetic, melodic and dynamic. Which is what we aim for in our sound.

The blend of clean and unclean vocals is done really well. There’s a sense of ‘ENOUGH’ here also, heavy with frustration. What inspired this one?

YOTP speaks about how I used to dwell on things and wish that I could go back and do it all differently. At the end of the day, there is nothing gained from what I can’t change so the song is more about focusing on moving forward.

“And You’ll See The End” is a really sweet way to close the EP. There’s a really strong self-realisation factor here, making it feel really grounded and strong. Is this where you guys are at at the moment?

As you can probably tell, a lot of my writing comes from introspection and trying to be self aware. These songs came from me taking a stance in my life to improve and push away things that had been weighing me down for far too long. Again, I tend to gravitate towards music that is very cathartic, and I apply that same ethos to my own writing.

Musically “And You’ll See The End” is clear and unflashy, unapologetic. If there was a Caution:Thieves anthem, would this be it?

Perhaps! This one is definitely something new for our band. We wanted to end the EP on something fresh and uplifting. With that in mind, I think it’s a great way to sign of this release.

I loved the EP, I hope it does really well! What is next for you as a band?

Thanks a heap, I’m glad you liked it! We’ll be fairly active over the coming months with live shows and we’re currently working on a tonne of new material, some of which will see the light of the day later in the year.

I see you’re playing in March, is there much going on by way of live shows for you?

We’re lucky enough to be supporting our South Australian brothers in A Ghost Orchestra for their album release show on March 18th at The Tote. We have a tour for the EP in the works with a few cool bands, but we have to keep that one close to the chest at the moment.

Thanks Nicholas and caution:thieves for taking the time to talk with us. Check out Songs From The Great Divide from 31st March. Pre-orders are available already HERE.

You can check out “Years On The Precipice” now.

Trophy Eyes - Rain On Me (Track Of The Day, 18th February)