Sydney’s Blue Velvet are currently on tour, playing shows along the east coast of Australia along with Melbourne’s Mild Manic. Bolstering the adventure is the release of new track “Stay Inside All Day”. The track is the first from an upcoming EP that will be brought to life mid 2018.

“Stay Inside All Day” was recorded and produced with Fletcher Matthews (Dear Seattle, CLEWS, Columbus, Stumps), and made its debut yesterday via “Life Without Andy”.

The first from the band since last year’s “You’re Not Going Home”, “Stay Inside All Day” is a light-hearted, lay in bed and do nothing anthem. Vocalist Samuel Bauermeister refers to the track as a “direct response to where we’re going as a band” and an experience that was refreshing for him, in looking historically at how he’s treated productivity. Samuel goes on to say “It’s an anthem about procrastination. It’s about being stuck in a rut and pretending to be content, only to realise how messed up that is.”

Coupling honesty and self depreciation with an upbeat and dance-inspiring sound, “Stay Inside All Day” is catchy and endearing. Joint vocal forces on the track make it easy to picture a crowd singing along with Blue Velvet, which we’ll get to experience as the ‘East Coast Tour’ continues. You can find details on that below!

In the meantime, here’s “Stay Inside All Day”. 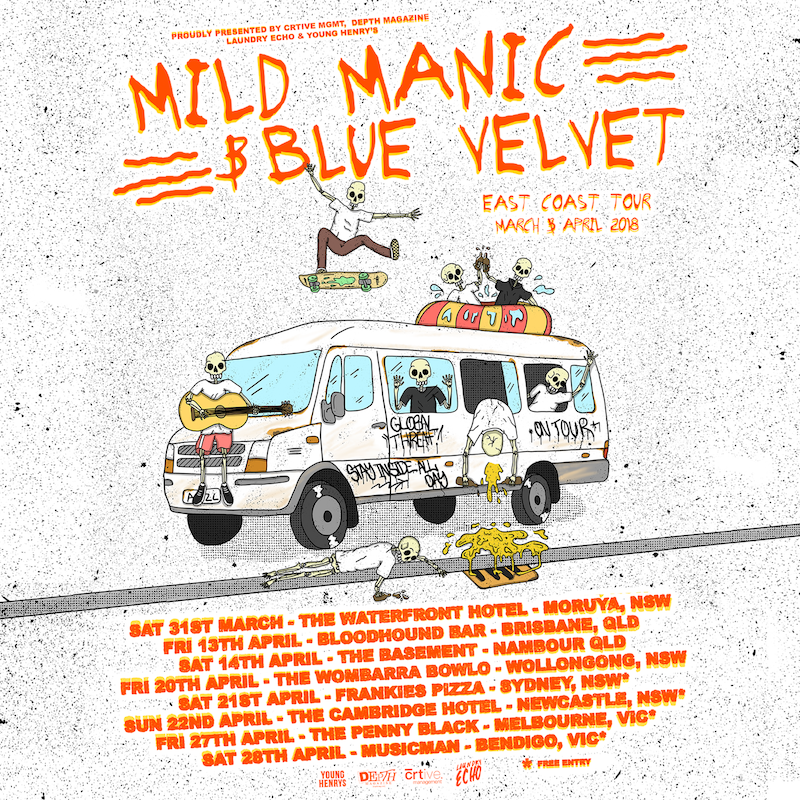 Columbus - Care At All (New Music)