Exeter based Black Foxxes are back with their brand of rock/’depression pop’. Their second album Reiði, releasing March 16 follows their 2016 album I’m Not Well.

With the album title being the Icelandic word for ‘rage’, one could assume the language-play is aesthetics alone. In actuality, the album was inspired by an extended trip to Iceland taken by Mark Holley (vocalist, guitarist, primary songwriter). He credits the spectacular location for putting his mind at ease and allowing his senses to reignite.

Working alongside the other members of Black Foxxes (Tristan Jane (bass) and Ant Thornton (drums)) on Reiði, Mark shares that the album is “based around light and dark, rage and happiness”, and uses those opposing states directly within the album’s title (Reiði = rage, anger) and also within a track name (third track “Sæla” = happiness, bliss).

We went track by track into Reiði to get a taste of this Icelandic inspiration.

Opening track “Breathe” is warm guitar and thoughtfulness before bursting out into rock hugeness, with gorgeous melodic accents. Noticeably to me is the intense enunciation used by the vocalist, which has me hanging on every word that leaves his lips. This inspires something gorgeous, where the metaphorical pinch-grip on the word ‘breathe’ as the track opens up feels like releasing a butterfly to the wind.

“Breathe” inspired a sense of ripples on water with its echoed and distorted sound, as well as the thought of ‘who am I and where am I going?’. There’s a moving build-up with a desire for freedom and I find myself thoroughly enjoying every minute of this, despite not knowing Black Foxxes at all beforehand. The build-up leads to a satisfying flight-inducing soaring above the clouds sensation of possibility, and I’m left feeling everything here amongst the massiveness of sound.

That’s how you start an album with a strong impression.

Second track “Manic In Me” is one of the singles from Reiði. I’m uncertain why but I already feel emotional before the track has even taken off. It is moving in its toying with self-reflection, and shifts from presence and honesty to wanting to escape. This same tug-o-war is made visible in the track’s music video, with Mark Holley in Iceland escaping his cabin as well as trying to find himself. The rock massiveness here in this track is enough to blow your heart wide open in being with this flawed human as they strive to change.

“Sæla” has me make the note ‘This band’s sound is seriously great.’  I’m not technically minded enough to explain why that is, instrumentally or production-wise, but goddamn it’s gorgeous.  I’m metaphor minded though, and to me the guitar feels like homemade biscuits with the best tasting warm drink you ever had, and savouring these while someone you care about is smiling at you across the table. If I wasn’t already hooked on Black Foxxes, I am now.

With “Sæla” meaning bliss, that is gorgeously represented in sound. The ‘let’s go together’ feeling is exciting, leaving behind the idea of staying still and suffering under the weight of the confinements. The messy distortion of the ending is just brilliant, feeling like an invitation to throw caution to the wind, no matter how things turn out.

From its acoustic guitar beginnings, “The Big Wild” feels relaxed and optimistic. Dreamy imagery rips at the parts of me that lust to drop everything and run off on an adventure. With gentle beats and fantasy brushed melodies, “The Big Wild” is gorgeous, and I could picture it being crafted by someone looking around at the amazing world we live in.

Piano and vulnerable voice join hands on “Oh, It Had To Be You”. Intermittent crashing beats and rough riffs accent the scene. Strings on this track are both soothing and moving, letting the introspective dance flow out. ‘She moves me’. The track feels like searching for something, and its emotion-ripping sonic climb and compounding of sounds are a world away from where we began (and where we end).

Gritty riffs and noisy distortion aren’t how I expected “JOY” to sound. This all-caps adventure is free, loose, and painted by question marks about why things are how they are. The static drops, leaving admissions of uncertainty being cleanly apparent. Masterful use of effects and layered sounds do a good job of reflecting a sense of overwhelm. The appearance of trumpet in amongst the wildness is like something you’d find in a dream, with a warpy sense of losing reality alongside it. Neverending riffs as the track comes to a close are like soothing waves.

The gorgeously melodic “Am I Losing It” has a delicate piano leave footprints in the snow, following the direction that a simple drum beat pointed in. Lost in his head, our character is exploring who he wants to be out in the world at large. “Am I Losing It” is trains of thought intertwining, a free form open letter. The use of repeated lyrics by Black Foxxes is a great way to stamp a sentiment on the mind, insisting by force that these words matter.

“Flowers” is a fluid soundscape with vocals that feature and ever-growing sense of frustration that hits its stride with chaotic accompaniment. “Flowers” seems to reflect the sense of someone being empty and seeking to be filled up again, and feeling everything that’s going on within them emotionally during the experience.

The sedate and soft “Take Me Home” captures an intimate connection with the world around them. Electro beats are part of their icy reflection upon the world, and the track seems like a deep sigh of done-ness; done with being alone, and finally feeling safe enough to lean toward someone in openness. Gorgeous vocals and echoes thread through “Take Me Home” as it heads toward a goosebumpingly moving build-up toward a cliff dive of honesty. It’s a touching track.

As Reiði‘s final track, “Float On” captures observations of ways in which water interacts with the body, which at times feels eerie or dark. The openness to water (as a metaphor?) and losing sense of themselves and reality in the process lends a curious and exploring feeling to this track. “Float On” has them observe themselves emotionally and with honesty and rawness. It’s heart-wrenchingly moving in this ‘here I am’, heart open to the world state of being. Hard hitting in its latter stages, “Float On” grinds up against metal and distortion; a forceful expression of someone trying their best.

As an album, Reiði is impressively exploratory in multiple senses. Through music it’s easy to feel the connections to the world around them (as Mark likely felt in Iceland), with those elements seeming to meld together with emotion. As emotions seep into the landscape and the experience, the loss of difference between the two leads to something raw, honest, and breathtakingly beautiful. 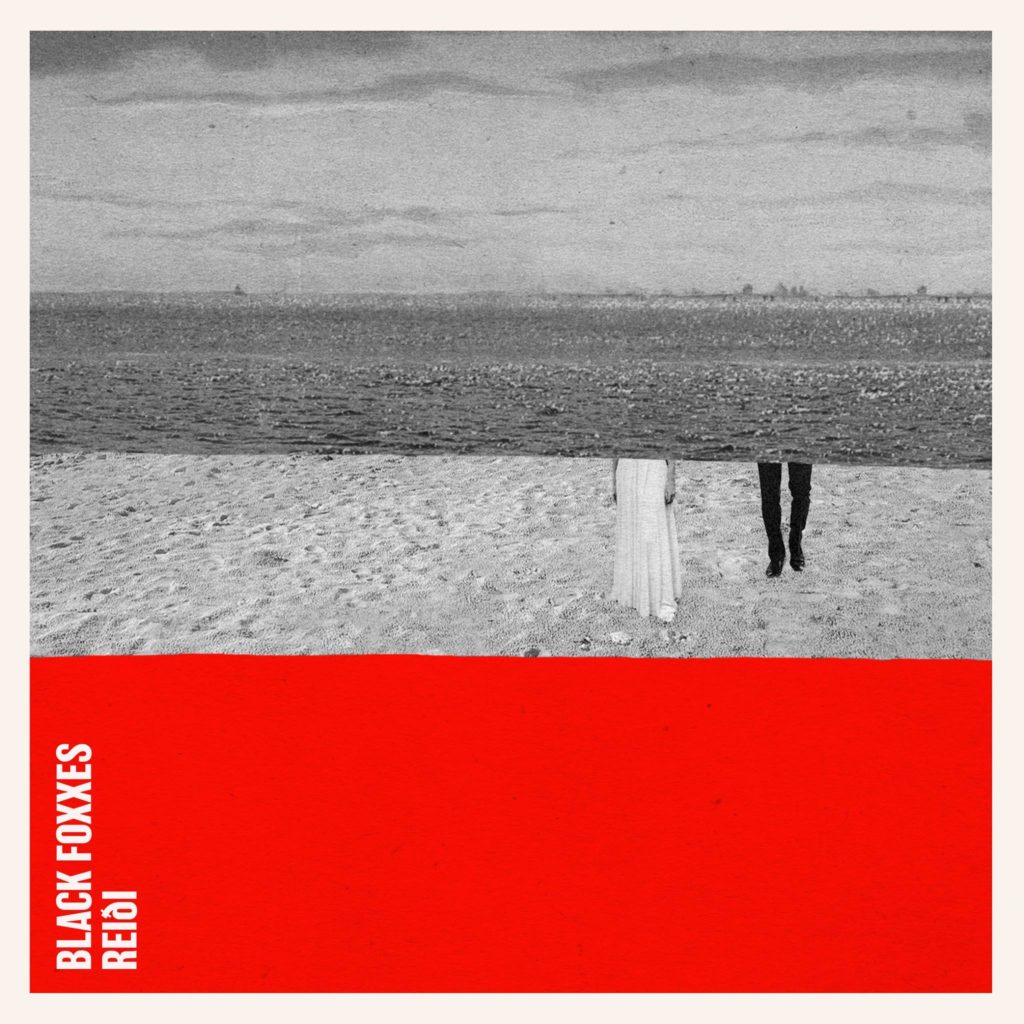 A personal journey of self-connection we've been let in on, with powerful experimental ties to the Icelandic surroundings. Honest tracks which go headfirst into emotional threads and follow them to the end.

Due to the flowing nature of some tracks on Reiði, I feel that this album will require a patient ear, as opposed to a casual listener seeking catchy hits that hook into them. Attentive and open listeners are going to 'get it' more than passive passersby.