Listening to Boxing At The Zoo is like sending your ears and your soul on a Summer holiday. Based in Orlando, Florida, Boxing At The Zoo have a unique sound which needs to be heard to be appreciated. Fascinated by their uniqueness, we connected with Daniel J. Ramos (vocals & guitar) to get to know Boxing At The Zoo a little better.

Firstly, we’d love to know the origins of the band name. Where is “Boxing At The Zoo” from?

“When the band was still forming, the drummer at the time and I lived in a neighborhood directly adjacent to the Central Florida Zoo. One night we were practicing and when we would stop playing, we could hear the monkeys screeching and going crazy. This had never happened before and never happened again. Later that night we were brainstorming ideas for a band name and the monkeys came back to mind. They sounded like they were fighting. That inspired the name Boxing At The Zoo. However, we don’t condone violence or inadequate living situations zoos tend to provide for their animals.” 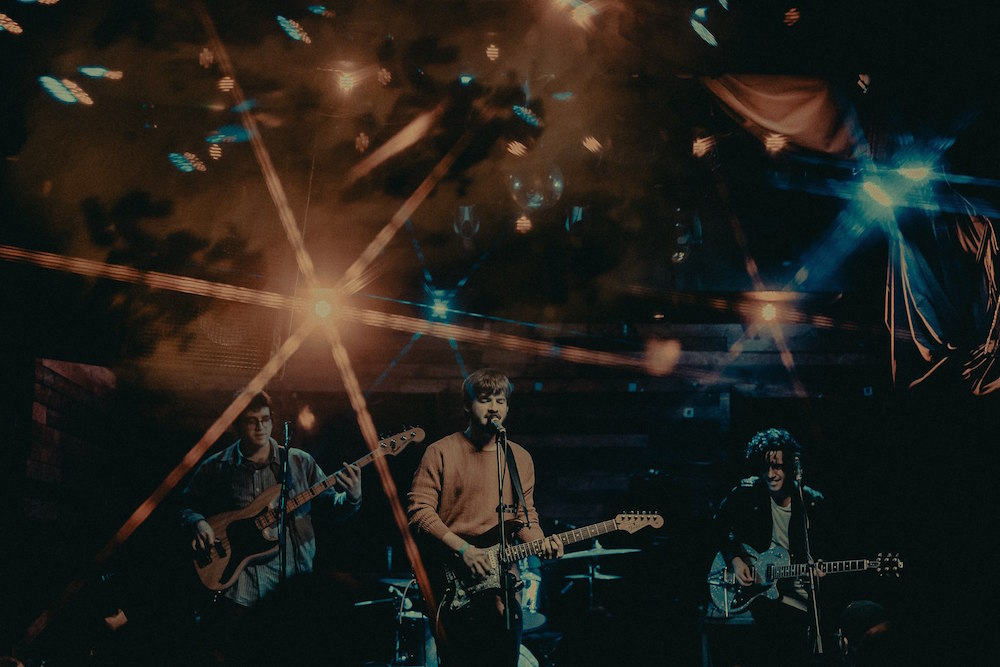 There’s four of you in the band [Daniel, Chase Baudin (bass & vocals), Steven Vega (guitars & vocals) and Andrew ‘Les’ Lesmes (drums)]. Have you always had this line-up?

“At the time of the BATZ EP (early 2014), it was Andrew, Chase, and I. Andrew was our substitute drummer, not official member due to our actual drummer getting himself banned from the studio. Shortly after the release of the EP, Steven joined the band to fill in on guitar and background vocals. It wasn’t until August 2016 that Andrew joined the band officially, solidifying our current lineup.”

How long have you all known each other and played music together?

“Chase and I have been playing music together since summer of 2012. That same year, I met Les through a different band I was in called The Detour. Steven and I met in 2014 after the initial release of the BATZ EP.”

What are all of your interests in music like, and who has influenced you along the way?

This sound is so unique, the guitar is so sunny. I definitely hear a 70s hippy kind of vibe – love it! – as well as with a vintage aesthetic in how the band is presented. How do you describe the Boxing At The Zoo sound or vibe?

“It’s hard to pinpoint what we sound like. Our goal was to make wholesome pop music reminiscent of the 60s/70s but music that still sounded fresh, trendy, and familiar. Music that you could listen to when you’re sad or happy, when you’re in bed at night or on the road in the afternoon, music that would just help you getaway. We definitely aim to blend the styles/trends of the 60s/70s with the modern look and feel.”

Tell me more about the ‘turning of frowns upside down’ that is referred to in the Boxing At The Zoo bio? Is this your ‘mission statement’ as a band?

“Yes. As bleak as it sounds, we understand that life has a tendency to be brutal and not go our way. We want our songs to dissolve any problems you may be dealing with while you’re listening. If we can be the brighter part of your day then we have accomplished our mission. :)”

You’ve played some shows in Florida and in Texas so far, do you have any plans to tour broader?

“Yes. So far we haven’t had much of a fanbase so we were pretty much restrained to local venues. We’re hoping 2017 will be our year to really expand and play outside of Florida, maybe even outside of the country (that’s optimistic though).”

I watched some of the Bad Dad acoustic sessions and the four of you feel like you have this really easy connection and that it works really well. It feels like you’re just hanging out relaxing. How do you bond with each other and keep the fun in the band?

“We all get along famously because we’d rather make jokes and laugh than bicker or fuss. We have mutual respect as musicians and as friends. Although running a band is often times like running a business, we all make a conscious effort to keep things light and goofy. When we’re in the studio, you can hear us laughing and joking around on the un-edited tracks. Also beer helps lol. We all believe in what BATZ is doing and are excited to (hopefully) make a difference together.”

Tell us more about what’s coming next for BATZ? Is the “Only Love” song a part of the next release?

“Only Love will definitely be on one of the new EP’s this year, not sure which just yet. This year our goal is to self produce and record at least three more EP’s, get a signed with a decent label, and play as many shows outside of Florida as possible.”

What’s the writing process like for you? How do new songs come to life, and where does your inspiration come from? Is it a collaborative process with the band?

“So far the writing process usually involves me coming up with an idea for a song and then all of us fleshing it out together as a band, either during practice or in the studio.”

Thanks so much for your time, Daniel! We can’t wait to hear more from Boxing At The Zoo this year.

Boxing At The Zoo on Spotify: