Aficionados of heavy music and dark tales! Gather round for another installment in The Gloom In The Corner‘s story. “Survivor’s Guilt” is the latest from the Melbourne based five piece, with the single adding more depth to their existing character Sherlock Bones, who you might recall featured in previous singles “Villain” and “Misanthropic”.

In this progression of the band’s conceptual story, “Survivor’s Guilt” sparks an unexpected sense of empathy toward the prolifically murderous Sherlock Bones. He’s revealed to be questioning himself, his actions, and his purpose. The questioning has come about at least partly due to the presence of Clara Carne in his world, and the budding connection growing between the two. The Gloom In The Corner have chronologically placed “Survivor’s Guilt” before “Villain”, with Sherlock referring to Clara as “an acquaintance of the hangman”; which refers to previous track “Oxymoron”.

Based on the story shared so far, Sherlock had joined forces with a gloom-compromised Jay and was committing a series of revenge murders on behalf of Jay. However “Survivor’s Guilt” indicates that Sherlock’s efforts may be far less cold-blooded than they seemed. Riddled with remorse and haunted by choices, Sherlock has a moment of seeing himself through Clara’s eyes, as well as simultaneously seeing her as she is, and forming a surprising connection with her.

Sonically uneasy, “Survivor’s Guilt” crashes down in discomfort, feeling like desperate grasps to find an anchor of certainty. Sherlock wonders whether his path of destroying human life is misguided, and whether the loss of life should be/have been his own instead. Tension is crafted by blast beats and searing riffs, with an alarming breakdown oozing a sense of Sherlock teetering on the edge.

Tension aside, there’s a moment of connection between the two characters, and a more sedate and clear section of singing and melody shares this, albeit with an ongoing undertone of self-destruction.  Weeping Wound‘s vocalist Dylan Torre appears on the track, and his throaty vocals combine with Mikey’s add further weight to the song, as a dense breakdown sees it to its close.

“Survivor’s Guilt” as well as previous single “Misanthropic” will appear on The Gloom In The Corner’s Flesh & Bones EP, which releases on 30th May. The band seem to have used a consistent approach to the artwork as with 2017 EP Homecoming, with the art itself indicating that Clara and Sherlock are the likely stars of the EP to come.

Watch “Survivor’s Guilt” below via YouTube and pre-order Flesh & Bones via www.thegloominthecorner.com. I’m going to take a guess that you’ll also get to hear these tunes loud, live, and in person at the Misanthropic release shows in Melbourne (Workers Club, 11th May), and Adelaide (Enigma Bar, 17th May). Reserve your place. 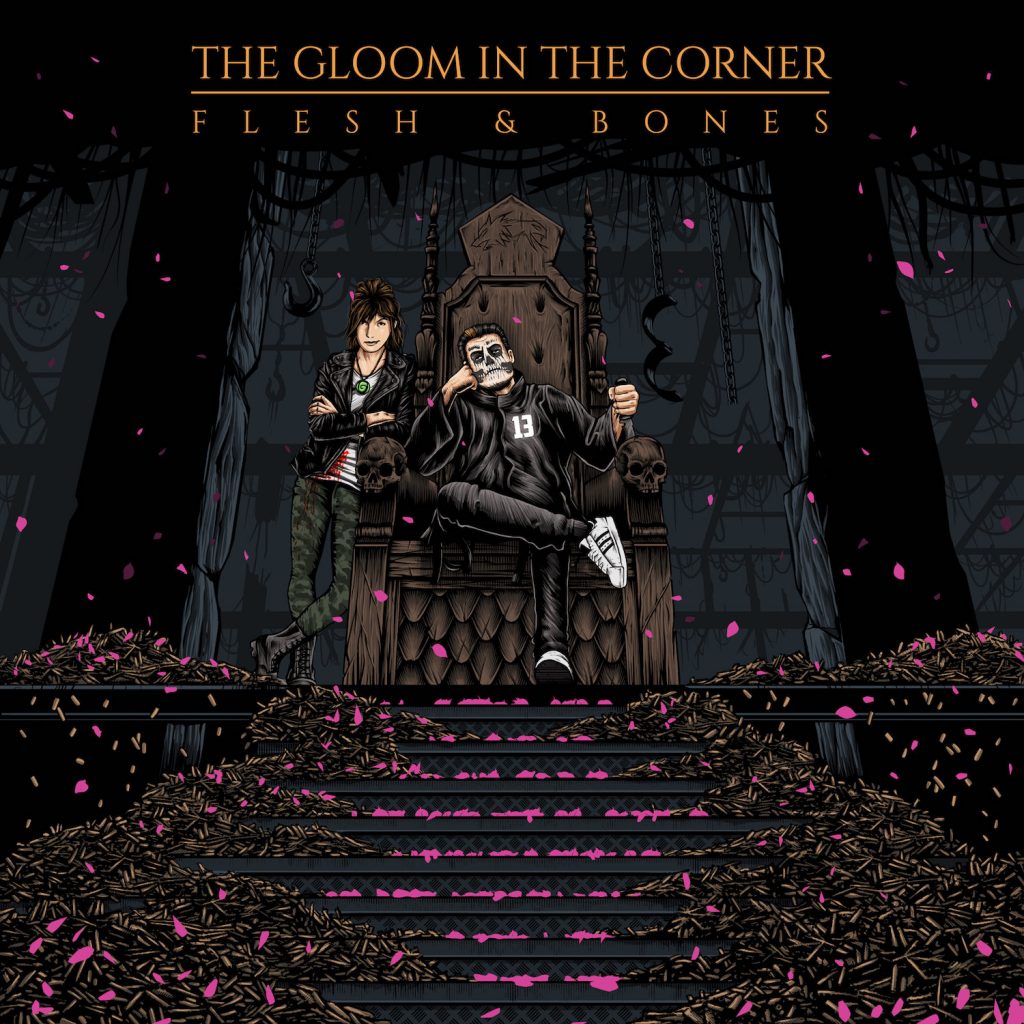