Back in April, Polaris celebrated their album The Mortal Coil with a tour of Australia. As well as having The Plot In You and Ambleside along with them, Darwin based Tapestry joined the run. So Tom Devine-Harrison (vocals), Luke Dorward (guitar), Darcy Grant (guitar), Connor Askham (bass), and Benjamin Masters (drums) jumped into a van and headed off on an adventure. Curiosity got the best of me and I wanted to know ALL about it. Tom was kind enough to take us behind the scenes on Tapestry’s first big tour.

Talk us through the decision to drive.

We chose to drive down from Darwin simply because it was just so much cheaper than if we had flown. We’ve done other smaller tours in the past where we had flown down, hired a van and then drove from the starting city and before even starting the tour we were spending a minimum of 5k among the five of us. Driving down while sacrificing a few extra days saved us a lot of money.

What was the drive like? Did you drive each other crazy being confined together or did you bond?

The drive was very long as you can imagine. We definitely drive each other crazy but that’s just five dudes being in a van all day for weeks, can’t really help that, but honestly, we were fine for majority of the trip. I think I was the biggest nuisance because I don’t really sleep in the van and I love stirring the pot. But we all love hanging out and we don’t really fight at all so it wasn’t horrible.

What was your route?

The first leg was from Darwin to Brisbane and that was roughly about 3400 kilometres. Being in Ben’s van packed with five dudes carrying a trailer full of gear was very slow. Ben’s van is not made for towing and we could barely sit on 100km/h comfortably, so the drive ended up taking about 45 hours because we also love a good smoko stop. We were getting up at 4-5 in the morning and driving until 10 that night.

Was it boring? Eventful? How’d you pass the time?

The drive was super boring but that’s just driving. Especially through northern Australia where everything looks exactly the same. It wasn’t very eventful we mostly just tried to pump out the drives as fast as we could, sleeping as much as possible for the shows. But when we weren’t asleep it was either super competitive UNO or we just talked. We blab so much trash the conversations never end.

What happened on the trip?

I’d say apart from the shows, camping out the first few nights through the NT and Queensland was the most fun. We planned on making the trip as cheap as we could. so instead of stopping in at motels or caravan parks, we just picked a spot on the side of the road, rolled out our swags around a little camp fire. We also shot a new music video which should be coming out soon. 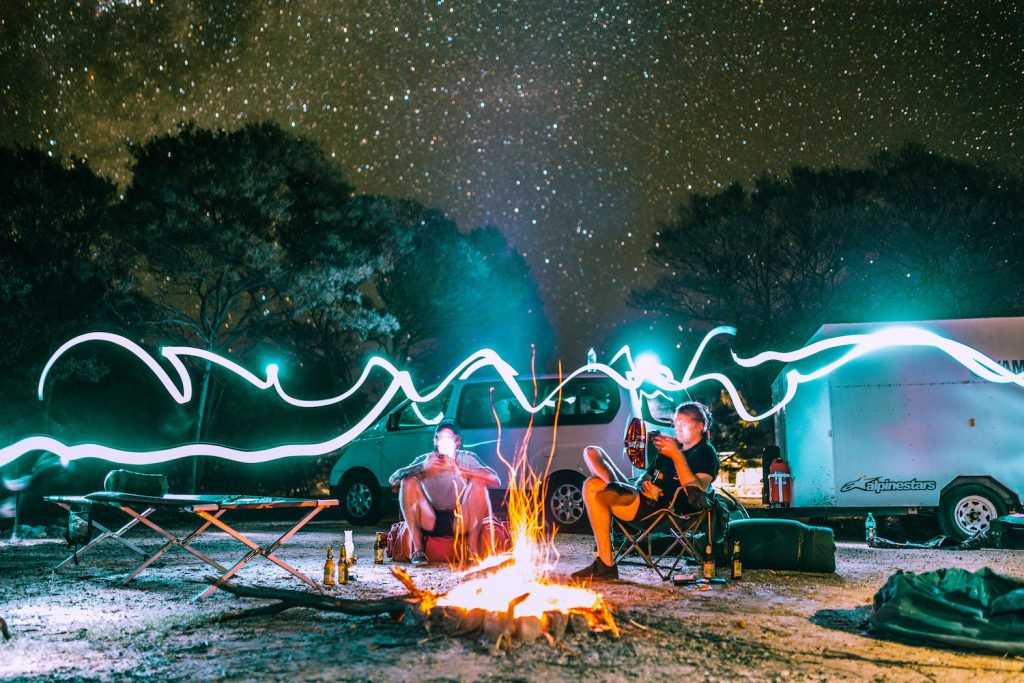 Who were some of the interesting people you met?

I know I speak for everyone in the band when I say that meeting people is one of the best things about tour. We met Rowan and Ben our photographer and videographer for the run and we clicked with both those dudes right away. Super amazing, super talented people and we all love them both to pieces haha. We also met so many people in bands that we don’t get to meet usually because we’re so far away from the scene and that was really exciting for us. There’s honestly too many to name specifically.

Where there any troubles on the way?

No troubles or incidents really. We had a very smooth tour. At some stage we all got really sick with some sort of flu that had us drinking a few less beers over the night but it didn’t really bring us down too much.

Did you sleep in the van? How is that comfy with how tall you guys are?!

Fortunately for us we had a trailer, so we had plenty of room in the van and everyone slept for most of the way. Ben and Darcy were the main drivers and we had a bed set up in the back seat, so they could get a good sleep in for their next driving shift.

What was the best food of the trip? What did you guys eat?

We tried our best to eat as healthy as we could and to make our own food, but very often we just didn’t have time to stop and make food so there was a lot of servo food and Ben’s absolute favourite fancy restaurant KFC. But in the major cities we made fine use of UberEats while we could.

Different cities have different crowds and different scenes and you can definitely tell but it was really exciting to see the reactions from city to city. I think our biggest responses were from the Perth and Melbourne shows, but really for an opening band all of the shows were everything we wanted and more.

How were the other bands to tour with?

We’ve known Polaris for a few years now and we’ve always got along well with them. They always help us out and have always been big supporters of us so having them as the headline band was very comforting for us on our first big tour. It took us a few days but we really clicked with the Ambleside dudes. Super lovely bunch of guys and we had a lot of fun hanging out over beers and lunch at the venues. Any chance we got to party we were kicking it with them. The Plot guys were all super nice, we didn’t have too much to do with them but there were a few conversations held around the green room.

What was a favourite moment of the tour?

One of my favourite moments was at the first Corner Hotel show. We weren’t super well known around Australia, so we didn’t have too much crowd involvement but at that show we had a few of our friends from Darwin that were down on their own tour come along and when the end of “Dark Shade” came they were belting that shit out. Put a big smile on our faces.

How did you feel the crowds received you guys?

It took a while for crowds to get into us at first, but it seemed like they came around more and more as the set went on. Usually by the last song we had a big cheer going on. We also surprisingly were signing a lot of cd’s and merch which was absolutely insane for us. We had no idea what to expect from the crowd, but we definitely did not expect the love we got. It was absolutely insane.

Tell us about the ‘bigness’ of the experience: all the firsts of it, touring not just with Polaris, but with a US band too.

When we got the offer to be on the tour we honestly could not believe our eyes. We looked at it before we were announced saying that it was one of the biggest tours of the year and then the next thing we know we got offered to play on it. Never in my life did I think we’d get on a tour this big ever. A few of us used to listen to Plot in high school and I can guarantee that back then if you told me that one day we’d be touring with them I would not have believed you. 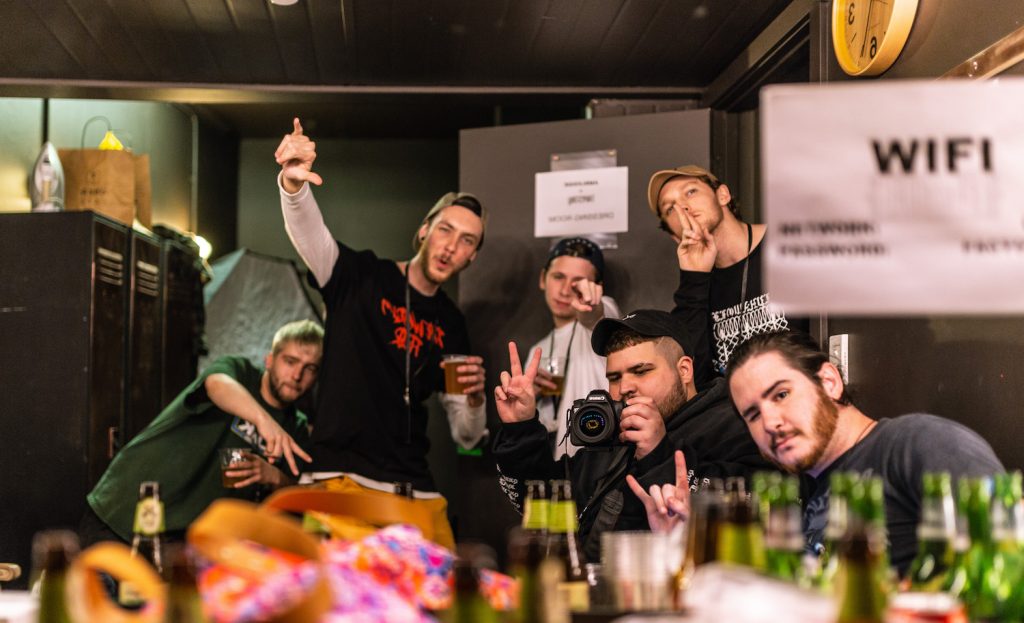 Fiveash - After Everything EP (Review)