Standing in the band room of the Corner Hotel in Richmond, Victoria last night, I expected a night ahead of good quality heavy music. I didn’t expect a night of contrasts and connection (..and crying).

I caught Melbourne’s Cast Down just in time to hear them playing “Leatherman”. This band went hard, confidently and aggressively sharing their message, even though they were working with a mostly still crowd. I wondered if anyone else there was in a quiet recovery mode after Unify.

Our photographer Rowan Donohue was there too and beautifully captured each of the bands in action. 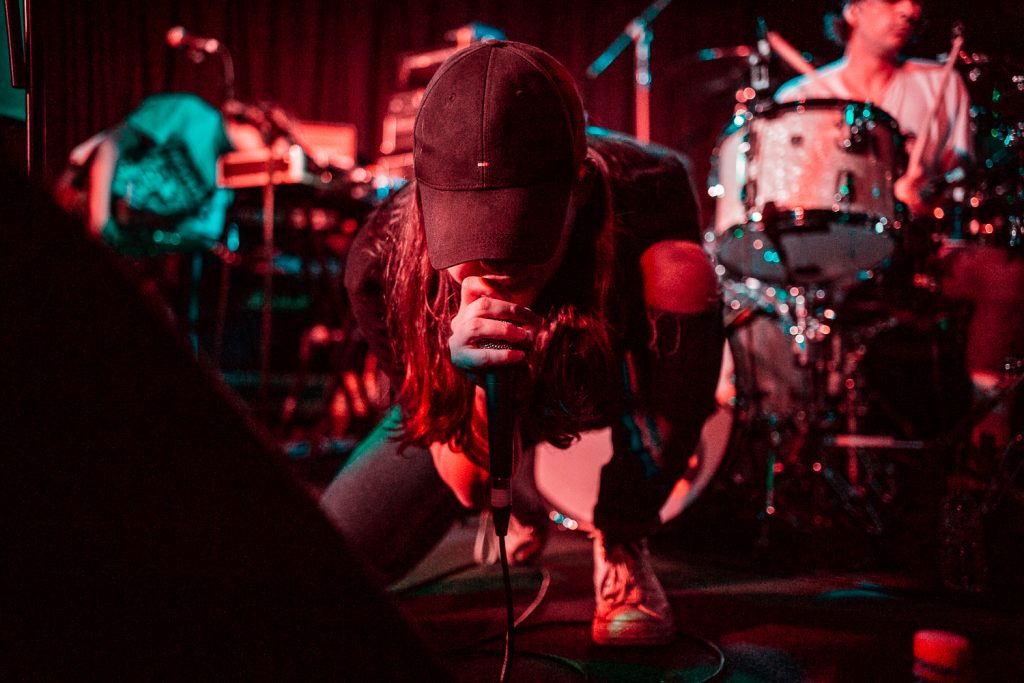 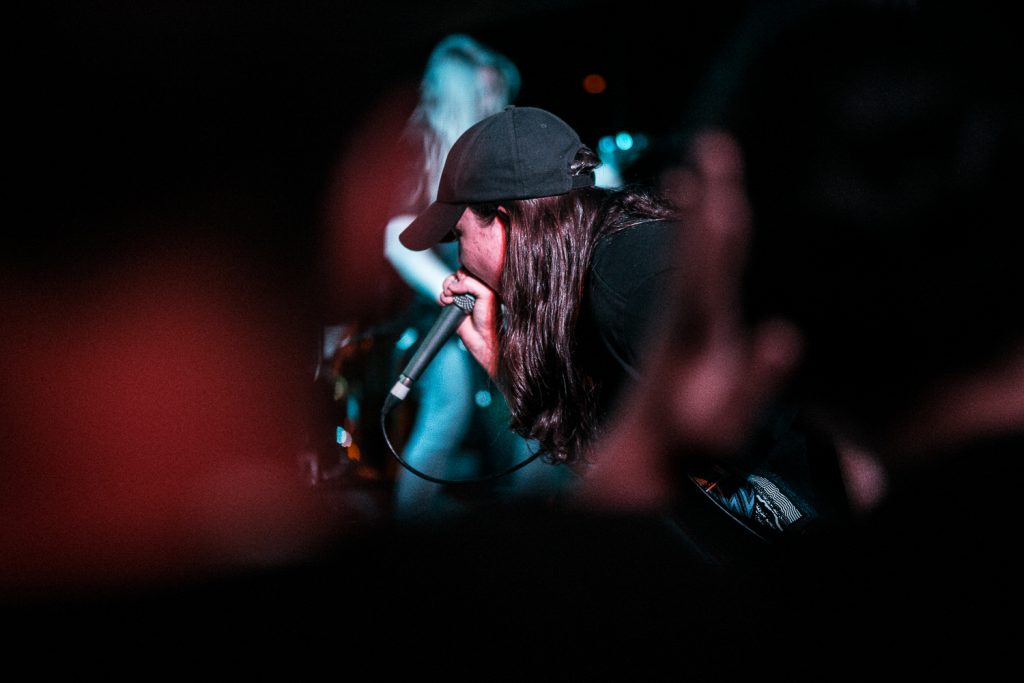 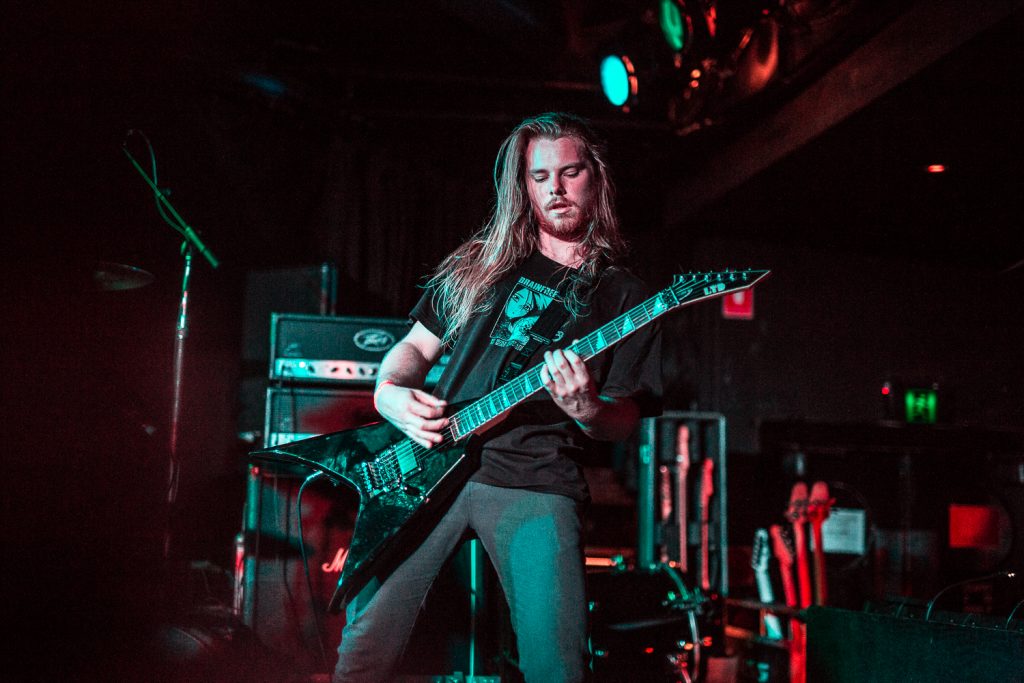 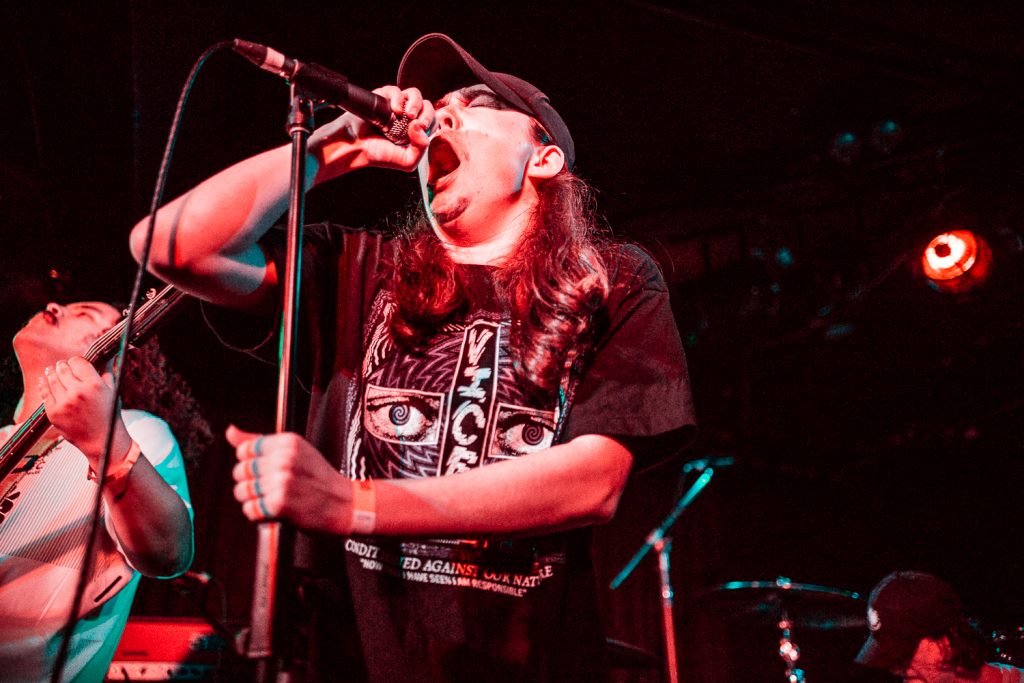 It was the first time for me seeing Hindsight, having heard and appreciated their Disposable Paradise EP. The Adelaide band were incredible to watch, and I was left wondering how to put it into words. I witnessed an unfiltered combination of aggression, heartache, and hurt pouring out from vocalist Jack, reflecting the authentic emotion fueling the screams I’d heard on the EP. But in contrast to Jack’s intensity were the most beautiful melodic sounds and clean singing coming from the band. It was so moving to bear witness to raw ache spilling out over something so sonically beautiful. 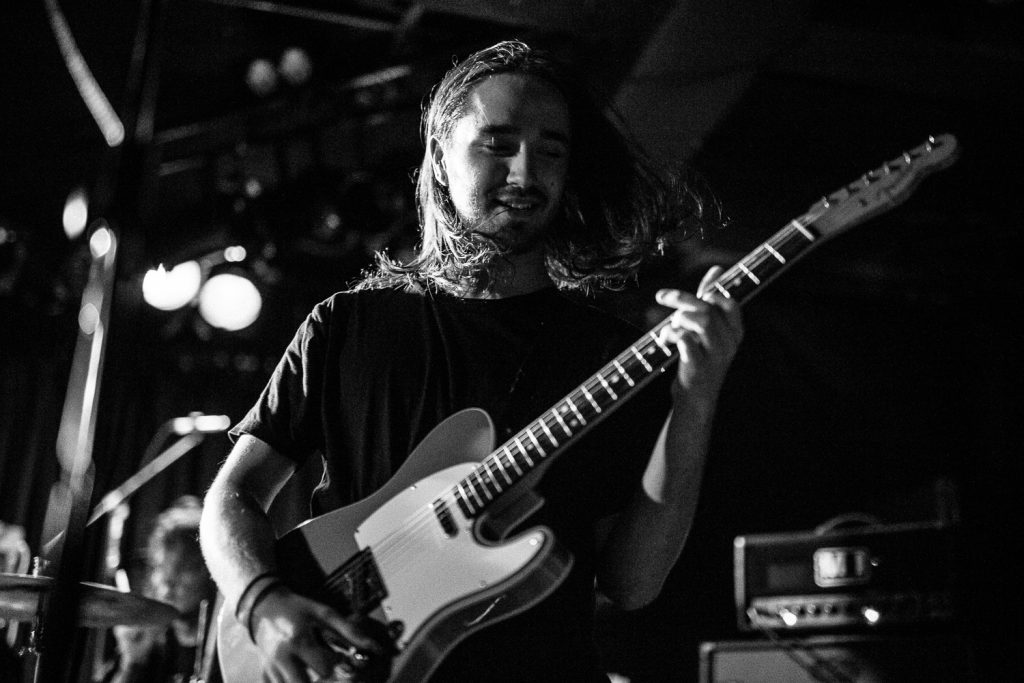 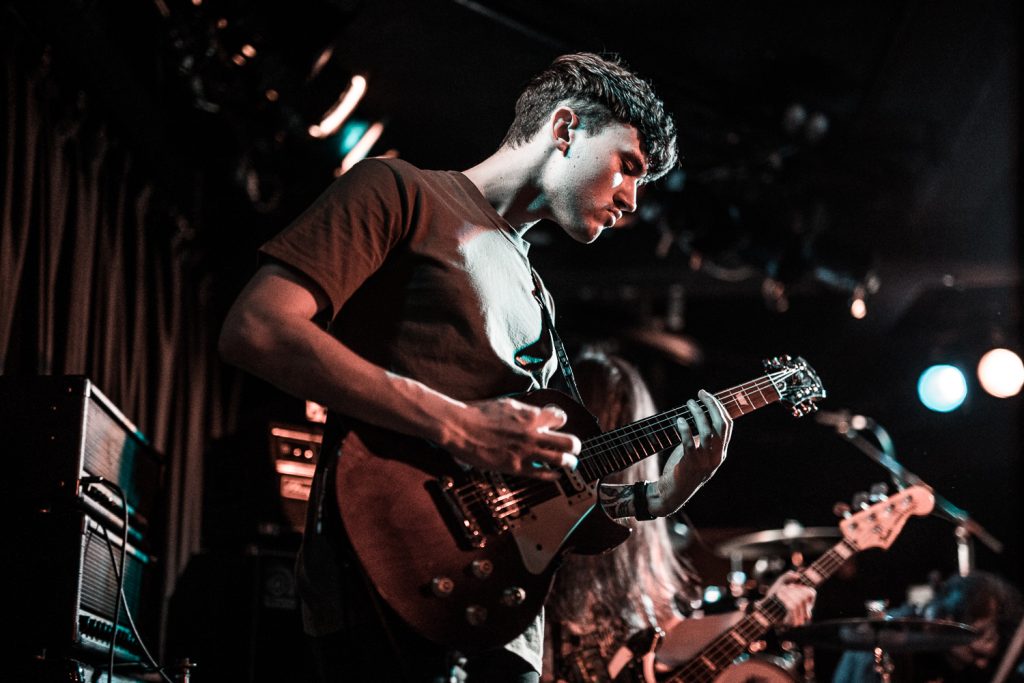 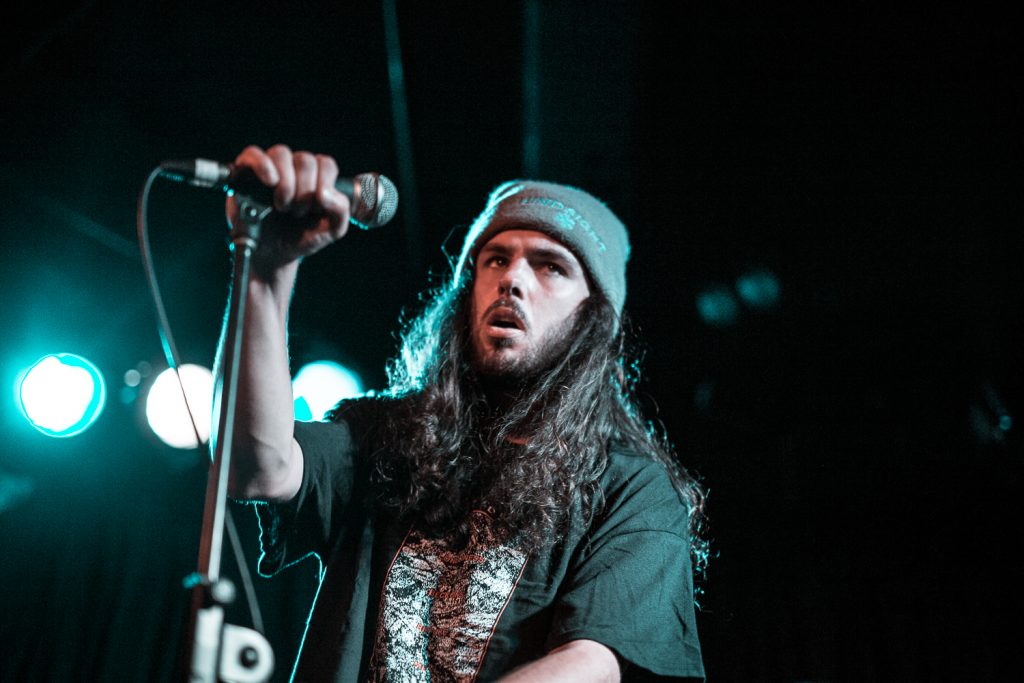 I’d only just seen Being As An Ocean (and Stick To Your Guns) two days prior at Unify Gathering, so it had seemed like it might be overkill to see them again. But their set was .. something else. In contrast to the thousands strong crowd at Unify, this setting was akin to a group hug. The experience was warm and connective, in so many ways. You could feel the love radiating from the band, with Joel Quartuccio affirming that feeling with words (“Melbourne, I fucking love you” to be precise). They were clearly happy to be here. Similar to Hindsight, there were contrasts of breathtaking clean and melodic sounds and raw ache pouring out.

‘What if I’m not strong enough?’

There was an incredible sense of Being As An Ocean as storytellers, with their ‘huge band’ status seeming to be irrelevant. Joel moved through the crowd and shared his part of their message with his voice and eye contact, having the entire room becoming enthralled in what was happening. As well as the expected mic grabs and moshing, Joel also got out into the room and thrashed it out with the best of them. It was such an incredible sense of intimacy with this band, and was moving to the extremes as that connection also drew us all in to the emotions being expressed in their songs, including tracks from their Waiting for Morning to Come album. It was an amazing thing to witness and I have huge respect to this band for being so real and taking the opportunity to invite this connection with their fans. 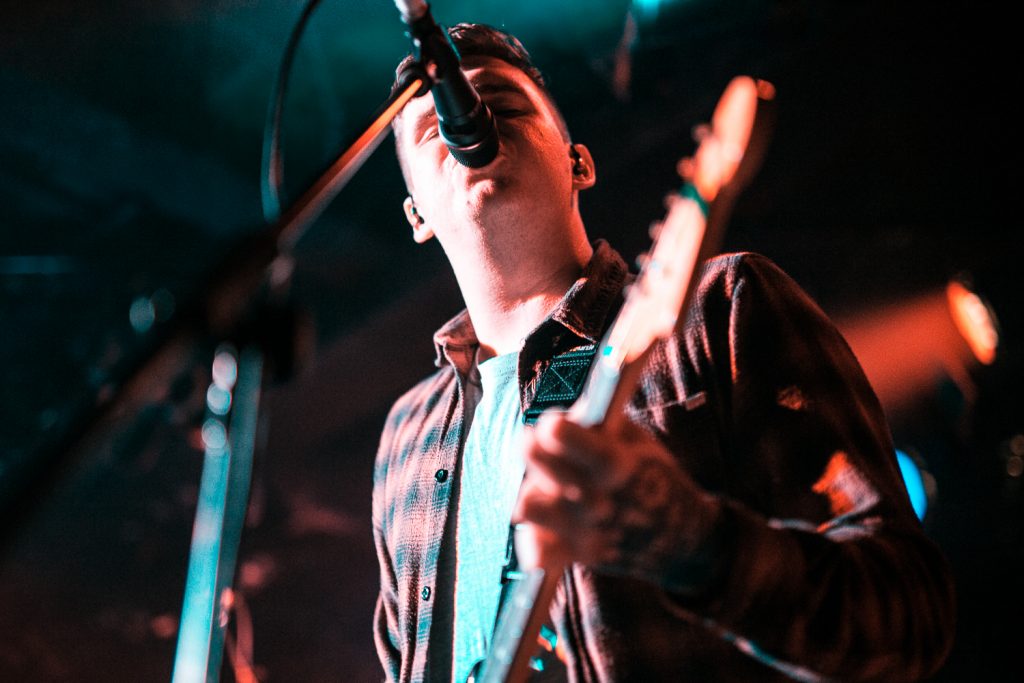 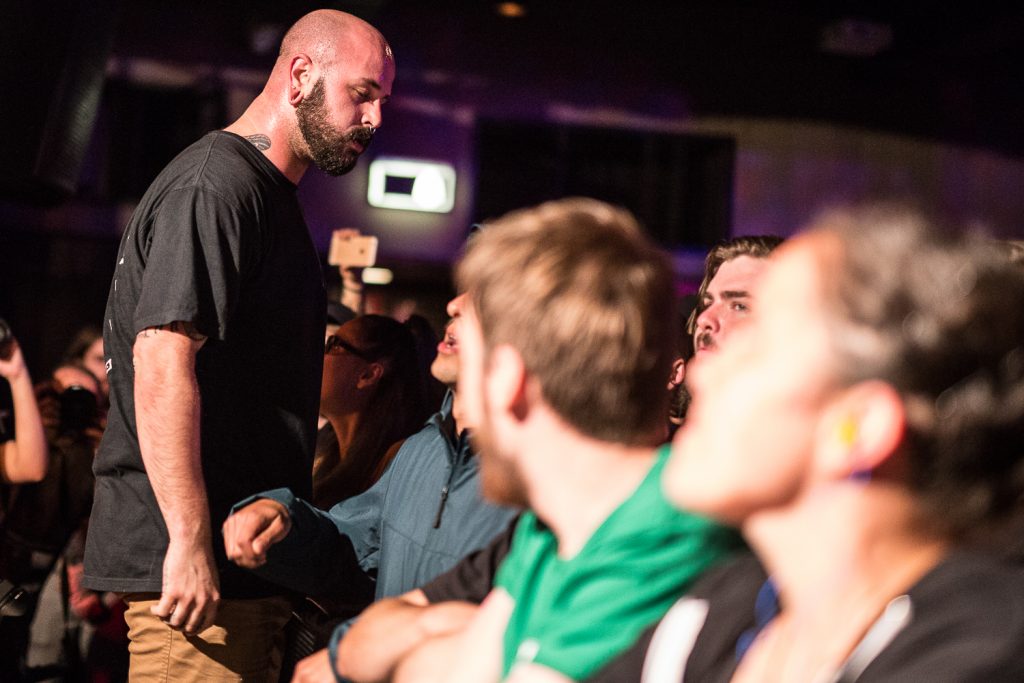 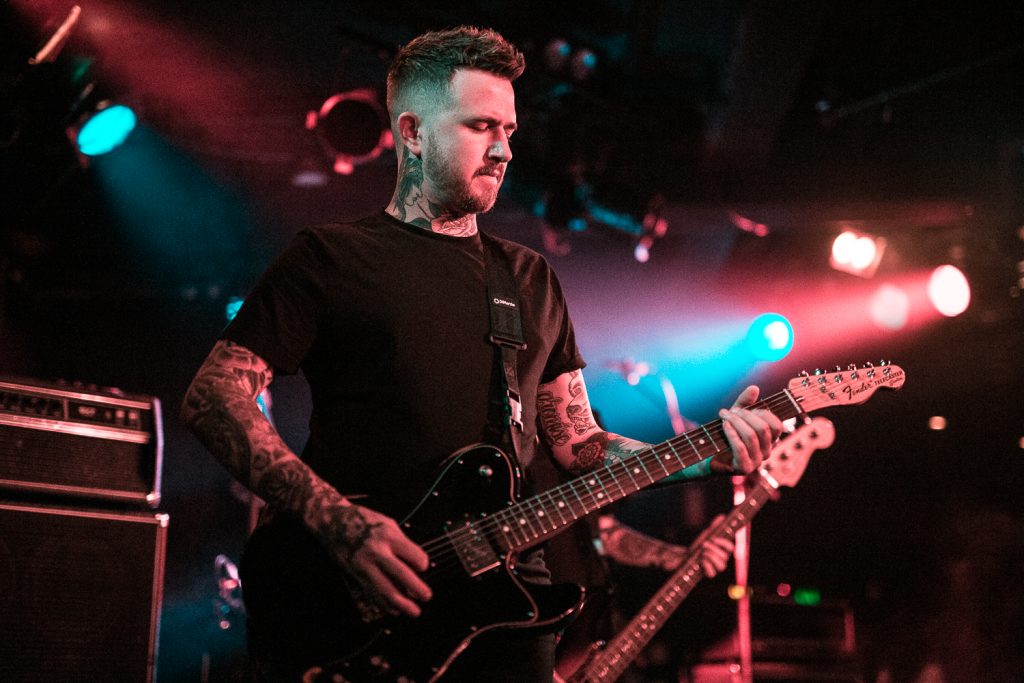 Stick To Your Guns are so important for the scene and it’s refreshing hearing frontman Jesse Barnett’s take on things. Where Being As An Ocean felt like storytellers, Stick To Your Guns felt like sharers of cautionary tales. They reminded us that we’re potentially headed to a pretty dark place as a society and that if we don’t like it, it’s up to us to do something to change it instead of just hating it or complaining about it. Coming from the perspective of a band that’s been in the scene for over 10 years, they expressed gratitude to still get to do what they love, and urged us to keep supporting the scene by going to gigs and backing music that inspires us to ask questions and self-reflect, to not mindlessly and blindly move through life.

“The only thing that remains
Through the loss and the pain
As for me, there was no other choice
I’m married to the noise”

Compared to Unify, I appreciated the greater connectivity that this smaller venue provided and while the Stick To Your Guns guys were still hugely active on stage (gotta love those jumps), they seemed to be more relaxed and were interacting more with each other. The band played a lot of tracks from new album True View as well as older tracks like “What Choice Did You Give Us”. Hearing “The Suspend” in spoken/poetry form was incredible, and the guys going hard at it on the guitars on “Doomed By You” was also another stand-out of Stick To Your Guns’ set.

Click to see full sized photos of Stick To Your Guns in action.

During this hardcore show, I was emotionally moved (at least once) in each of the full sets I saw. In Jesse’s words, genuine music such as this is a “necessary artform”, and an essential means in which we can express ourselves, inspire, and understand each other. Amazing night.