When you feel underqualified to even write about a song by a band, you can assume a whole lot of care has gone into it. Silent Planet‘s recently released single “Northern Fires (Guernica)” is one of those for me. While an impressive piece of music, there is so much wrapped up in its 3:54 length besides its intricate riffage.

The track is the first release from the band since their 2016 album Everything Was Sound, and is the product of a year’s work, according to the band’s vocalist and founding member Garrett Russell’s Instagram. Clearly a band for the curious and the thoughtful, “Northern Fires” comes coupled with 18 notations to its lyrics; inviting Silent Planet fans to understand more about the lyrical intention. Very late to the world of Silent Planet, I adore this openness of sharing, where a simple statement could become a doorway to a greater understanding of the information that has been drawn upon to create the song, and a more powerful place from which to understand the emotion expressed by the music.

At its most basic perspective, “Northern Fires” is a passionate comment on the business of war. Upon closer inspection, Silent Planet are specifically exploring the Spanish Civil War. Based in the 1930s, we are pulled into the past, immersed within a first person perspective courtesy of looming soundscapes and the crush of metalcore intensity. We find ourselves alone, breathless, in a foreign place, armed, and faced with the confronting reality of giving our life in the name of our country, while also suspicious of orchestrations behind the curtain of patriotism.

Thrust side-to-side by erratic rhythms, overwhelming waves of bending guitar riffs, and a looming backing blanket of sound, we know our time is nearly up, in a situation which has played out like this many times already, with no forward progression; just the ongoing machine of war rumbling relentlessly along, where the human lives lost seem treated as replaceable minions throughout history.

A clean, clear, and expansive chorus, which is imbued by a passionate quest to break free of this fruitless pattern, is swiftly suppressed by the second verse’s fierceness and intensity. In aggressive defeat we fall to the ‘Big Brother’ puppet-string-pulling, of which we recognise bitterly that we are a mere cog in a greater machine of control and power. Cradled and encouraged by captivating guitar work, a fluid stream of syllables tumbles forward though, pulling us back toward awareness and buoyed by refusal to simply lay down and die; to question what’s behind all of this.

The uncomfortable dance between the apparent spoils of war and the futility and deception behind it continues, landing most achingly with a ‘what are we doing?!’ thud when faced with reality. The heartbreak and shock is palpable:

“The bitter stench of finite men
Betrayed by the thieves they swore to defend
The bell will toll
And in the end, lay only the echoes of
What could have been”

With this, and the arrival of the chorus, the sense of sadness as well as waste (“Nothing we fought for will set us free”) hits powerfully. And as the track closes with looped riff, and repeated lyrics, the air is filled with the stench of exhaust from the metaphorical machine of war that ‘feeds for eternity’.

“Northern Fires (Guernica)” is clearly a powerful powerful track, brilliantly backed by the imagery of its lyric video with destruction and manipulations of a humanly figure. The release makes the band’s upcoming Australian and New Zealand tour in August with Make Them Suffer, Oceans Ate Alaska, and Thornhill even more exciting. Check details/dates at the end of the article, and get tickets via http://www.makethemsuffer.com.au/. 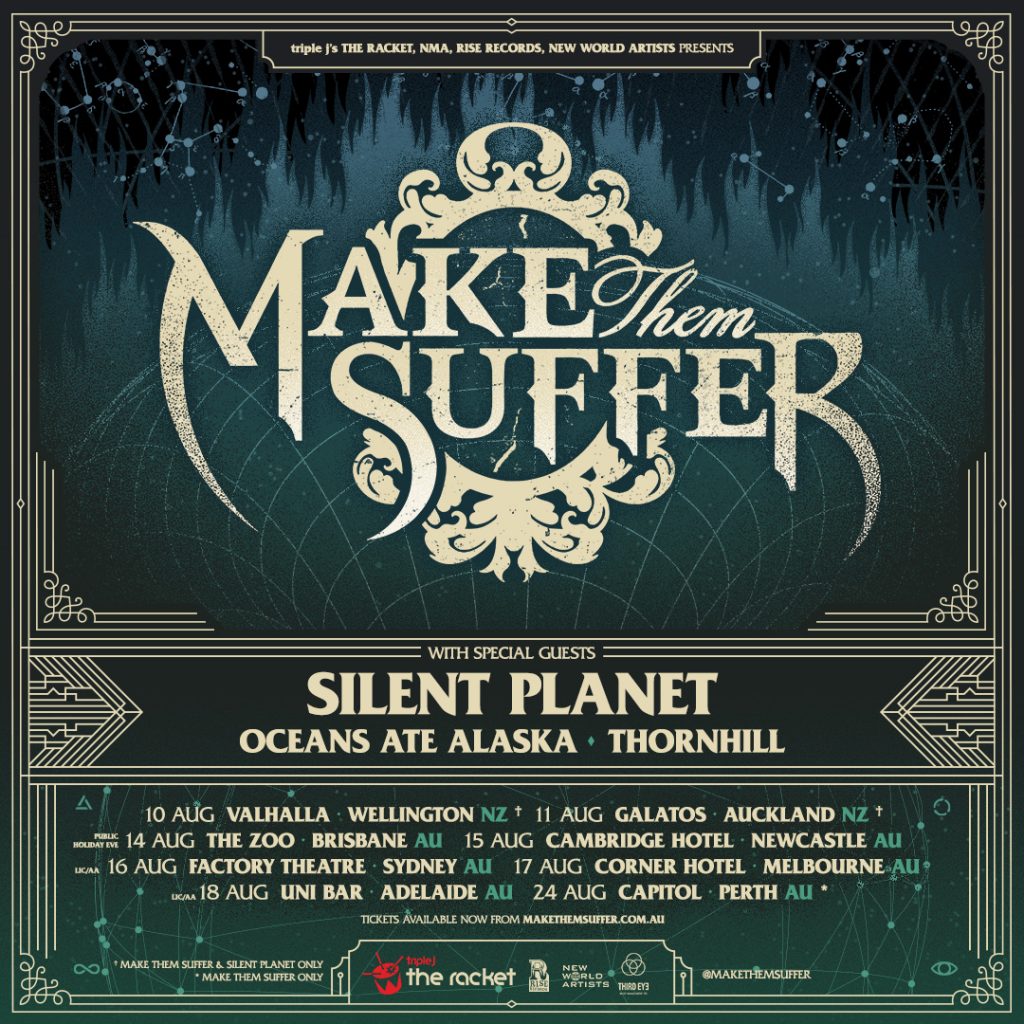