The hype has been extreme for Sydney metalcore band Northlane‘s new album Mesmer, with its cryptic Facebook messenging campaign leaving us curious and excited. In amongst the campaign, if you blinked you would have missed the 24th March release date, but it was there, mashed up against what seem like lyrics:

So on 24th March, after being teased with beautiful imagery and mysterious messages, Mesmer has landed, with a whole lot of heart and generosity. In the album release announcement, Northlane acknowledged the luxury they had, at this stage of their career, to be able to travel and create music without having to go to jobs; thanking their fans for this privilege:

“You free us to be the artists we want to be.”

They shared that to them, “Art is an experience, and to us it reserves no room for competition, and the only accolade that matters to us is the place this holds in your heart.” Northlane also downplayed the role of sales and charts, stating that “nothing compares to the feeling we get from connecting with our fans who love and respect our art. To share in that with them is everything to us, and when it came down to it – it was the one thing that mattered the most.”

Northlane created Mesmer together in The Barber Shop Studios in New Jersey. There they worked intensely for two months with producer David Bendeth, who has opted to train in psychology to further enhance his role in working with people creatively. The band members shared that David was able to break down barriers that they were holding, getting to the core of who they are, naturally making them more vulnerable and honest with each other. Northlane members described that the experience had them ultimately more connected with each other, and more deeply emotional in their music.

The album title, Mesmer, is named after Franz Mesmer; a German physician who theorised the existence of a transference of energy between all things (known as ‘animal magnetism’), his theories eventually leading to the development of hypnotism. This unique title choice combined with the intense production process and deep vulnerability already had us greatly curious to go deeper as to what Northlane were sharing on the album. Our track-by-track review of Mesmer continues below. 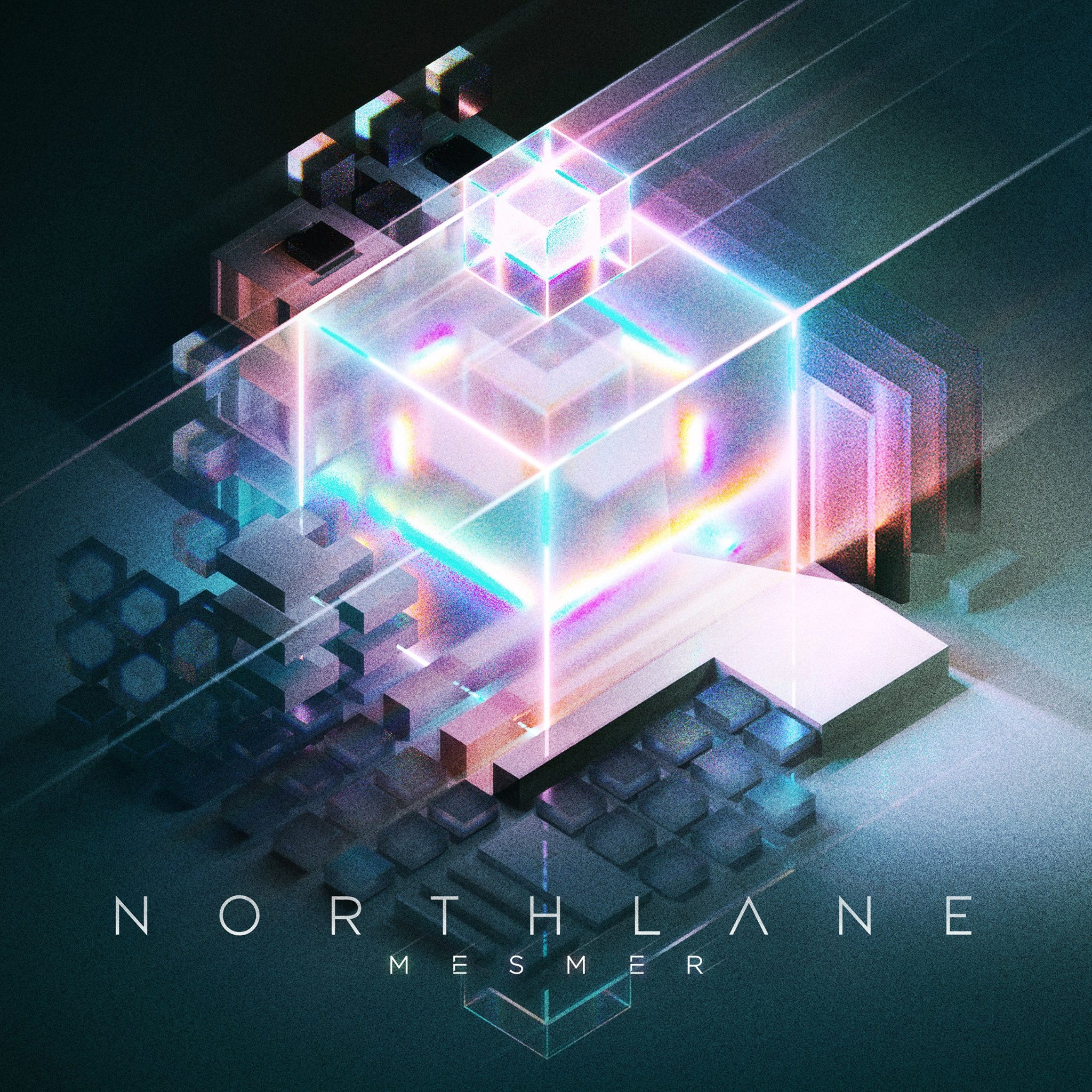 “Citizen” is the first track on Mesmer and we have met this ‘creature’ already, enjoying its metaphors of beams of light and the presence of barely detectable containment.

“SAVE US!” it calls, on behalf of citizens who are unaware of how un-free they actually are. “Citizen” presses, with relentless djent waves, up against what we think we know, asking us to go deeper and deeper.

A hum from “Citizen” extends and flows into the second track “Colourwave”. We could not be more moved by this beautiful track if we tried. It is incredible: It’s poetry, reality and encouragement through difficulty all in one.

In the first verse it speaks about pain, seeming to relate to emotions, with them tethering us to a moment in time and being overwhelmed and stuck by the experience. It then introduces the metaphor of rain as realisation, where realisation strikes and is not necessarily an easy thing to experience.

The same metaphor is continued and the band speak of the the fact that ‘droplets of life‘ may be in freefall, and may be ‘hammering into the soil‘, but they are also ‘carving new streams of essence, through turmoil‘; having us learn more about who we are as part of this experience. Important, powerful and beautiful. We’re ever growing and ever responsive in the face of all that we go through, no matter how difficult.

“I am just as fluid, as immortal and lucid
As the Earth that morphs, in the violence of a thunderstorm”

Musically, “Colourwave” expresses the raindrops with a building drum focus, as well as ebbs and flows by way of clarity and heaviness with the intensity of the statement given.

(I’ll be re-listening to this. Again and again.)

“Savage” is third on the album. And again we are moved at the power of the message being shared by Northlane, within this track of morphed and distorted metalcore brilliance.

“Savage” is commentary on the motivations of humanity, as we war with each other, and forget the bigger picture, including how we could be united. A similar powerful sentiment has been shared by other artists, such as Avenged Sevenfold (in the masterpiece that is “Exist”), wondering about our man-made wars and subsequent destructive ways, instead of realising that we’re all humans, who equally bleed and breathe, contained on a ball hurtling through space. We all share the same sun and same source of energy. These things unite us.

As “Savage” comes to a close, there is a shift into spaciousness where vocals become of a focal point and we’re pulled to take a higher perspective of all that we are.

“Look down at our earth
Through the eyes of the sun

From the beginning, the fourth track “Solar” feels like the lightest track we’ve ‘met’ so far on the album, and the relatively gentle clean vocals reinforce this. The track seems to be commentary on how we’re treating the planet: overpopulating it, turning it into a wasteland, draining it of finite resources. It’s describing how we’ll destroy it and move on to (..destroy) another.

We could assume, within a song named “Solar”, that ‘taking a good long look at the horizon’ means to look toward the sun for alternatives to our over reliance upon mother Earth.

“Heartmachine” is track five and draws a connection with us as feeling and emotional beings, operating within a machine driven by our hearts. Descriptions are given of the impact that our hearts (emotions) have upon us: in breathing, eating, felt as aching, feeling stuck, getting hopes up unnecessarily, painful reminiscing, and over sensitivity. It feels like this track is poking at the fact that we truly are constantly affected by what we’re feeling within.

Musically it’s another gentler track and it feels like we’re danced around by a beat that shifts as the song moves on.

“Intuition” is at track six, and pulls us back toward Heavy Town with unclean vocals and pummelled high speed drums from the second verse. This track carries frustration of people not seeking the truth of who they are, and not following their passions, just following the ‘script of reality‘. The feeling of the track still remains aggressive at the dreamier chorus of “Wander, question, find your obsession”.

“Virtuosos wrote your thoughts in a symphony
Paradigms, transcribed
Under the supervision of conductors
To our dissonant chorus
We orchestrate their composition
They call it order”

“Zero-One” is another powerful track calling toward the same new sense of awareness that “Intuition” is. It refers to falling into dream states to gain awareness, our knowledge (‘mind’s eye‘) being blinded by things we decide to change from an unenlightened perspective.

“Like most of us I was misled into a swarm of noise and distortion
Eroding my deepest thoughts before my inner voice had spoken
To remind me I’m gifted with the power to dream • To see what has
Never been seen • But I handed it over, consumed by culture
Cloaking the eyes of the visionary”

The final word of the lyrics is ‘Hypnosis’, which with Mesmer as the title is likely referring to the technique of hypnosis as being one way to tap into those deepest thoughts, visions and inspirations.

Musically “Zero-One” at the introduction takes a sped up sound effect and slows it down, mirroring the description of a ‘swarm of noise’. There’s heavy urgency relating to reclaiming your life, and being aware of what you/we are actually capable of!

The next track is “Fade”, with its searching and stadium filling sound. It describes the pain of loss, taking an even darker djent-fueled turn, before a blistering finish, morphing into something more serene.

“Render” at track nine with looped riff feels chaotic and a touch anxiety-inducing. The track questions what our reality actually is, and wondering who is actually driving this ‘biomachine’. It’s asking, if we rely purely on physical senses, is this all there is?

“Render” feels musically complex and has breakdowns that I opted to describe as ‘crazy AF zappy breakdowns’. There’s a very cool shift at 2:33, with vocals peaking into something both powerful and floaty, echoing a sense of un-reality.

The heartfelt “Veridian” is next, describing the process of letting a loved one die. It was a tough track to listen to, being expressed from the view of the one that is on the verge of dying, requesting to die with dignity. It’s performed strongly despite being a topic of emotional vulnerability. The screams to ‘turn off the machine’ and ‘let me leave this world in peace’ hit hard. The end of “Veridian” poked hard in the feels, seeming to reflect the moment when the person is finally allowed to die.

Mesmer ends with “Paragon”, which is a dedication to Architects guitarist Tom Searle who passed away 20th August 2016. ‘Paragon’ meaning ‘a person or thing viewed as a model of excellence‘, it was clear that he meant a lot to the band.

“Paragon” begins with pulses and slips which escalate into silence, before heavy guitar and stirring vocals. It’s a powerfully moving track, strong in remembrance and deep respect.

It’s emotionally moving and inspiring, taking the uniqueness of Northlane’s intensive and vulnerable recording experience, and asking potent questions and speaking about things that might not ordinarily be spoken about, especially not in the context of metalcore.

We’re richer from their collective experience that brought this album to life; to wonder about our lives, this planet we live on, our connections, our emotions, and mortality itself.

Mesmer is something special, with tracks that will continue to inspire as people listen and ‘go deeper’.