Introducing Grizzlyshark! Fresh on the scene since their formation in October 2017, the Brisbane newcomers are ready to bring their music to the world. The four piece of Andrew Taylor (vocals & rhythm guitar), Joey McClennan (vocals & bass guitar), Liam Kelly (lead guitar), and Adam Nicholson (drums) had a hand from Troy Brady (formerly of The Amity Affliction) with recording their debut EP Restart, which we’ll get to hear when it releases on 20th July.

The two-track EP reveals a gaming theme, when its ‘Restart’ title is coupled with the first single and video “Game Over”. We are very happy to exclusively share “Game Over” with you today! 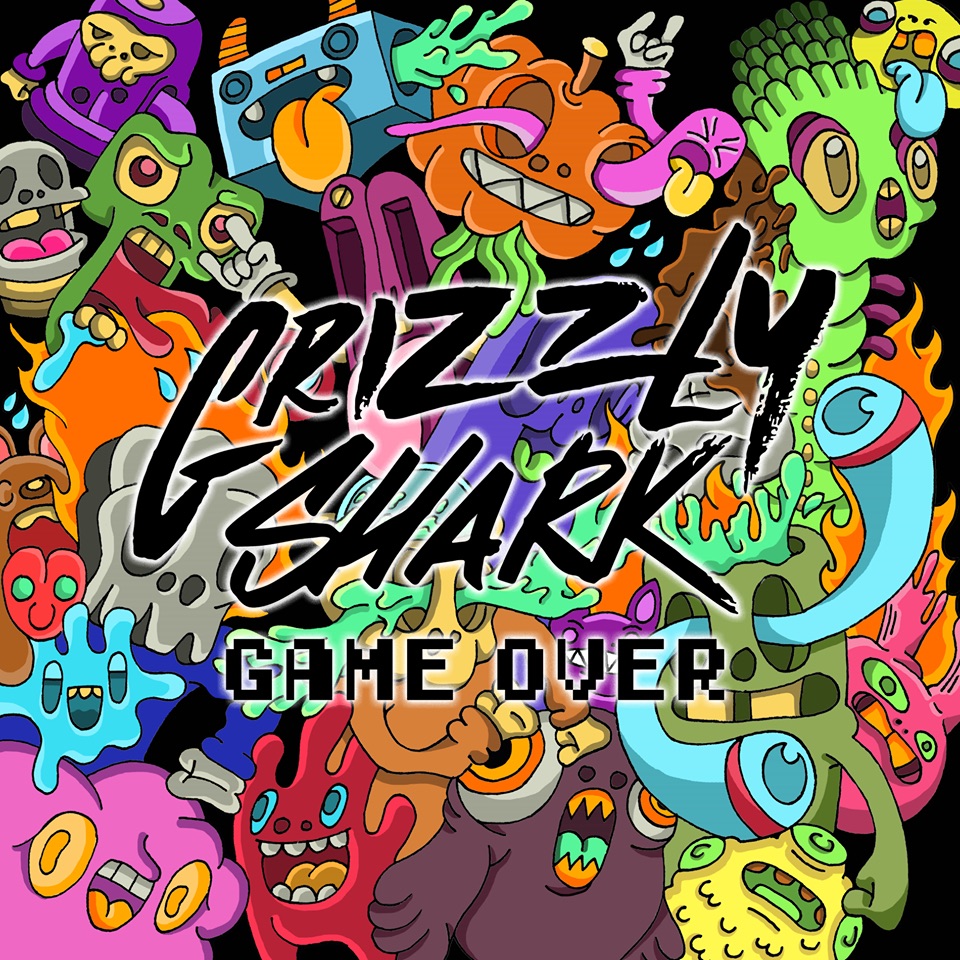 With pointed riffs and a quick-fire pace, the downward tumbling and hard-hitting “Game Over” is drawing and intriguing from the beginning. Dual vocals bounce easily off each other and join forces at times, making it a pleasure to get into what’s being shared by the band. Accented by unique sections of rhythm and timing, this is an impressive and moreish debut.

The track was one of the first truly collaborative songs that Grizzlyshark wrote; the band considering it a first step for their direction of music together. This theme of newness continues into the concept of the song itself, as “Game Over” touches on struggles to adapt to change.

Andrew Taylor shares that at the time of writing “Game Over”, he was uncomfortably observing people who were clearly stuck in limbo when it came to adjusting to transitions in their lives. He says “The song itself is about struggling to adapt to dramatic changes in life and watching those around you struggle and either succeed or fail to adapt. At the time of writing “Game Over”, I was watching a lot of people around me trying to adapt to various new jobs, new homes, and new lifestyles, or just not being in high school anymore. Some coped, others didn’t, a lot just sort of sat in this weird middle state, which I guess is where the song gets most of its influence from in terms of lyrics.”

The lyric “Have you ever seen the lights go out in someone’s eyes? No, it’s alright. It’s just a matter of time” is a favourite of Andrew’s.  He elaborates on it to say “I remember watching a mate take too many punches from life in one hit and honestly seeing the light go out in his eyes for a week. He was just running the motions until he could bounce back. I feel everyone has moments like but to see it happen has really stuck with me.”

Both eloquently and fiercely fighting back against an empty and blind existence, Grizzlyshark’s debut is a strong one! Check out “Game Over” below via the music video, and follow the band on Facebook if you like what you hear.