The Gravemind group chat must be abuzz with all that’s going on for the Melbourne band right now! Premiering via triple j, Gravemind’s new single “Volgin” has been released, along with the news that their debut album Conduit will release on July 19th, via their new home at Greyscale Records! Congratulations, Gravemind!

To the uninitiated, Gravemind are a band that do things with thought and deliberate care, including their live performances as well as music releases. The music comes across as a powerful extension of creative ideas more than the centrepiece. Over several conversations with Gravemind, it has become clear to me that integrity and authenticity are of utmost importance to them as a band.

In vocalist Dylan Gillies-Parsons’ words: “At the end of the day, we want our audience to believe us. What I mean by that is: I want them to know that we mean what we say, and we’ve put every bit of thought and taken every precaution with it. Anyone can make music nowadays, and with the right advertisement and manipulation, they can grab the limelight. So I guess what we try to do with this kind of merchandise, and narrative, is give a means for our fans to believe the integrity of the music.”

Though I don’t have insider knowledge, I am going to assume that the semi hieroglyphic font, and the cryptic means of announcing the band’s signing and music on the way were the brainchild of Gravemind, and that what we’re seeing today with “Volgin” is only the tip of the iceberg to a bigger story. There have been narratives involved in every Gravemind release to date, aside from “Lifelike” which stood alone.

So, let’s talk about “Volgin”. My first experience with this song came courtesy of the music video, which was the concept of Dylan Gillies-Parsons together with cinematographer Ed Reiss, who directed and edited the video. From early in, this was a gripping “wow” experience for me as a viewer and listener. The video shows a man who experiences a clear vision who then attempts to draw others’ attentions toward it. In the process of this, he is contained and controlled, and branded as insane. Making for the perfect first single, the vision of “Volgin” is what we see in Conduit‘s album artwork; a rectangular structure that looms high above everything. 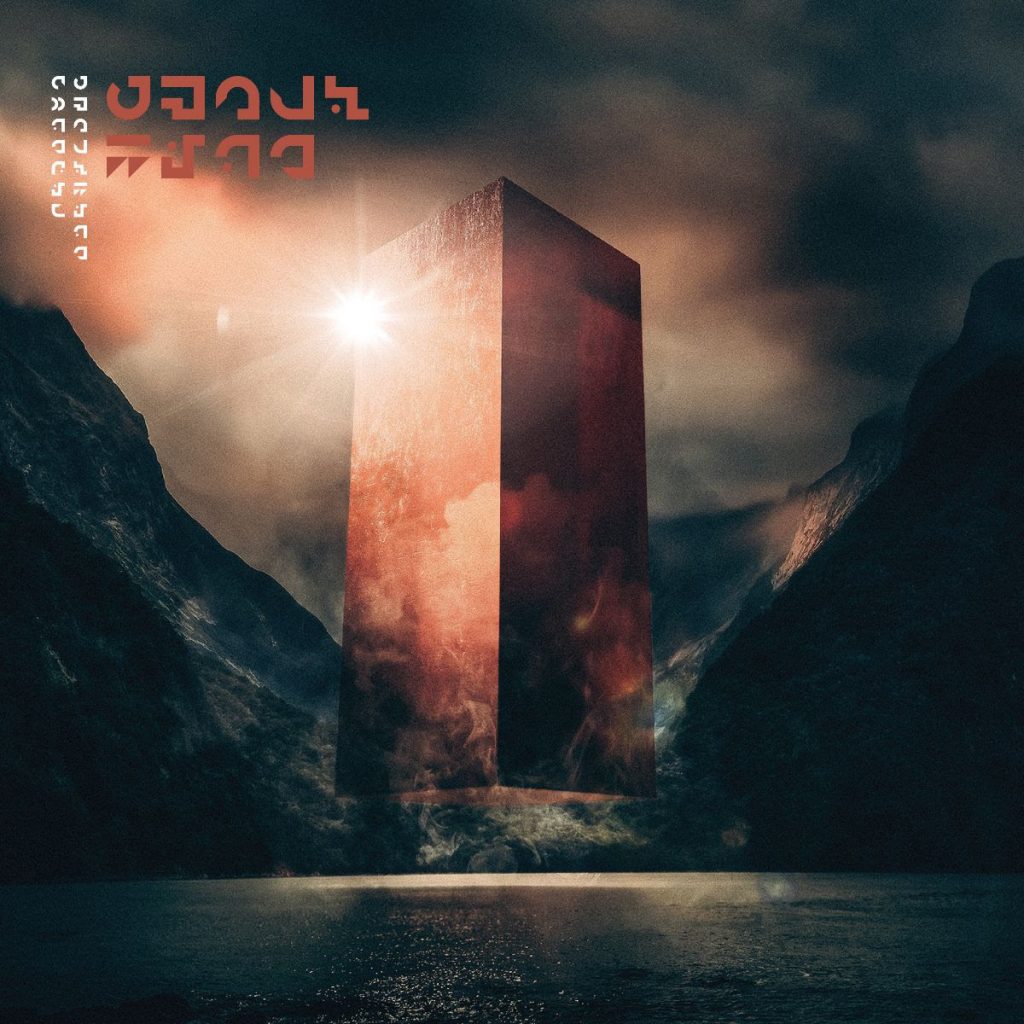 Literal vision aside, I’m loving the way that this could work as a metaphor for other ‘visions’, such as creative ones, and the means in which they can also be judged, rejected, mocked, not understood, or contained, all while persisting in someone’s mind and world. It’s a relatable experience; to attempt to passionately express an uncommon point of view that is met with blank stares or refusal.

Adding to the creation of the contained state for our character of “Volgin” are the visual flashes, the ‘blink and it’s gone’ visions, the suffocating metallic heaviness, and the fiery roars. The vision is king, and a desperation to go ‘back’ and subsequent sense of alienation/loneliness in the lack of understanding is brilliantly visually demonstrated in the video. Zig-zagging into the lyrical story, of following something play out until the end, Gravemind have created a song that’s electric and intense, and also so easy to immerse in.

Even when sedated or shocked, the tower visual remains for our character, seeming to call to him; inspiring fight as he thirsts for freedom and truth of what he believes in. This search leads to eventual destruction, courtesy of burning flames, menacing riffs, and oh so satisfying rhythms. And yet… there may be a glimmer of possibility amongst the flames?

It’s an understatement to say that I’m keen to hear and see what’s ahead from Gravemind as they reveal more of the Conduit story! Watch the music video below, and pre-order Conduit via Gravemind’s website.