The Depth Magazine team has been greatly benefited by the addition of Josh Hockey, lending his creative take and passion for music to authoring articles about the scene. Joining us earlier in the year, Josh is all-in to the Depth experience, and excited about what we’re building.

It was with drum lessons around the age of 13 that Josh started getting into alternative and heavy music. He took the lessons along with friends and inevitably conversations turned to music, talking about which songs they planned to learn/cover.  With friends mentioning Slipknot and Parkway Drive, it sparked an exploration into what had previously just seemed like “very very scary” yelling. Josh remembers loving “Duality” and “Snuff” by Slipknot, and “Dark Days” by Parkway.

It just grew from there, where a handful of heavy songs on his iPod grew into a collection thanks to friends sharing endless recommendations. The interest grew and so did an appreciation for the bonds that music can inspire. “With that, I fell in love with it. It has really brought me and a few of my friends closer together over they years too, and always having them to go to shows with has made it incredibly fun.”

The Amity Affliction and Parkway Drive were the two stand-out bands for Josh’s introduction into heavier music, with “Open Letter” being THE song that he says got that got him “fully into it and wanting more. Chasing Ghosts was ridiculously huge for me. If that album didn’t exist, I don’t know where I’d be, to be honest.”  It seemed like something of an awakening for Josh when he experienced the mosh pit at an all ages show for Parkway. “I remember stepping out covered in sweat and just thinking, ‘Shit, what’s next!’.”

Writing about music was something he’d always been interested in, regularly poring over his collection of Blunt magazines. He began to pursue it by enrolling in a Journalism course at university, with the intention and hope that this would open doors for him as well as teach him the lowdown of writing. Finding that the course was focused on news media written for TV or newspapers and not gelling with this at all, Josh started to resent the course. “I was studying and really not liking it. I hated class. I hated the assignments. The only reason I was sticking around was because of my friends in class.”

With this, Josh emailed online music magazines trying to create an opportunity for himself. “And lo and behold Kel actually took the time to reply and give me a shot. I can’t really express my appreciation for that enough, because without that I wouldn’t be here now doing what I want to do. With that I’m out of uni and moving to Melbourne to follow writing more, as well as be more involved in the industry.”

For Josh, he’s inspired to write to give music the attention he feels it deserves. “It’s done so much for me, so I want to give back by writing about it, drawing attention to it, and by making people aware of how amazing it is. Bands put so much personal energy, effort, and emotion, into their music, helping so many people with their own personal issues. It’s important to write about things like this properly and do them justice. It’s an industry that needs to be kept alive and if I can help do that in any way shape or form, then great, that’s what keeps me wanting more.”

One of the bands that has held importance to Josh is Trophy Eyes. Since being on board with Depth Magazine, Josh has had the opportunity to review the band’s freshly released album The American Dream, as well as get on the phone with frontman John Floreani for an interview and tell him personally about what the band’s music means to him. “A literal dream come true” says Josh.

In terms of other favourite gigs he’s covered for Depth, the Stuck Out launch show for their You Won’t Come Home EP is a stand out, as is the Pridelands launch for Any Colour You Desire EP. Of other projects he’s been a part of, Josh says “My recent review for Shangrilá’s upcoming EP Love and Leaving was probably my favourite review to write” and the interview with Clove was also a lot of fun. 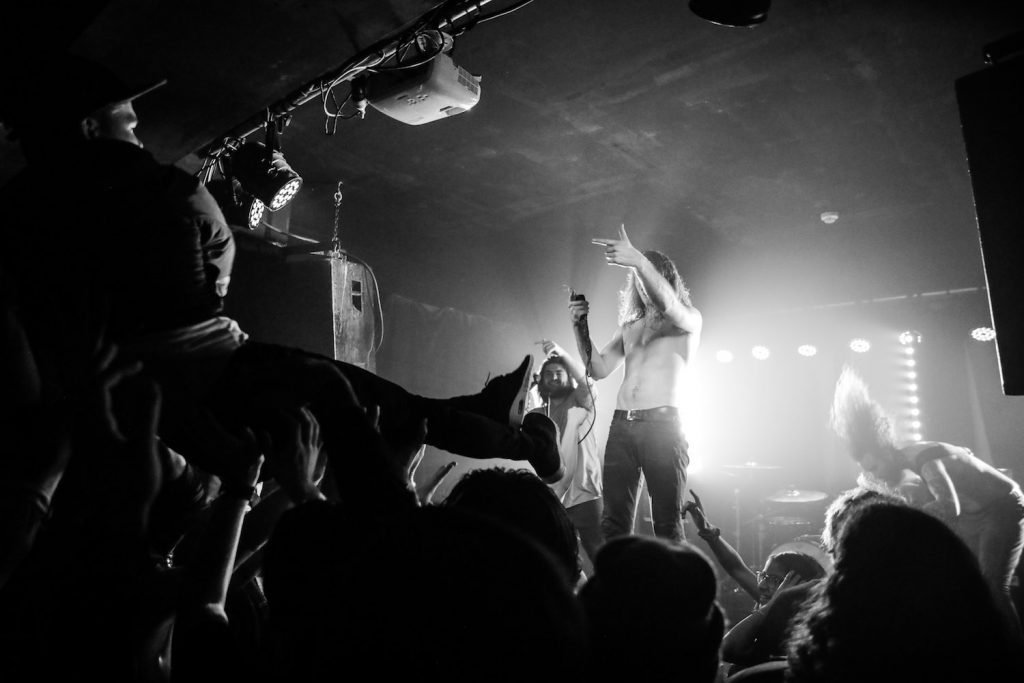 While he’s already creatively come a long way from when he began with Depth, Josh is keen to keep honing his writing to find his own style. He hopes to inspire readers to feel things in response to his words, and enjoys having his writing inspired by ‘weird creative stuff’ that comes into his head. He’s humble enough to say that before he began writing that his expectations about what he wanted weren’t quite right, opening up into something more. “When I started writing I thought I just wanted to write basic stuff; give the facts and talk about how heavy or punky the instrumentals were. And yeah, I still do that, but I try to do so much more. I didn’t know how much I wanted to do something different until I started doing it – and loving it. It’s so fulfilling doing things your own way.”

When Josh considers Depth and our group of creatives, he says “I couldn’t think of any other place where I’d want to be. We’re all on the same team. We have the same goals, love the same things, predominately music, and we’re a small lil group so that’s nice. I’m proud of the care we put into everything we do, and it’s great to be a part of it. Everyone should read Depth, because as far as I can tell, it’s unique: No one does what we do, and that’s special.”