Cast your mind back to May 2019, when the up-and-coming Diamond Construct released their debut self-titled album. At the time, I’d gone into a review of the album assuming they’d be dishing up a string of strong yet relatively ‘samey’ pieces of metalcore.

In actuality, Diamond Construct had created something that I ended up referring to as “unique and exceptional”, and their determination to create music in the way that they wish to – irrespective of genre constraints – shone through. I’d summed up Diamond Construct by saying, “They’re saying what they needed to say, and doing it with unpredictable creative flare.”

This seems to have only continued and expanded with the creation of new music. The upcoming four track EP, DCX2, has been revealed as the next chapter of the Diamond Construct story (releasing 28th August via Greyscale Records).  First single “Psychosis” is an audible statement of that continued metamorphosis, as is a change in the lineup of the band. The Diamond Construct crew also now features DJ Callum Nicholls; someone whose skills were considered essential for a band forging ahead into more electronic areas.

It was easy to see at Diamond Construct’s set at UNIFY Gathering 2020 that there was a lot of love for the bounce and grit that the band bring to the stage in songs like “Hypno”. “Psychosis” brings a similar joyfulness to it, making it unsurprising to have guitarist Braden Groundwater quoted as saying it’s “more fun than ever before” writing music for Diamond Construct.  The new single, as well as the remainder of DCX2, will see the fruits of the band’s experimentation with electronic drums, guitar FX, and 808s, and their listening influences of modern trap and EDM.

Despite the joy and bounce, “Psychosis” sets a mood of seriousness from its introduction, with a panicked self-observation feeling like life is out of control. Electronic flares add to the darkness and grit, and spoken/whispered vocals paint a perspective of someone feeling weakened and defeated. It is a literal scream from vocalist Kynan Groundwater that seems to attempt to break the patterns that have the protagonist stuck.

As “Psychosis” continues, instrumental bombardment suits the bombardment of mental images that are being sung about, with an angular and rhythmic moment seeming to underline “I never liked that film anyway”. It all reminds me of similar themes that Diamond Construct shared, where urgings to “GET UP” and chase dreams were common.  The Ten Of Swords music video fittingly splashes judgemental text over footage of the band playing to no one in this internal horror movie song section.

At its chorus, “Psychosis” rears up in fury, coming to the listener like waves and with squeals and sharpened accents.  I could be wrong, but I interpret the song as urging someone to take control and make a change, as it won’t just happen on its own.

With pixelated drops in a blackened pool, “Psychosis” continues after the chorus with its whisper and drive. The short lines/vocal rhythms create a feeling of push and tension which is made increasingly obvious with an eventual leap into more brutal instrumentation.

By no means poetic or intricate of lyrics, “Psychosis” comes across like a conversation, with us hearing one side of a conflict, and the voice is both questioning and justifying. Its music video has moments of amusing cheesiness, but it’s feelgood more than trying too hard, and also matches the idea of having good times hanging with mates instead of remaining stuck in the internal ‘horror movies’. [Note: Next time I shop, I absolutely want to sashay down the biscuit aisle like Diamond Construct.]

Diamond Construct describe “Psychosis” as a single that encapsulates their new direction, so what do we think? As someone who fawned over “Hypno” as well as the creative flair of Diamond Construct, I dig it, but lovers of the straighter laced metalcore moments of the band may disagree.

For the DC lovers, DCX2 pre-orders are available now at: https://grysclrec.lnk.to/dcx2. Scope the EP cover art and tracklisting below. 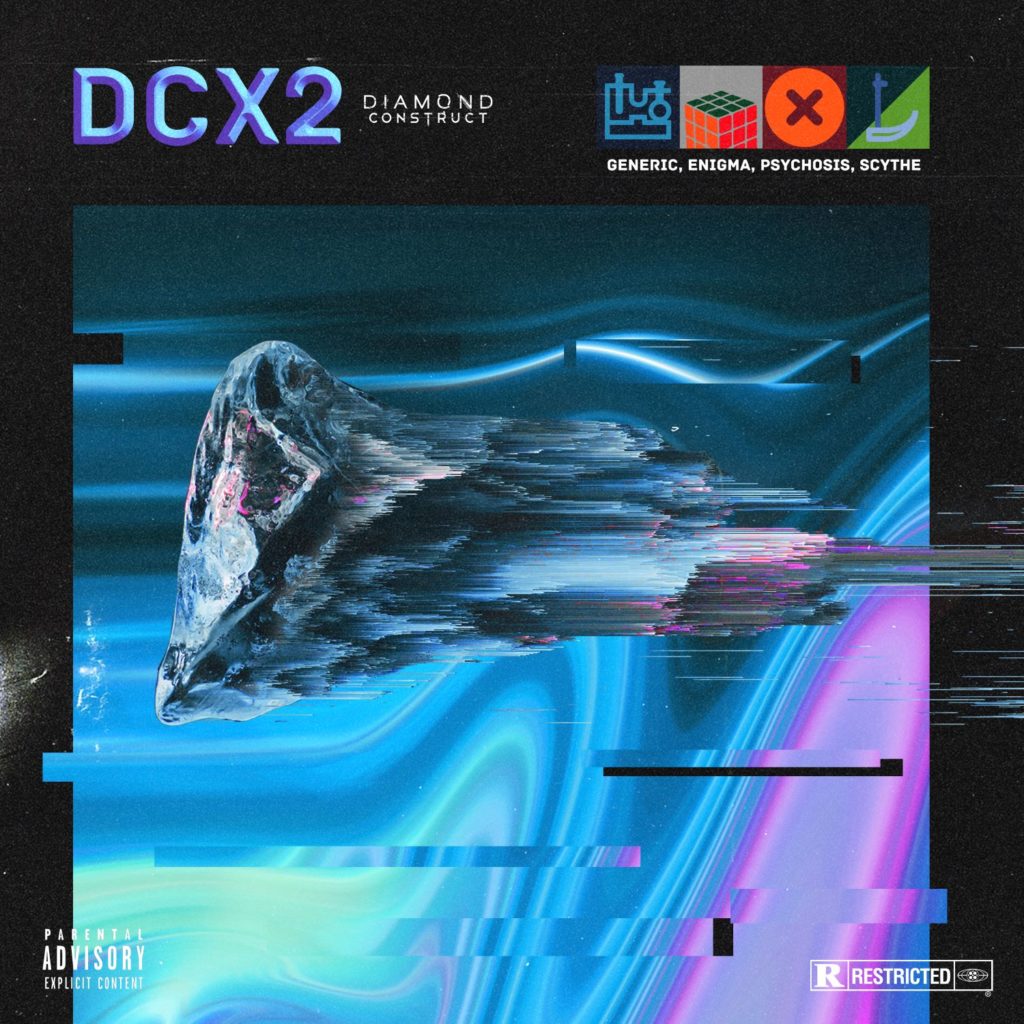