Having only really gotten into Japan’s, Crossfaith since their announcement on Unify Gathering 2019, I have become enthralled with their music. The way they go about writing and playing songs fascinates me. No one else does what they do, and their combination of immensely technical instrumental sections with electronic backings creates a ridiculously huge and anthemic sound. Their songs are filled with energy and passion, and every ingredient from the screeching guitars, to the triumphant vocals, to the backing electronic elements, is integral in making this massive musical pie that is Crossfaith.

They have recently dropped a new music video, showcasing their brutally catchy song, “Make A Move”, which is just one of thirteen recent killer examples of Crossfaith’s talent, all of which come from the recent album EX_MACHINA. It also features impressive footage from Crossfaith’s Summer European Tour. About the video, vocalist Kenta Koie said: “When you watch it you can really feel the sort of energy we put into our live shows!”

The song itself kicks off with vocals seeping underneath a snarling guitar riff, not much more than a whisper, they hauntingly demand that we “make a move.” Kick starting itself and flying into the heavy verses, harsh guitars are the foundations for the beefy electronics to build off and flourish. As that element of electronica builds, you are filled with an overwhelming sense of danger. The siren-like squeals lie underneath the guitars and drums, and make you wary of what’s to come.

Hinting at hip hop influences, the verses vocals take a rap-like form temporarily, before opening up and releasing the powerfully passionate cleans that lurk within. Quaking screams aren’t left out either, with Kenta releasing any anger has has inside with an almighty roar towards the end of the track. Matched up with the earth-shattering yet occasionally funky drums, the contrastingly growling/squealing electronics, and the brutally harsh guitars, the vocals feel powerfully triumphant, and every word hits you like a truck.

My opinion is obviously shared with those featured in the video, as Crossfaith are shown performing to ridiculous European crowds. Incredibly intense and brimming over with energy, the flashing lights and killer sound of the band appears to be just small aspects of a live performance that is something to behold. Heads bang back and forth and limbs are flying everywhere, and these guys are fucking rockstars.

Check out the video for “Make A Move” here:

And catch Crossfaith at any of their upcoming UK/EU Headline Dates: 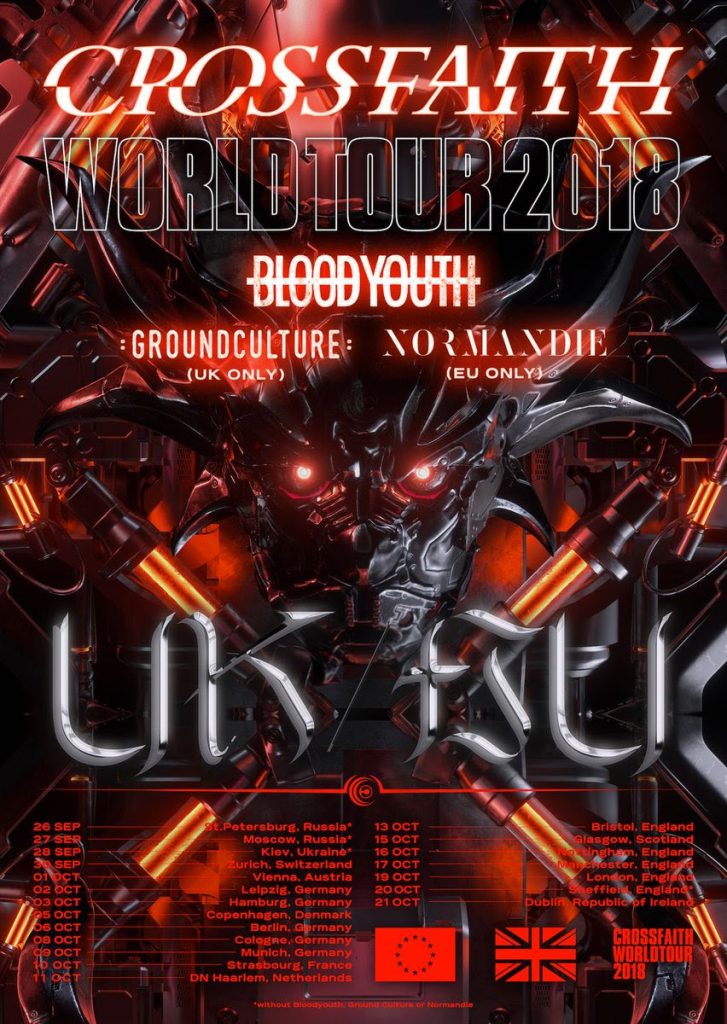 After Touch: The Transition From Easy Life