Pete Woolven shares that the inspiration behind “All I Believe” as loss. In his words: “”All I Believe” is a song about loss – losing everything you once built your life around, and everyone you care about. The song explores the feeling of helplessness when everything is changing around you and you have no control over it, accepting that and growing from it. It’s deeply personal to the band but everyone can make their own interpretation, not just the specific situation of what it means to us.”

“All I Believe” grows into a mammoth sound in its introduction, yet is explored with gentle compassion and curiosity as the vocals begin. This powerful shift in dynamic is moving; a surrender in the midst of the fight and the noise. Bursting out at the chorus, the fight is powerfully apparent again. From there the second verse shares itself with warmth and a sense of sparser anticipation, before dropping into a dark and entangled vibe. As the track comes to a close, ache is shared with a sense of being suspended in time.

We had the pleasure of reviewing A Conscious Motion last month, and highly recommend the EP receive multiple listens. UK friends can catch Cove on their first headline tour, in celebration of the EP. Details on that below. 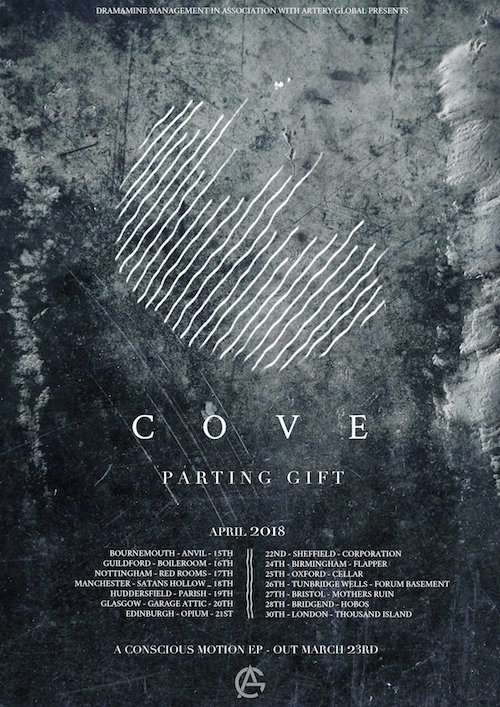