Bring Me The Horizon fans worldwide have been buzzing with the cryptic and intriguing path that’s led us toward the first studio release since That’s The Spirit (2015). Courtesy of billboards, phone numbers, and voice acted teasers, we’ve been led to a fictional entity of MANTRA which seems to be as horrifying as it is soothing.

Today we finally get to know where the hints and teasers were leading! The lead single “MANTRA” is here, AND we have the confirmation from the band that there is a new album on the way, amo. Written and recorded in Los Angeles over the summer, with Oli and Jordan Fish handling production, the band’s sixth album is set to release via RCA/Sony on 11th January 2019.

If this is not enough excitement, the Sheffield based band have also announced they will be embarking on a world tour! The ‘First Love’ tour will hit Australia in April 2019, with dates in Brisbane, Sydney, and Melbourne.

There is a lot to unpack here! Let alone a huge amount of hype coming with these announcements. Firstly, the album artwork: amo’s artwork looks like a CD that’s been found in a dumpster or at the side of the road. It features a soiled and wrinkled ziplock bag, a torn sticker, and an unmarked CD. Heart prints are clearly noticeable; a nod to the fact that ‘amo’ translates as “to love”.

Frontman Oli Sykes reinforces this love focus of the music on the way, saying that “amo is a love album that explores every aspect of that most powerful emotion. It deals with the good the bad and the ugly, and as a result we’ve created an album that’s more experimental, more varied, weird, and wonderful than anything we’ve done before.”  Considering the ‘ugly’ side of love, the album title might also be seen as a clever play on words by way of ‘ammo’.

First single “MANTRA” is our first indication of what to expect from amo. The YouTube audio is already interesting, featuring imagery of Oli in front of a staircase with serene and neutrally clothed people behind him. Anyone who called the MANTRA hotline from the (genius!) promotional billboards can probably recognise that same serenity of image as we heard with voice: “Welcome to MANTRA”. We might also hazard a guess that underneath the serene is someone desperate to escape. Things are not how they appear. The serenity is tearing at the seams.

Sonically “MANTRA” isn’t too dissimilar from the slick yet substantial blend of metal with electronic effects that we heard from the band with That’s The Spirit. With thunderous drums, large riffs, and tight rhythms at its introduction, “MANTRA” swiftly pulls us lyrically into a world of therapeutic trauma, where the damaged become the guides and gurus: Trotting out advice, while not necessarily facing their own hard truths. Anyone who has moved through a world of psychological/mind therapies may recognise a dissatisfaction here of leaning onto someone for help, who seems incredibly ill-equipped. The meditative guidance comes across lyrically, with the track veering into lighter electronic areas.

Coming with the anthemic and in-your-face choruses that we know and love of Bring Me The Horizon, we’re struck with the fact that skirting around the truth helps no one. This same theme of facing the uncomfortable is unsurprising coming from the Sheffield five piece, due to it being present in That’s The Spirit.

In Oli’s words in conjunction with the That’s The Spirit release: “The greatest power comes from having accepted your shadow parts and integrated them as components of your Self. Everyone carries a shadow, and the less it is embodied in the individual’s conscious life, the blacker and denser it is. At all counts, it forms an unconscious snag, thwarting our most well-meant intentions. One does not become enlightened by imagining figures of light, but by making the darkness conscious.”

I could be way off, but to me the disillusionment with those so-called gurus that are paid to help us, who haven’t faced their own darkness, shines through in this lyrically sarcastic track. “Before the truth will set you free, it’ll piss you off” is already a reinforcement of how enlightenment is gained not from aiming for serenity, nor chanting mantras while draped in pastel, but letting yourself face the confronting/dark reality of a situation: being pissed off in the process. 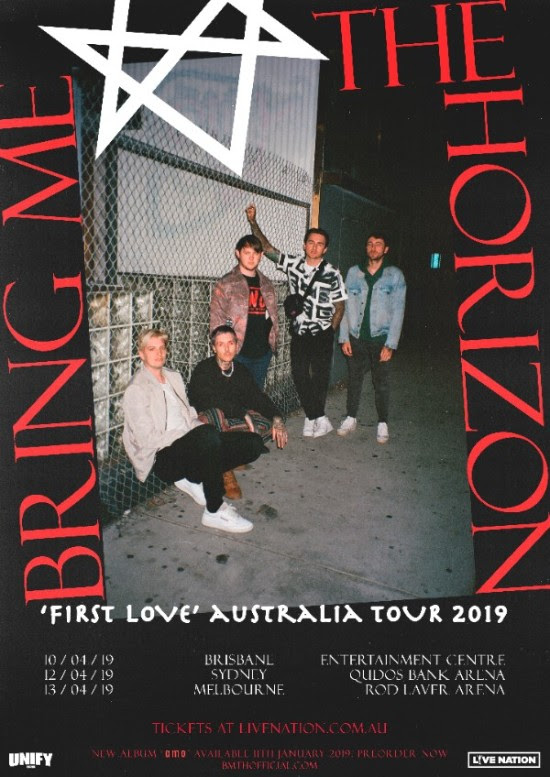