It is our absolute pleasure to introduce .afterthought to you today, and their debut single, “Disconnect”.  Though this is a brand new band for 2021, there are familiar faces in the .afterthought crew, and their collective experience gives the fresh project an immediate established feel.

.afterthought are led by vocalist Anthony Syle, formerly of Foxblood. Anthony shares that after leaving Foxblood, he felt “pretty out of love with music”. At the same time, he was going through personal mental and physical health issues which had him feeling burnt out and unsure of his direction – musical or otherwise.

Enter Anthony’s friend Nick Ross (guitarist and producer, formerly of Acrasia) who was simultaneously going through a period of uncertainty of his own. Though the two had never worked together, a fateful stumbling across “Sleeptalk” by Dayseeker led to a rush of inspiration for them both, planting the seeds for .afterthought.

It wasn’t long before the two realised they needed to bring some people in. “We thought ‘Hey, this could actually work!’,” says Anthony. They reached out to close friend Luke Weber who had been looking for a challenge to push himself further as a musician. That challenge sees the drummer of Dream On Dreamer and Wither now playing bass for .afterthought. To complete the four piece they’d envisioned, the band features Blake Hetherington on drums. During 2020, the guys took the time to write music, honing the sound they were looking for. Anthony feels like they’ve achieved exactly what they intended.

“I disconnect for the hell of it”

“Disconnect” as debut release gives a sweeping crash course into the .afterthought sound. From its thunderous introduction with hints of electronic sparkle, the song leads the listener into the vulnerable paring back of the vocal-focused verses, through to earthshaking and soaring choruses. With all that unfolds over its duration, “Disconnect” solidly highlights the band’s dynamic capabilities.

Thematically, this melodic beast of a track highlights a person’s struggle in the wake of a difficult relationship. It’s about that sticky kind of experience that’s hard to shake out of your brain, and the subsequent desire to make it go away. The song captures this in full; with the subdued moments showing the reflection upon the past, and the explosive frustration being palpable in the “I can’t fake it anymore” fury of the choruses.  A trance-like, building bridge moment adds some heft to the track, reflecting the bittersweet state of numbing oneself out.

Straight from the horse’s mouth, Anthony explains that “Disconnect” was written about dealing with troubles in relationships, memories that just never seem to leave, as well as life in general. He says “The way I would deal with those situations wasn’t healthy at all. Be that with alcohol, other substances, and just plain self-destructive behaviour. “I disconnect for the hell of it” is pretty much the line summing up that I just didn’t care anymore at that point.”

As to the band name, Anthony says “Essentially we thought it looked cool!”. Sharing more about the thought process behind it, he says that the band name ties into the idea of not being a priority to someone you care about. The stylised use of the full stop prior to the band name doubles down on the ‘after’ idea; with the band name literally placed after the end of the thought.

“Disconnect” releases everywhere tomorrow, but you can listen to it early, right now. Melbourne friends can also catch .afterthought in the flesh at their first show next month, appearing as support for Bad/Love at Max Watts on 21st May. Show details below! You can keep up to date with .afterthought on Facebook. 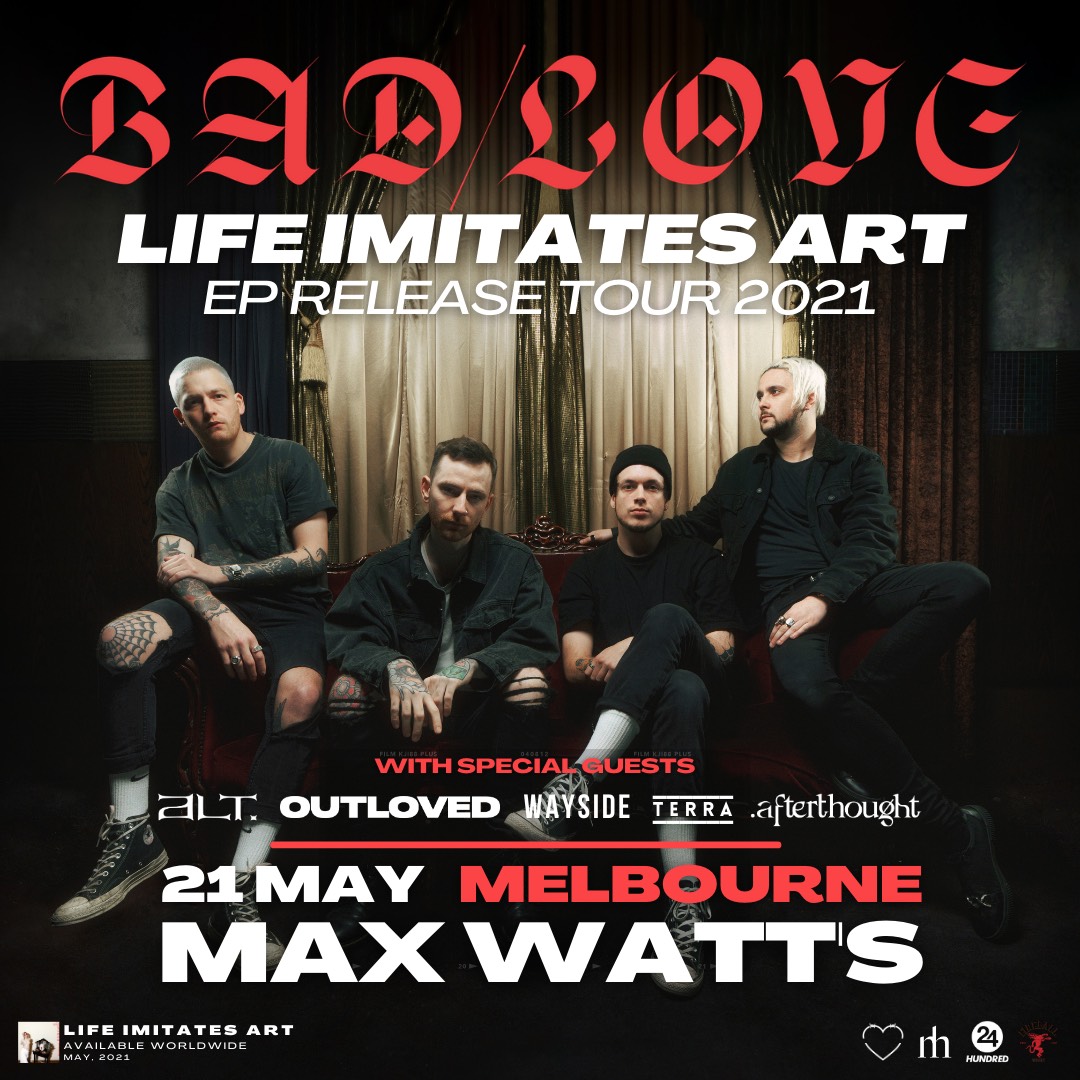